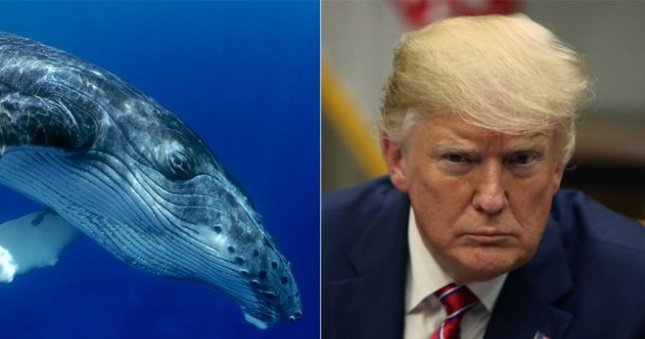 President Trump was mocked online today after writing about the ‘Prince of Whales’ in one of his tweets.

Trump was quick to jump on to Twitter to respond to a news report which claimed he said he’d listen if foreign governments offered him ‘dirt’ on opponents.

But in his apparent fury, he misspelled Wales, the country in the United Kingdom, when referring to the title of Prince Charles. 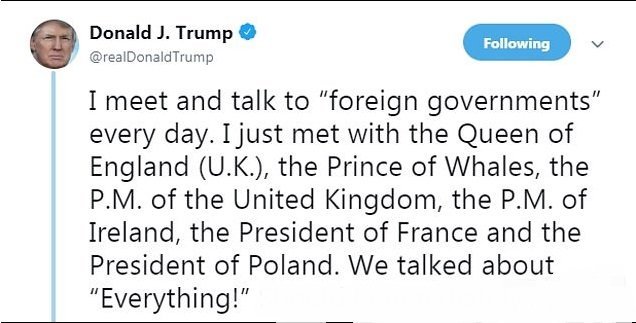 Some pointed out that the Queen of England is not the correct title for Queen Elizabeth II, who is actually Queen of the United Kingdom, although Trump did write ‘U.K.’ in brackets.

Others thought it strange that the underlying suggestion of the tweets was that the the British Royal Family might have information on Joe Biden or other Democrat opponents.

The title Prince of Wales is traditionally bestowed on the heir to the British throne, Wales being one of the four countries that make up the United Kingdom, along with England, Scotland and Northern Ireland.

Prince Charles met Trump last week for tea in London as part of his state visit to Britain.

First photos in from Trump’s meeting with the Prince of Whales pic.twitter.com/MclQIT9G2A

Oh look! The Price of Wales and a whale! Or is that the Price of Whales with a Wale? pic.twitter.com/aBPYoBMQhG

“The Prince of Whales” pic.twitter.com/YM4qzswAk7

He may be the Price of Whales but he’ll never be the King of Sharks pic.twitter.com/MmJiENd9T0

DOES THE PRINCE OF WHALES RULE OVER DOLPHINS TOO? pic.twitter.com/hgbI10VrSs

Somebody’s watched Aquaman one too many times. pic.twitter.com/gWJdz5sZSI

Trump later deleted the tweet and replaced it with one that spelled Wales correctly.