WATCH: Jon Stewart Emotional Plea To Congress For 9/11 Victims – “It’s An Embarrassment To The Country” 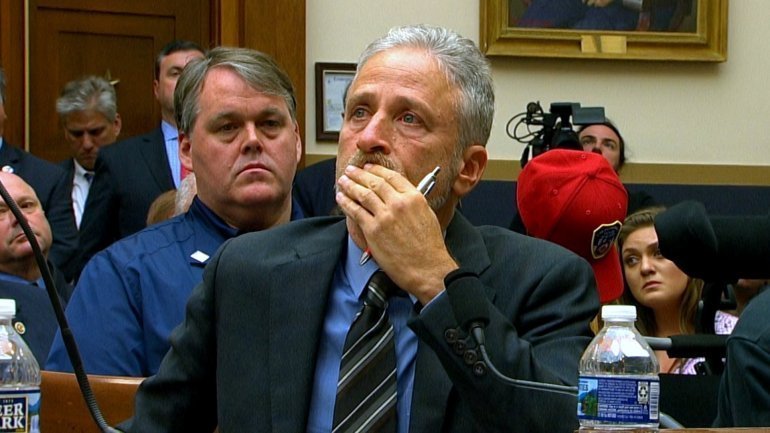 Comedian Jon Stewart lashed out at Congress today for failing to ensure that a victims’ compensation fund set up after the 9/11 attacks never runs out of money – as just five members out of 14 turned up to hear the victim’s appeal for more support.

Stewart, a longtime advocate for 9/11 responders, called out lawmakers for failing to attend a hearing on a bill to ensure the fund can pay benefits for the next 70 years.

Pointing to rows of empty seats at a house subcommittee hearing room, an angry Stewart, 56, said that ‘sick and dying’ first responders and their families came to Washington for the hearing, only to face a nearly deserted dais.

Fighting back tears, the former Daily Show host said: “A filled room of 9/11 first responders and in front of me a nearly empty congress. Sick and dying, they brought themselves down here to speak to no one. Shameful. It’s an embarrassment to the country and it is a stain on this institution.”

The damning and at times heartbreaking speech earned Stewart a standing ovation from the first responders around him.

The Zadroga Act pledged in 2015 to extend medical coverage until 2090 but now thanks to a rapidly dwindling kitty will fall short, which prompted Stewart and a host of victims’ families to appeal for greater funding.

Legislation has set aside $7.3 billion dollars to compensate the victims of the 9/11 attacks and their families, including those killed and first responders.

But $5 billion has already been paid out, and families and their advocates say at least another $5 billion is needed to cover pending claims.

Lawmakers have since proposed paying out claims at 50 percent of their value – sparking backlash from supporters.

He added that the ‘disrespect’ shown to first responders now suffering from respiratory ailments and other illnesses ‘is utterly unacceptable.’

In front of Stewart was ​House ​Judiciary Committee Chairman Jerrold Nadler​ of New York, along with ​Democratic Reps. Steve Cohen​ of Tennessee​, Mary Gay Scanlon​ of Pennsylvania​, Jamie Raskin ​of Maryland ​and the top Republican in the ​Judiciary subcommittee, Rep. Mike Johnson ​of Louisiana.

The other committee members were all absent, represented by empty chairs.

Stewart said that families want to know ‘why is this so damn hard and takes so damn long?’.

And he pointed out that the official recorded response time of FDNY firefighters on the day of the attacks was just five seconds.

Gesturing to rows of uniformed firefighters and police officers behind him, he said the hearing ‘should be flipped,’ so that first responders were on the dais, with members of Congress ‘down here’ in witness chairs answering their questions.

The collapse of the World Trade Center in September 2001 sent a cloud of thick dust billowing over Lower Manhattan.

Thousands of construction workers, police officers, firefighters and others spent time working in the soot, often without proper respiratory protection. 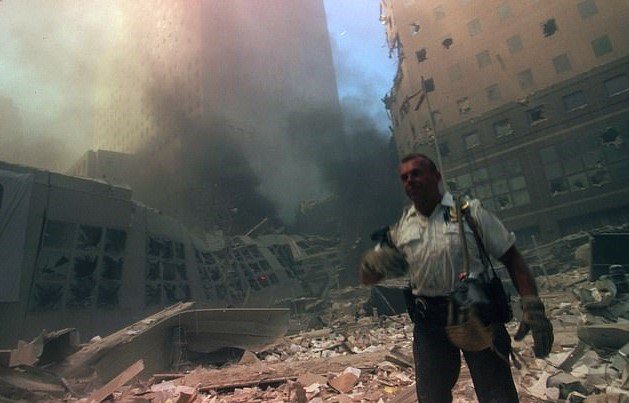 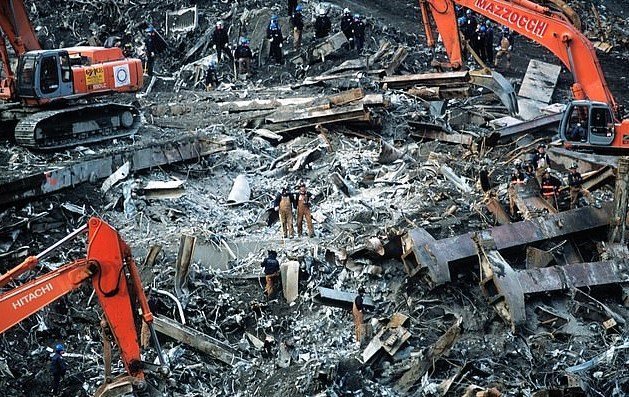 In the years since, many have seen their health decline, some with respiratory or digestive-system ailments that appeared almost immediately.

Others have developed illnesses later caused by the toxic dust on the site, including cancer.

One such case is that of cancer stricken Luis Alvarez, who spent time searching roof tops for victims soon after the towers fell, and is currently on his 69th round of chemo.

The trip to Washington interrupted his medical treatment but he said: ‘I want my kids to know that dad did everything he could to help other police officers get though this.’

‘This fund isn’t a ticket to paradise, it’s to provide our families with care,’ said Alvarez.

‘You all said you would never forget. Well, I’m here to make sure that you don’t,’ Alvarez said to a room of loud applause.

More than 40,000 people have applied to the September 11th Victim Compensation Fund, which covers illnesses potentially related to being at the World Trade Center site, the Pentagon or Shanksville, Pennsylvania, after the attacks.

Stewart and other speakers lamented the fact that nearly 18 years after the attacks, first responders and their families still have no assurance the fund will not run out of money.

Lawmakers from both parties said they support the bill and were monitoring the hearing amid other congressional business.

Rep. Mike Johnson predicted the bill will pass with overwhelming support and said lawmakers meant no disrespect as they moved in and out of the subcommittee hearing, a common occurrence on Capitol Hill.

The Justice Department said in February that the fund is being depleted and that benefit payments are being cut by up to 70 percent.

‘The plain fact is that we are expending the available funds more quickly than assumed, and there are many more claims than anticipated,’ said Rupa Bhattacharyya, the fund’s special master.