ELECTION 2020: Buttigieg Raises Staggering $25 Million This Quarter – But Now Where To Spend It? 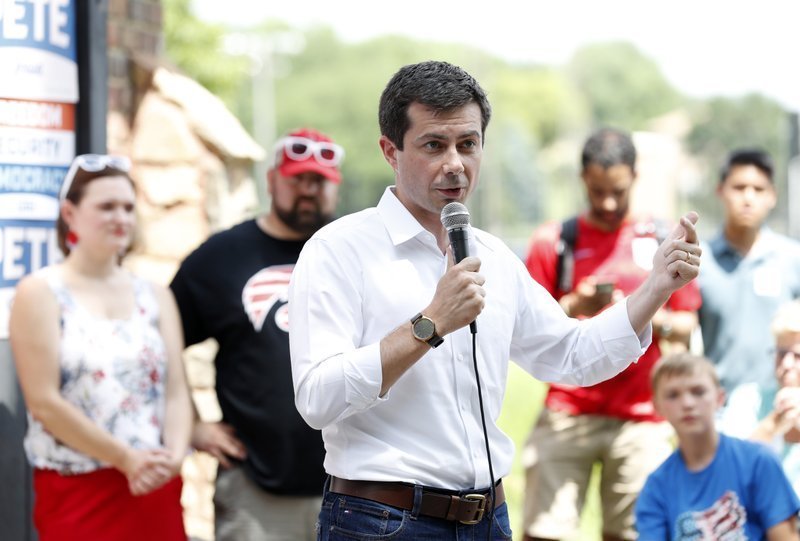 Pete Buttigieg stunned the Democratic presidential field with a nearly $25 million second-quarter fundraising haul. Now he needs to figure out how to use that money to build a campaign that can go the distance against nearly two dozen rivals — many of them better known — and ensure that enthusiasm from donors is matched by support from voters.

That poses big challenges for the 37-year-old mayor of South Bend, Indiana, who lags several of his top opponents in the number of staff on the ground in early states.

He also has significant work to do to earn support of African American voters, a crucial constituency in the Democratic presidential primary.

Buttigieg said much of his emphasis will be on retail politics — more days like Thursday, when he blitzed across Iowa for a parade and picnics and one-on-one interactions with voters.

The campaign also says it plans in coming months to add 100 people to a staff that started with six employees and now has about 200, as well as enlist a larger number of volunteers.

“The whole point of all that fundraising was to make sure that we have the organization we need to win,” Buttigieg told reporters after a town hall meeting in a sweltering Sioux City, Iowa high school gymnasium. “Obviously we got great news on that front, now we’ve got to put it to work.”

Buttigieg has been a source of both fascination and skepticism in the opening months of the Democratic primary.

He was virtually unknown when he launched his campaign, but garnered attention with high-profile media appearances and a call for generational change in politics.

His fundraising prowess suggests he will be more than Democrats’ flavor-of-the-month candidate — he topped former Vice President Joe Biden’s haul and more than doubled the money raised in the second quarter by Sen. Kamala Harris, whose home state of California is the center of the Democratic fundraising universe.

He’s attracted high-dollar donors, including “West Wing” actor Bradley Whitford and “Glee” producer Ryan Murphy, and his grassroots events, with tickets as low as $25, have drawn as many as 1,500 people.

Yet Buttigieg still faces questions about his experience and whether his appeal extends beyond wealthier donors and white voters.

“Ultimately you can raise all the money in the world but you need to figure out your pathway to win that nomination,” said Doug Thornell, a Democratic strategist.

Buttigieg’s biggest investment has so far been in Iowa, the overwhelmingly white state that kicks off the Democratic primary with a caucus on Feb. 3.

The campaign has about 40 staffers on the ground there, more than it has in any other state, though Buttigieg’s team acknowledges that the caucus structure — in which voters are asked to attend local meetings to support their candidate — requires more boots on the ground to organize.

Buttigieg spent the July 4 holiday barnstorming the state and plans three more visits there this month.

Buttigieg’s challengers get tougher as the primary calendar swings into the South, where black voters make up a significant share of the Democratic electorate.

Buttigieg’s support from black voters has been marginal, according to early polls, and may have been further damaged by the fatal shooting of a black man by a white South Bend police officer last month.

Antjuan Seawright, a South Carolina-based strategist, said Buttigieg must invest more in research and getting to know communities of color, whether it’s face-to-face meetings or focus groups or polling, if he has any chance of winning the nomination or a general election.

Buttigieg said he believes he can compete and beat expectations in South Carolina, and that his team there — which has been made up of just a handful of staffers — will grow, just as it will in other early states like New Hampshire, Nevada and California, which holds its primary in March but begins early voting weeks before that.