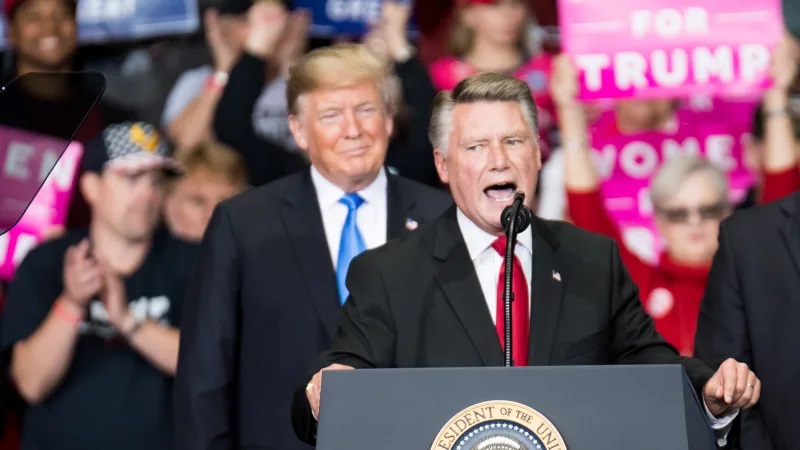 Weeks before voters go to the polls in a redo election, a Republican operative has been indicted in connection with a ballot fraud scheme that led to last year’s election being invalidated in a North Carolina House district.

Dowless was previously charged with three counts of felonious obstruction of justice, two counts of conspiracy to obstruct justice and two counts of possession of absentee ballots in connection to the 2016 election and the 2018 primary.

The North Carolina State Board of Elections refused to certify the results of that election in the face of irregularities involving absentee ballots, and the district has not had a representative in Congress since January.

After a week of evidentiary hearings earlier this year, the state board and Harris himself called for a new election.

Harris declined to run again, and the GOP held a 10-way primary in May.

McCready is now facing off against GOP state Sen. Dan Bishop in the redo election.

The Sept. 10 contest is considered a Toss-up.

Dowless refused to testify at those hearings because the board wouldn’t grant him immunity.

The board said it could draw “negative inferences” from his refusal to take the stand.

But what came through at those hearings was evidence of a ballot tampering and collection scheme in Bladen County directed by Dowless.

The Wake County District Attorney’s office and the State Bureau of Investigation have continued investigations into ballot fraud in the 9th District.

“The absentee ballot fraud that occurred in the 9th Congressional District effectively disenfranchised voters in that district,” Karen Brinson Bell, executive director of the State Board of Elections, said in a statement Tuesday afternoon.