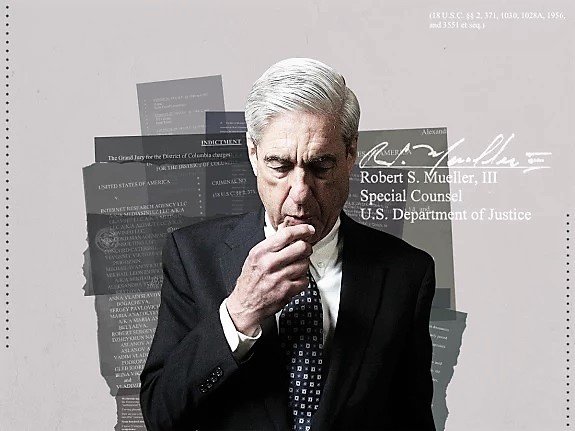 Robert Mueller testified more than 60 times on Capitol Hill during his dozen years as FBI director, but none of those hearings packed anywhere near the amount of anticipation, partisan rancor, or political stakes as his appearance promises to on Wednesday.

Though it’s unlikely Mueller will reveal any new information while sitting before Congress, the hearings could be a boon to Democrats seeking to raise awareness of the crimes they believe the president has committed.

At the same time, the appearance could backfire if House Republicans are able to effectively muddy the waters regarding the investigation’s propriety.

Republicans will also look to drive home the fact that though the probe concluded that Russia interfered in the 2016 election and the Trump campaign willingly accepted this help, particularly in regards to WikiLeaks, Mueller did not find enough to support a criminal conspiracy charge.

But Mueller also detailed several instances in which Trump potentially obstructed justice, noting he was not exonerating the president.

He clarified this crucial point during his statement May.

“If we had confidence the president didn’t commit a crime, we would have said so,” he said.

Highly conflicted Robert Mueller should not be given another bite at the apple. In the end it will be bad for him and the phony Democrats in Congress who have done nothing but waste time on this ridiculous Witch Hunt. Result of the Mueller Report, NO COLLUSION, NO OBSTRUCTION!…

….But the questions should be asked, why were all of Clinton’s people given immunity, and why were the text messages of Peter S and his lover, Lisa Page, deleted and destroyed right after they left Mueller, and after we requested them(this is Illegal)?

Trump repeated in the tweet a common phrase he’s used throughout the investigation and after, claiming the special counsel found no evidence that he conspired with the Russian government to influence the 2016 elections or engage in obstruction of justice to derail the probe.

‘Result of the Mueller Report, NO COLLUSION, NO OBSTRUCTION!’ he posted in a duo of tweets.

Mueller will testify before both the House Judiciary and Intelligence committees in back-to-back hearings on Wednesday.

At the end of May, Mueller made public remarks from the Justice Department where he plead for the over 400 page Russia report to be taken as his final word on the investigation.

He said he would not be speaking further about the probe and announced he was resigning as special counsel.

Faced with the reality of a subpoena from Democratic lawmakers, however, Mueller agreed to appear before a limited two House committees in a total of five hours of public testimony.

Neither of the hearings will be held behind closed doors so lawmakers won’t have the chance to paraphrase or skew his statements.

Mueller concluded his investigation into Russia election interference in March and handed over his report to Attorney General Bill Barr – which Barr quickly released a short summary of as the document was reviewed for redactions.

Barr claimed the report found no evidence to support collusion or obstruction charges against the president.

When the full report was released, Democrats felt the part where Mueller outlined 10 potential instances of obstruction by Trump were grounds enough for the launch of impeachment proceedings.

Mueller’s appearance before the Judiciary Committee will begin at 8:30 a.m. ET.

He will appear before the Intelligence Committee beginning at 12:00 p.m. ET.