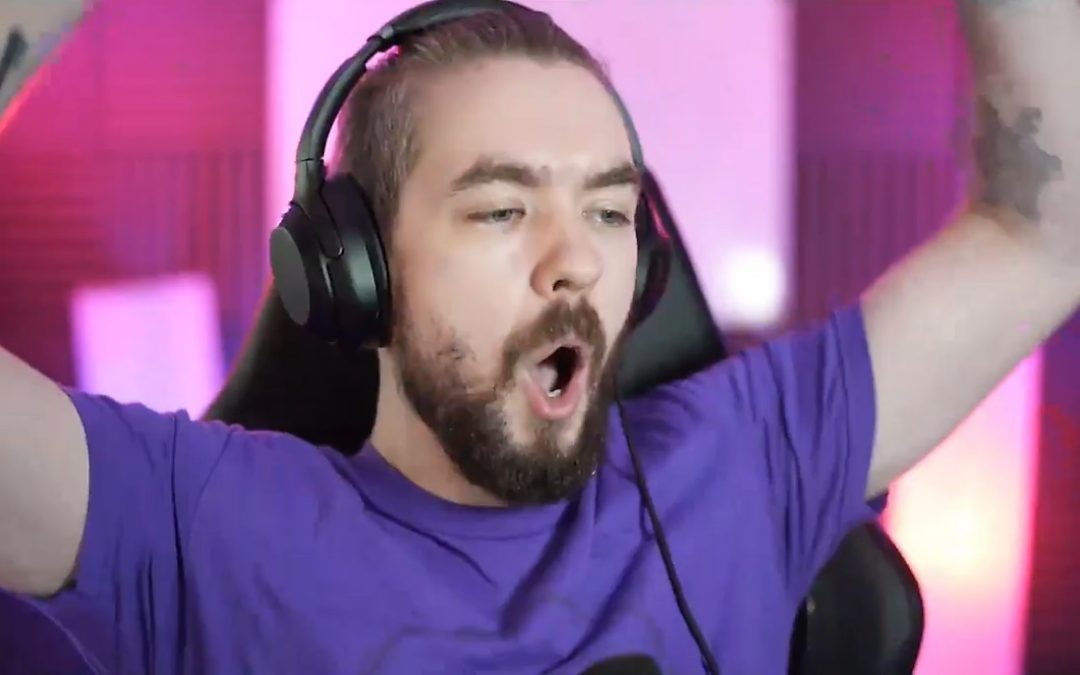 A day after suggesting video gaming on YouTube is dying, Sean McLoughlin, aka Jacksepticeye, fired up his channel Saturday and raised over $100K for the Environmental Defense Fund (EDF).

The EDF is a nonprofit environmental group known for its advocacy for public policies concerning climate change.

The organization has fought against President Trump’s environmental agenda, including opposing some of his cabinet nominees, attempts to roll back the Obama administration’s environmental regulations, and the decision to approve the Keystone XL pipeline.

It was another entertaining telethon – at one point Jack attempted to dye his hair green – yet it seemed more subdued following McLoughlin’s Friday video entitled “Gaming On YouTube Is Dying.”

In the 15 minute message, McLoughlin went through a series of changes being made on YouTube, and addressed why the viewership numbers on his channel have dropped.

“I just don’t upload like I used to,” he explained. “The view count is half on a month-to-month basis because I’m uploading only once a day instead of twice. But it’s silly to associate the numbers on the channel to the quality of what’s happening on the channel.”

Then McLoughlin uttered an opinion that sent shock waves today throughout the gaming community.

“It’s not exactly a secret at this point that gaming is sort of dying on YouTube,” he said. “Well, let me rephrase that. Certain types of gaming on Youtube is dying. Like huge variety gaming seems to be dying.”

McLoughlin placed the blamed on YouTube’s changing policies, much more restrictive regarding language and violence

“Gaming takes a huge hit because gaming is so varied and diverse,” said McLoughlin. “There’s a lot of violence in video games, a lot of blood and swearing. Gamers have a bad rap of swearing more than other YouTubers because of ‘gamer moments.'”

It is the threat of demonetization, which has increased drastically this past year, that has forced gamers who used to play a variety of games to stop.

“YouTubers just don’t want to be demonetized, so if you’re uploading a variety of games, that’s hard to do because it’s so undetermined if it’s going to get demonetized or not,” he explained. “You’re kinda shooting in the dark hoping this stuff will work. You don’t know if your audience will like it, you don’t know if advertisers will like it, you don’t know if YouTube will push it, there’s so many different factors that people are finding their own lane way and then figuring out what games work best and sticking to those.”

McLoughlin recorded the message at 4:30 am, complaining he couldn’t sleep with “thoughts bouncing around in my head.”

After fierce and negative reaction in his comment section, McLoughlin changed the title of his video early Saturday from “Gaming on YouTube Is Dying” to “Gaming On Youtube Has Changed.”

WATCH JACKSEPTICEYE DISCUSS WHY CERTAIN TYPES OF GAMING ARE DYING ON YOUTUBE:

The 28-year-old Irish gaming YouTuber runs one of the top 50 most-subscribed channels on the service, with currently more than 21 million YouTube subscribers.

Best known for his “let’s play” gaming series and vlogs of his life, Jacksepticeye’s videos have racked up more than 10.5 billion views since he began regularly posting videos to the platform in 2012.

McLoughlin also toured in 2018 with his “How Did We Get Here?” tour, covering his childhood growing small village Ireland and his rise to online fame.

Also, Studio71 added McLoughlin to its roster this year.

Studio71 is a global media company for creators that develops, produces & distributes original programming across platforms.