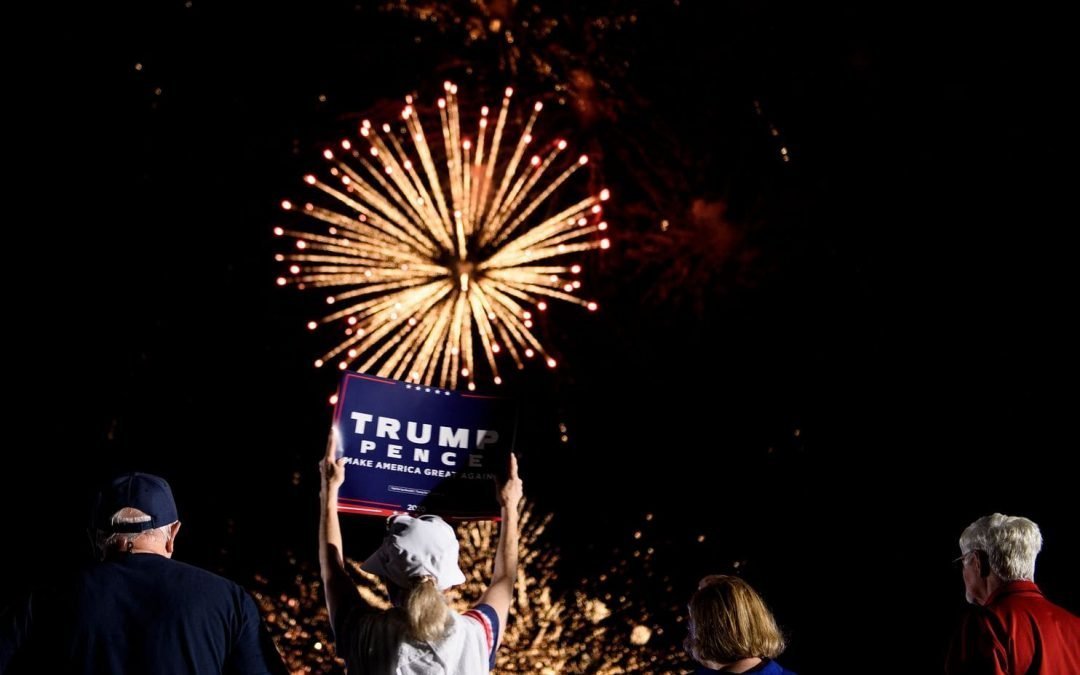 President Trump is doing his best to turn a traditionally bipartisan 4th of July celebration in Washington, D.C. into a partisan campaign commercial for his reelection effort.

Trump said today that the Pentagon would put military tanks on display on Thursday in Washington.

Like military dictators around the world, Trump has pushed for a big military parade since before his inauguration.

The tanks would join an airborne display of the nation’s firepower, including a flight of Air Force One over Washington and a performance by the Navy’s Blue Angel jets.

Trump, who will be speaking at the celebration, has requested that the chiefs for the Army, Navy, Air Force and Marines be standing next to him as aircraft from each of their services fly overhead and their respective hymns play on loudspeakers.

“You’ve got to be pretty careful with the tanks because the roads have a tendency not to like to carry heavy tanks,” Trump said, “so we have to put them in certain areas.”

Pentagon officials declined to comment today as they wrestled with how to accommodate the president’s tank request with only a few days left before the event.

Among the logistical concerns was how to transport tanks that weigh more than 60 tons into the popular downtown area where tourists gather to see the monuments.

Moving and guarding the tanks would require staffing at a time that many troops are at home for the holiday.

Also a problem: The Memorial Bridge, which spans the Potomac River and connects the Arlington National Cemetery and the Lincoln Memorial, might not be able to hold the weight.

One group not happy about the idea? The City Council for the District of Columbia, which posted on Twitter: “We have said it before, and we’ll say it again: Tanks, but no tanks.”

The inclusion of tanks would help to transform the capital city’s annual event — a nonpartisan day of entertainment — into the kind of military celebration that the president has long wanted.

Trump is scheduled to deliver a speech on Thursday evening from the steps of the Lincoln Memorial, becoming the first president in decades to participate in the annual event honoring the nation’s birthday.

The Republican National Committee has been offering major donors tickets to Trump’s speech, as have political appointees at the White House and executive branch agencies.

Ruth Ben-Ghiat, a New York University history professor and expert on fascism, said Trump’s need to display military hardware is a feature of authoritarians throughout history.

Groups that advocate for government transparency and ethics, meanwhile, railed against the RNC’s involvement.

“This partisan appropriation of a public event is consistent with the record of an administration that has no regard for lines between personal or partisan interests and its public obligations,” said Robert Weissman, president of Public Citizen, a nonprofit consumer advocacy organization.