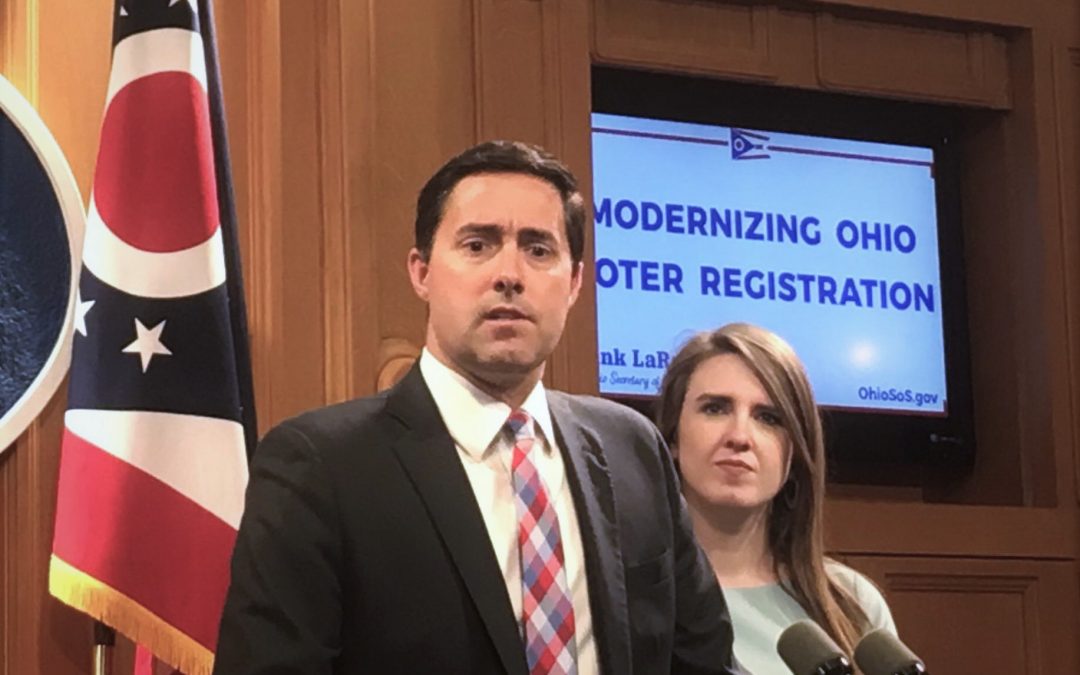 Ohio Secretary of State Frank LaRose should be careful, GOP operatives warn, or he’ll soon end up on President Trump’s radar and become the latest victim in his daily tweets.

“The president says things that I would never condone, that I believe are false,” LaRose, a Republican elected in 2018, told The Enquirer’s editorial board. “The most recent tweet is racist – whether it was intended that way or not, I’m not in the man’s mind and heart. I don’t know, but that’s how it sounds to me.”

Trump tweeted early Sunday that progressive members of Congress should “go back and help fix the totally broken and crime infested places from which they came.”

Although Trump did not mention any lawmakers by name, he appeared to be referring to Reps. Alexandria Ocasio-Cortez, D-N.Y.; Ilhan Omar, D-Minn.; Ayanna Pressley, D-Mass.; and Rashida Tlaib, D-Mich. Three lawmakers were born in America and Omar, a native of Somalia, became a U.S. citizen in 2000.

In denouncing the tweets, LaRose went further than some fellow Republicans, who stopped short of calling the comments racist.

Rep. Steve Chabot called diversity a strength of the nation, adding “we can disagree without being disagreeable.”

Trump, on Tuesday, responded to detractors, tweeting “I don’t have a Racist bone in my body!”

Last night, Trump supporters chanted “send her back” at a political  rally before the president disavowed the language today.

If Trump chooses to take to Twitter to condemn LaRose he’ll learn he’s not easily intimidated.

At one point late in the 2016 campaign, LaRose said he couldn’t vote for Trump because of an Access Hollywood video that captured the then-nominee’s lewd comments.

LaRose announced last month that he wouldn’t endorse a candidate for president in 2020.

It’s part of an initiative with Michigan Secretary of State Jocelyn Benson, a Democrat, to encourage civility in politics – and a deeper trust of its election officials.

“Making self-government work again may be my generation’s man on the moon,” LaRose told The Enquirer.

“If people are retreating to their corners, finding cable news cameras and saying bombastic things about each other, how are those people going to come together to actually solve problems?” LaRose asked. “When there’s such incivility, there’s no room for compromise.”