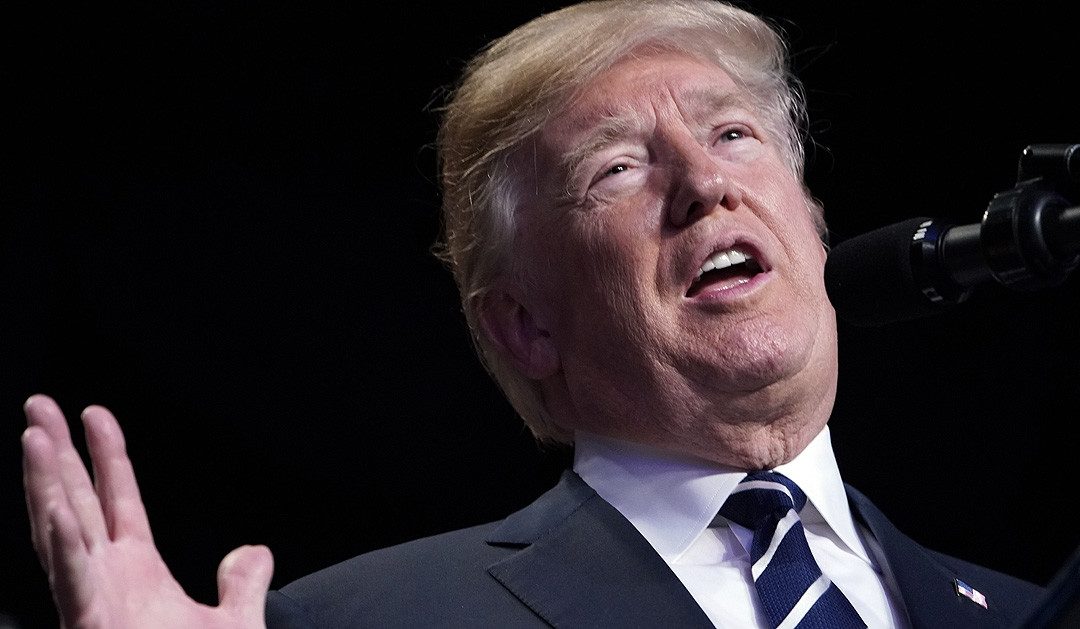 With a new bipartisan budget deal that does nothing to cut federal spending, President Trump is on track for another $1 trillion deficit this year.

And there’s no reason to believe the following fiscal year will be any different, with ballooning deficits from higher spending, the 2017 tax cuts — Trump’s signature legislative achievement, which slashed revenue — and none of the entitlement reforms long preached by Republican leaders on Capitol Hill.

Candidate Trump bragged that he would pay off the entire federal debt in eight years, but President Trump is governing as if deficits don’t matter.

In fact, Trump is approaching the level of red ink from President Obama’s first term, when Obama racked up trillion-dollar deficits four years in a row.

Trump is on pace to do the same, starting with this year’s yawning deficit of more than $1 trillion, according to budget estimates.

But there are huge differences: Trump has a growing economy with historically low unemployment and a soaring stock market, while Obama was battling a brutal downturn in the economy during the worst recession in 80 years, making it much harder to curb federal spending.

Though Trump’s administration has repeatedly proposed massive cuts in its annual budget plans, lawmakers in both parties have laughed off the proposals.

Now Trump has agreed to a second sweeping budget deal with Democrats that increases spending by more than $300 billion.

“This was a real compromise in order to give another big victory to our Great Military and Vets!” Trump tweeted Monday night in announcing his support for the $1.37 trillion package.

But some in Trump’s party were far less excited, wary that the profligate spending under Trump makes Republicans look like hypocrites.

“Everybody here basically… talks about it in a campaign and then gets into the rhythm here and we keep generating all these deficits and adding to all that debt,” Sen. Mike Braun (Ind.) said. “That’s what I ran against. That’s one of the big things why people back in Indiana elected me.”

Speaker Nancy Pelosi (Calif.), who served as the lead Democratic negotiator, and Senate Minority Leader Schumer (D-N.Y.) hailed the deal, saying it met their priorities for more domestic spending while “turning off” the tens of billions in automatic spending cuts slated to go into effect if no deal were reached.

Part of the deal would include a second debt ceiling increase under Trump, with few of the spending reductions demanded by the GOP in the Obama era.

Instead, Trump and the GOP’s biggest fiscal priorities — bolstering the Pentagon and slashing tax rates — have trumped the GOP’s deficit hawk rhetoric.

The deal also seeks to prohibit Democrats from tying the administration’s hands on key border and spending priorities, which Republicans see as a big win.

Senate Majority Leader Mitch McConnell (R-Ky.) had pushed Trump to enter into budget negotiations for months, arguing that avoiding a default and shutdown was worth the price of increasing spending with a Democratic House in divided government.

But McConnell was careful to call it “The Administration-Pelosi Budget Deal” in his news release, despite the fact he’ll back it because of the increase in Pentagon spending.

Not a word was included about the deficit.

The U.S. deficit is on track to exceed $1 trillion this year — the highest level since 2012, when much of the country was still climbing out of the recession. In fact, deficits have never been so high outside of wartime or an economic recession.

Within four years, the Treasury is set to spend more on interest payments than on the nation’s entire defense budget.