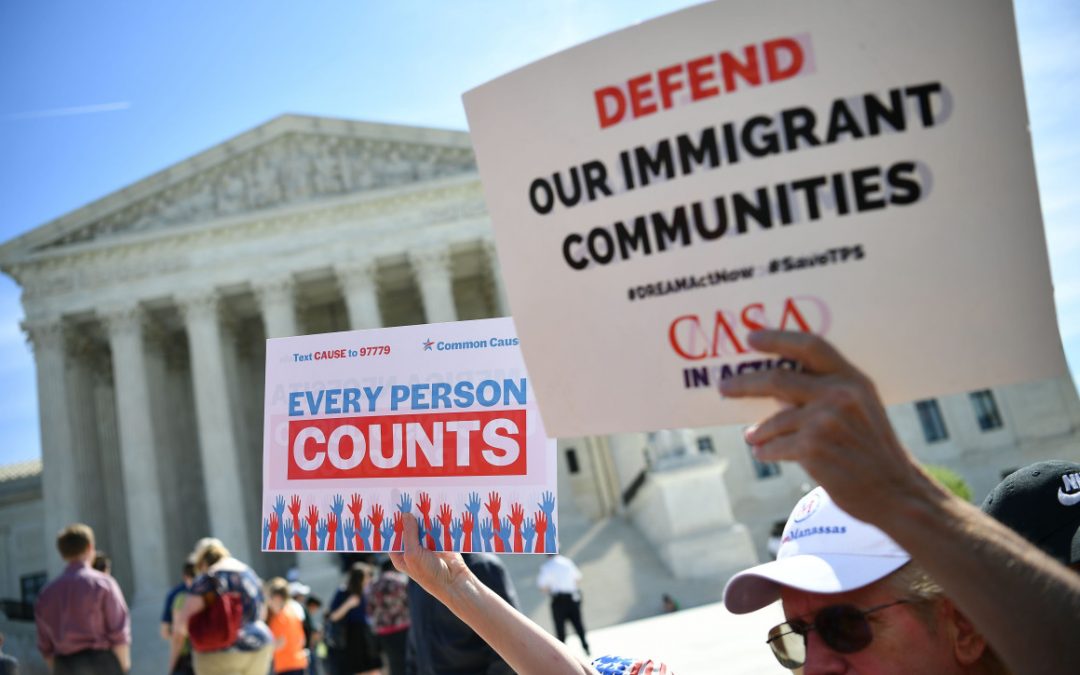 President Trump late today retreated from his plan to add a citizenship question to the 2020 Census, effectively conceding defeat in a battle he had revived just last week and promised to continue despite recent legal defeats.

Instead Trump said he is ordering every federal agency to give the Commerce Department records on the numbers of citizens and noncitizens, including databases from the Homeland Security Department and the Social Security Administration.

The move comes after administration officials spent days exploring the possibility of including the question on the census despite a Supreme Court ruling last month that the government could not without a solid justification, calling the administration’s original rationale for the addition “contrived.”

In the wake of that ruling, the Commerce Department announced last week that it would drop the question saying it needed to begin printing the survey. But an angry Trump reversed that decision the next day saying that he was not giving up on the issue.

“We are absolutely moving forward, as we must, because of the importance of the answer to this question,” he tweeted on July 3.

On Thursday, however, Trump scrapped that plan and said he would instead instruct agencies to provide Commerce with records that could be used to compile data about the number of citizens and noncitizens in the country.

“It will be, we think, far more accurate,” Trump said.

Attorney General William Barr, who attended the Rose Garden event along with Commerce Secretary Wilbur Ross, defended the administration’s effort to add the question to the census, but said the effort had to be abandoned because a protracted legal fight would impede the administration’s ability to carry out the 2020 survey.

“We’re not going to jeopardize our ability to carry out the census. So as a practical matter, the Supreme Court’s decision closed all paths,” adding that it was a “logistical” impediment, not a legal one.

Critics of the administration contend it wanted to add the citizenship question to intimidate immigrant communities from participating in a survey that helps determine congressional districts and the disbursement of some federal funding.

The political tensions over Trump effort to collect citizenship data are certain to continue.