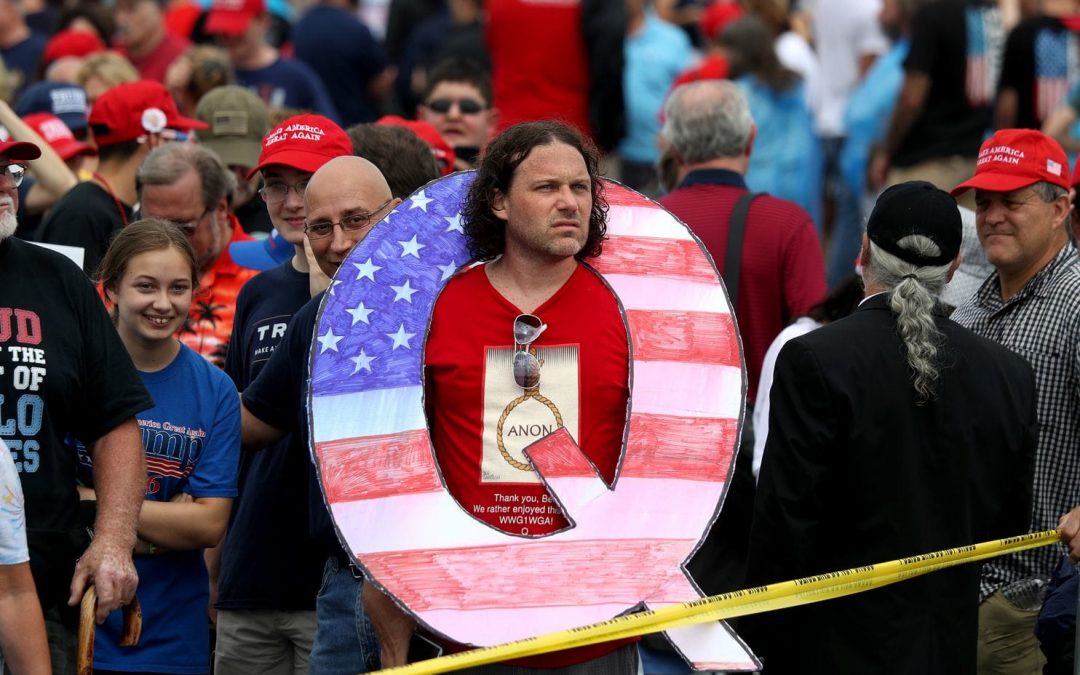 President Trump today promoted two Twitter accounts that have shown support for the online conspiracy theory known as QAnon, amplifying the fringe accounts to his millions of followers.

Trump tagged one user in a tweet about election security and retweeted another blaming Democrats for voter fraud.

We should immediately pass Voter ID @Voteridplease to insure the safety and sanctity of our voting system. Also, Paper Ballots as backup (old fashioned but true!). Thank you!

The user he tagged, @Voteridplease, has shared content related to QAnon.

Trump then retweeted another account that shared a large graphic that read, “DEMOCRATS ARE THE TRUE ENEMIES OF AMERICA!”

That user has also linked to QAnon material.

QAnon centers on the idea that an anonymous government official, or “Q,” has been secretly sharing messages and symbols that serve as evidence of a hidden plot to overthrow Trump.

Those who believe in QAnon parse tweets, photos and other online content for hidden meanings, or “crumbs” — and signs that Trump knows and supports their cause.

Roseanne Barr is just one of Q’s biggest supporters.

Q occasionally references the Pizzagate conspiracy theory, which led one man to walk into a pizzeria in Washington, DC, with an assault rifle because conspiracy theorists claimed that Hillary Clinton and John Podesta ran a child sex ring in the basement.

Accusations of pedophilia aimed at celebrities, companies, and politicians are a critical part of QAnon.

And the conspiracy theories are being pushed by some of the far right’s biggest voices, including Alex Jones and Sean Hannity.

Back in February, the group circulated the bizarre claim, led by former Trump adviser Sebastian Gorka, that Supreme Court Justice Ruth Bader Ginsburg was hiding a secret illness or was even dead.

Both claims were false.

Trump has retweeted content connected to QAnon in the past.

But QAnon supporters are overjoyed when Trump does retweet, believing it’s evidence he supports their movement.

Almost immediately, Trump’s tweet this time caught the eye of some QAnon adherents on the anonymous online forum 8chan.

“Not the first time. Not the last time,” wrote one anonymous user in response to Trump’s post.

Benjamin T. Decker, a former Harvard researcher and chief executive of Memetica, which investigates online disinformation, said, “Getting a tweet from the president demonstrates they have a wider reach than they actually have.”