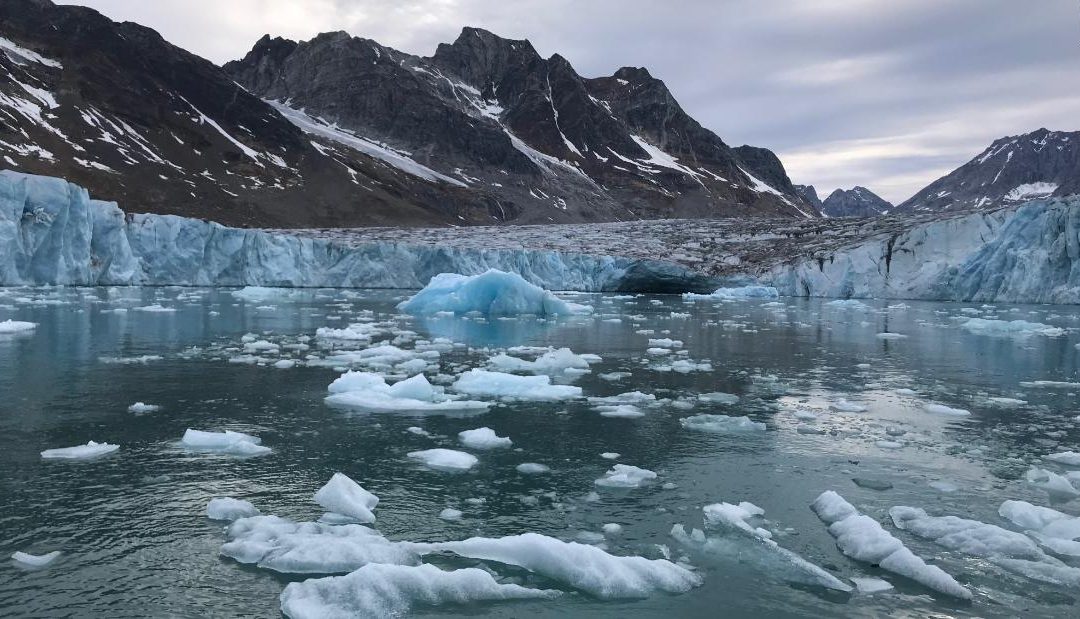 A State Department intelligence official who was blocked by the White House from submitting written congressional testimony on climate change last month is resigning from his post.

Rod Schoonover – who worked in the Office of the Geographer and Global Issues’ Bureau of Intelligence and Research – spoke about the security risks the U.S. faces due to climate change before the House Intelligence Committee on June 5.

But White House officials would not let him submit the bureau’s written statement that climate impacts could be “possibly catastrophic” after the State Department refused to cut references to federal scientific findings on climate change.

Individuals familiar with the matter, who asked for anonymity in order to speak frankly, said that Schoonover chose to leave voluntarily.

But the incident that helped lead to his departure underscores the extent to which climate science has become contested terrain under the current administration.

Andrew Rosenberg, who directs the Center for Science and Democracy at the Union of Concerned Scientists, said today that federal experts should be free to provide their expertise with policymakers, even if it is at odds with the views of whoever occupies the Oval Office.

“This isn’t carrying forward your political opinions,” Rosenberg said, “this is bringing the work you’re hired to do in a policy setting.”

President Trump has repeatedly questioned the scientific consensus that human activity is driving recent climate change, and that the planet’s warming poses a major security risk to the United States.

Asked about the matter today, a State Department official confirmed that Schoonover would step down July 12.

Schoonover, who has served in the federal government for roughly a decade, could not be reached for comment.

Before working at the Bureau of Intelligence and Research, he had served as director of environment and natural resources at the National Intelligence Council and as a full professor of chemistry and biochemistry at California Polytechnic State University, San Luis Obispo.

Three divisions of the White House, the Office of Legislative Affairs, the Office of Management and Budget and the National Security Council all raised objections to parts of the intelligence bureau’s testimony, according to documents obtained by The Washington Post.

Ultimately, the Office of Legislative Affairs made the decision not to submit the document to the House Intelligence Committee.

One of the statements White House officials objected to was the observation, “Absent extensive mitigating factors or events, we see few plausible future scenarios where significant – possibly catastrophic – harm does not arise from the compounded effects of climate change.”

Last month, after the Post reported that the testimony had been suppressed, the panel’s chairman, Adam Schiff, D-Calif., demanded the heads of two federal intelligence agencies provide documents about the incident.

Rosenberg said that even though Schoonover may have left on his own, the controversy surrounding his testimony could intimidate other experts within the federal government’s ranks.

“That’s just a terrible signal to federal professionals broadly, to people in the State Department who don’t know what they can say in their relations with other countries and the Hill,” he said.

Even as the fallout over last month’s climate hearing continues, the White House has decided to shelve one controversial idea: establishing a group to question the federal government’s own findings on climate change.

The task force, championed by NSC senior director William Happer, has been under discussion for months but ran into opposition from members of the intelligence and defense community as well as some of Trump’s own scientific appointees.

Myron Ebell, who directs the Center for Energy and Environment at the conservative Competitive Enterprise Institute, attributed the decision to a political calculation by Trump’s reelection campaign consultants, saying they effectively told him: “We have polling showing that you need to stress your environmental accomplishments and not start controversial things that will get you bad press, like going after climate science.”