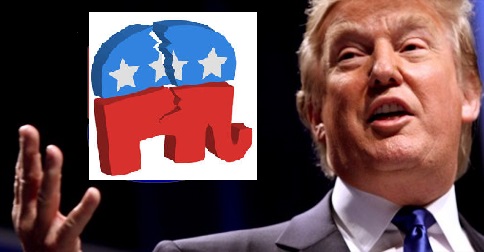 The Pennsylvania Republican Party today ended a messy internal battle for its next chairman — and the possibility that the preferred candidate of Donald Trump campaign’s would lose — by announcing that the two contenders have reached a power-sharing arrangement.

Under the deal, Bernadette “Bernie” Comfort, who was backed by Trump’s campaign, will remain as vice chairwoman and become the chair of Trump’s 2020 operation in Pennsylvania.

Lawrence Tabas, an attorney and former general counsel for the state party, will be the new state party leader.

The election was triggered by the resignation of Val DiGiorgio, who stepped down amid a scandal involving allegations of sexual harassment.

Tabas and Comfort were locked in a race that was expected to be close heading into a planned election on Saturday.

A loss by Comfort would have been embarrassing to the president and his campaign advisers, some of whom — to the irritation of pro-Tabas state Republicans — vocally backed Comfort.

The situation in Pennsylvania was being watched closely given the importance of the state to Trump’s reelection hopes.

Trump carried Pennsylvania over Democrat Hillary Clinton by less than one percentage point in 2016, and a poll in May found him trailing former vice president Joe Biden by nine points in a hypothetical matchup.

In a sign of the importance of the state to Trump, his daughter-in-law, Lara Trump, is traveling there next week to help launch Women for Trump, which the campaign describes as “a coalition dedicated to recruiting and activating women” in support of the president.

His campaign was eager to avoid even a whiff of anything that might hurt his chances in the battleground state.

David Urban, a 2016 Trump campaign adviser who endorsed Comfort, said, “There was strong support on both sides for both candidates, and the new team allows the Pennsylvania Republican Party to join back together again and become stronger and focus on reelecting the president in 2020.”

A party insider added: “It’s a gigantic victory for Lawrence Tabas, and a well-earned one.”

We have a GREAT TEAM in Pennsylvania! I’m proud to say that our good friends Lawrence Tabas & Bernadette “Bernie” Comfort will now be working together to run the @PAGOP. Lawrence will be Chairman & Bernie will Chair my Pennsylvania Campaign. We must have, & do, great UNITY in PA!