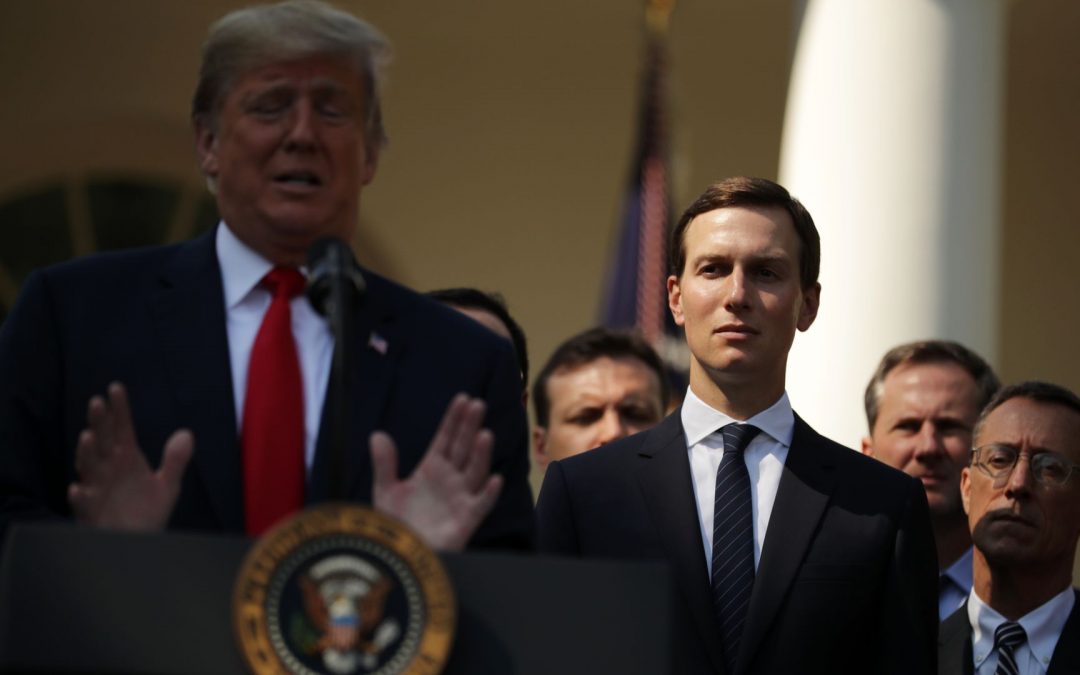 In a now-viral tweetstorm on Saturday, President Trump characterized Rep. Elijah Cummings’s Baltimore-based congressional district as a “rodent infested mess” where “no human” would want to live.

His criticism rang with a particular irony in Baltimore County, where presidential son-in-law Jared Kushner owns more than a dozen apartment complexes that have been cited for hundreds of code violations and, critics say, provide substandard housing to lower-income tenants.

In an interview Saturday, Baltimore County Executive John A. Olszewski Jr. condemned Trump’s comments as “an attack on basic decency.”

Kushner Cos., which started operating in Maryland in 2013, has owned almost 9,000 rental units across 17 complexes, many of them in Baltimore County, the Baltimore Sun reported earlier this year.

The properties generate at least $90 million in annual revenue.

A company representative did not address questions Sunday about whether the group agreed with Trump’s characterization of the area, but wrote: “Kushner Companies is proud to own thousands of apartments in the Baltimore area.”

In 2017, Baltimore County officials revealed that apartments owned by the Kushner firm were responsible for more than 200 code violations, all accrued in the span of the calendar year.

Repairs were made only after the county threatened fines, local officials said, and even after warnings, violations on nine properties were not addressed, resulting in monetary sanctions.

In an investigation by the New York Times and Pro Publica published earlier that year, tenants of Kushner properties reported mouse infestations, mold problems and maggots. A private investigator who looked into Kushner’s property management company, Westminster Management, described the managers as “slumlords.”

Christine Taylor, a spokeswoman for the Kushner firm, asserted at the time that the group was in compliance with all state and local laws.

Then-Baltimore County Executive Kevin Kamenetz said that was “a stretch of truth.”

“We expect all landlords to comply with the code requirements that protect the health and safety of their tenants, even if the landlord’s father-in-law is president of the United States,” added Kamenetz, who died in 2018.

Shannon Darrow, a program manager at the tenant advocacy group Fair Housing Action Center of Maryland, said Sunday that she was “appalled” by Trump’s comments about Cummings’s district, which includes about half of Baltimore City, and most of the majority-black sections of Baltimore County.

She added that she found Trump’s attacks ironic given the legacy of Kushner’s properties in the district.

“Basically, Kushner has been creating a race to the bottom in terms of poorly maintained properties,” she said. “He’s been very, very deeply implicated.”

In the past two years, the Kushner firm and its affiliated entities have been sued multiple times by Baltimore-area residents who allege that the company has charged them excessive fees and used the threat of eviction to pressure them into paying.

From 2013 to 2017, corporate entities associated with Kushner apartments requested the civil arrest of 105 former tenants — the highest number among all property managers in Maryland during that period, the Sun reported.

“It’s been our recent experience that working families have been preyed on at the benefit of Mr. Kushner and his company,” Olszewski said.