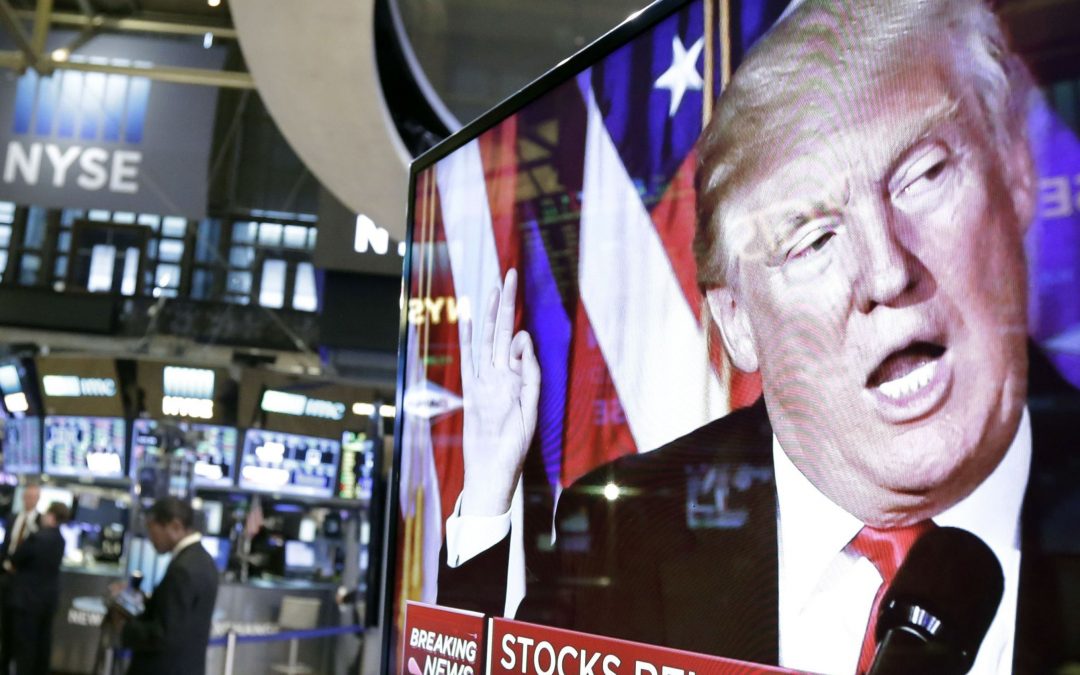 At its lowest point in the day, the index was down a whopping 950 points.

Markets had their worst day since Dec. 4, when the Dow fell 799 points.

In terms of points, the drop was the sixth-worst day in the Dow’s history, but in percentage terms, the Dow’s 2.9 percent drop did not register in the top 20 worst days, a reflection of the recent peaks markets have reached.

All three markets had set new records in July.

The dramatic drop followed China’s decision to intervene in its currency markets to make its exports cheaper in the face of U.S. tariffs.

The yuan traded above 7 to the dollar for the first time in over a decade.

Trump blasted China for “currency manipulation” and called on the Federal Reserve to intervene on behalf of the U.S. dollar.

“This is a major violation which will greatly weaken China over time!” he said.

The central bank’s general focus is inflation and unemployment, not manipulating currency.

The latest escalation in the trade war began last week when Trump threatened to impose a 10 percent tariff on $300 billion of Chinese imports starting Sept. 1.

Those tariffs, separate from the 25 percent tariff on another $250 billion of Chinese imports, would leave an import tax on just about every item Americans buy from China.

The new round would, for the first time, include a large swath of consumer goods, such as clothing and electronics.

Trump said the tariffs were a response to China failing to follow through with a promise to buy more U.S. agriculture, a key goal since China pulled back its agricultural purchases amid trade tensions.

Bloomberg News reported that the Chinese government was doubling down, asking state-owned enterprises to suspend U.S. agricultural purchases and signaling the same course for private companies.

“China’s announcement that it will not buy any agricultural products from the United States is a body blow to thousands of farmers and ranchers who are already struggling to get by,” American Farm Bureau Federation President Zippy Duvall told Bloomberg.

The mounting tensions cast a pall over expected trade talks between the two countries in September and could spell trouble for the economy.

Forecasters such as Morgan Stanley have warned that a further escalation in the trade war could lead the United States into recession in the lead-up to the 2020 election.