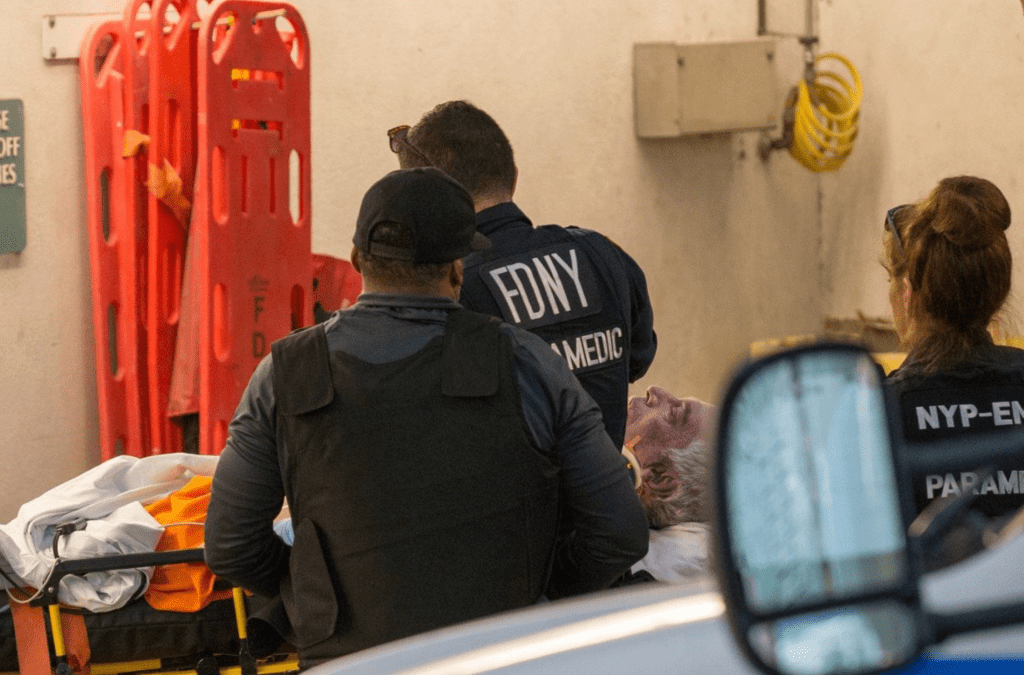 Jeffrey Epstein’s prison death has officially been ruled a suicide by hanging.

The medical examiner’s office said today that an autopsy and other evidence confirmed the 66-year-old hanged himself in his cell at the Metropolitan Correctional Center in Manhattan last week.

Epstein, who was awaiting trial on sex trafficking charges involving underage girls, was placed on suicide watch in late July after he was found on his cell floor with bruising on his neck.

He had just been removed from suicide watch when he was found dead in his cell on August 10 when guards were doing their morning rounds.

Officials said the financier hanged himself with a bed sheet from the top set of bunks.

He was found with several broken bones in his neck.

Conspiracy theories have been swirling in the wake of Epstein’s death as people expressed outrage and disbelief over how such a high-profile prisoner could have gone unwatched.

Epstein was remanded to jail pending trial on charges of sex trafficking of minors and sex trafficking conspiracy, which were lodged by federal prosecutors in Manhattan last month.

He was accused of abusing dozens of underage girls in his mansions in New York and Palm Beach, Florida, between 2002 and 2005.

He had pleaded not guilty to the charges, which carried a maximum sentence of 45 years in prison if convicted.

Epstein, a former friend of Presidents Bill Clinton and Donald Trump, had been found semi-conscious and with marks on his neck in his cell less than three weeks before his death.

He was placed on suicide watch in a so-called Special Housing Unit for at-risk inmates — but was reportedly taken back off suicide watch after about a week.

A lawyer for Epstein’s former cellmate, Nicholas Tartaglione, told NBC that the cellmate had been cleared of any wrongdoing in that July 23 incident.

The death of possibly the most high-profile inmate in the country infuriated officials and allowed conspiracy theories to about a possible murder to run wild, especially on social media.

Attorney General William Barr, whose Department of Justice oversees the Bureau of Prisons, said he was “appalled” that Epstein had died while incarcerated.

Barr also vowed that the FBI and the DOJ’s internal watchdog office would investigate the “serious irregularities” at that jail, the Metropolitan Correctional Center in lower Manhattan.

The DOJ said Tuesday that the jail’s warden at the time, Lamine N’Diaye, would be replaced on Barr’s orders.