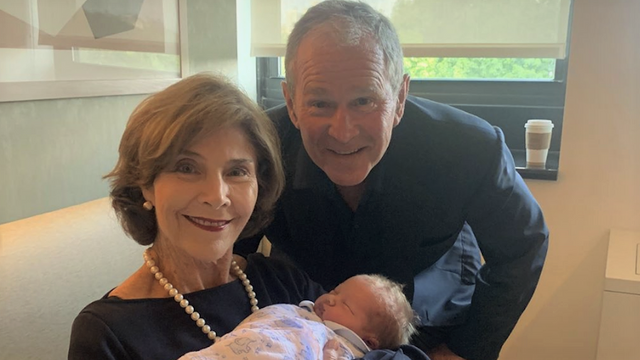 Former President George W. Bush celebrated the birth of his first grandson with new photos of him and his family this week.

“We are happy for the proud parents, @jennabhager and Henry,” the former president said in the post, referring to his son-in-law, Henry Chase Hager.

The couple already has two daughters, Mila and Poppy.

“We thank God that mom and baby are healthy, and we look forward to many years of loving the boy known as Hal,” Bush continued. 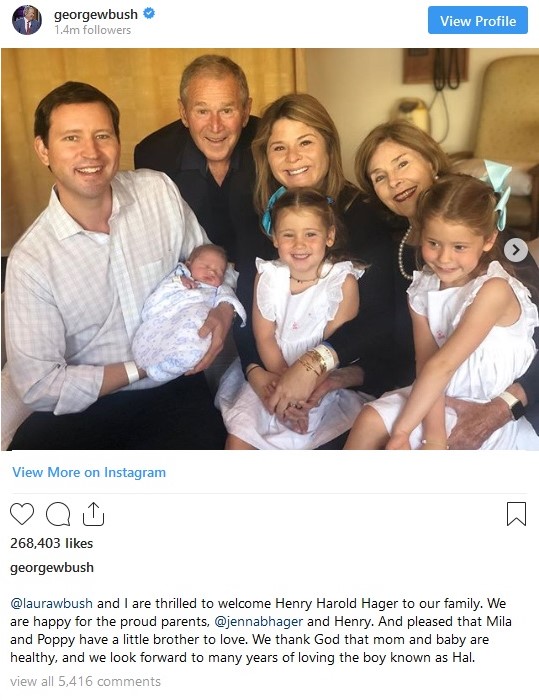 The post also featured photos of the Bush family welcoming the baby.

“We had two girls. That’s all he’s ever known,” Bush Hager said.

In addition to having two granddaughters, Bush is also a proud parent to two daughters of his own: Bush Hager and her twin sister, Barbara Pierce Bush.

And although Bush Hager said that her dad absolutely adores “our girls,” she added that it’s nice “for him to have a little fishing buddy as well.”

Although Henry was named after his father, his middle name was given to him in honor of Laura Bush’s father, Harold Welch.