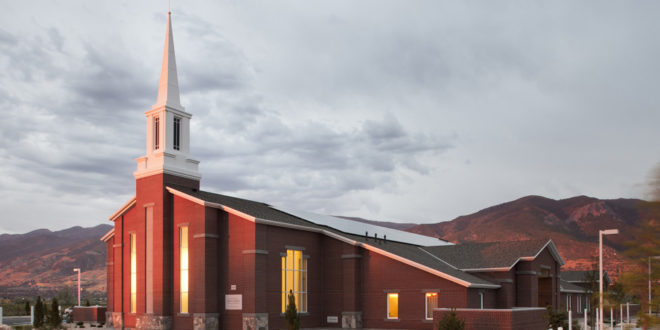 The Church of Jesus Christ of Latter-day Saints has placed an explicit ban against bringing guns to church, a change that one expert says shows the American-founded church is moving away from its western rural roots.

Daniel Woodruff confirmed the change to a church policy handbook, which previously stated it was “inappropriate” to have firearms in meetinghouses.

While the new policy on firearms applies to the entire church, a letter about the change was recently sent to local leaders in Texas and shared with members.

The letter was sent because of a change in state law there that will permit the carrying of open and concealed weapons in places of worship unless a person is notified that it is prohibited.

Texas bishops were asked to share the church’s adjusted policy publicly with 362,946 Mormon members in the state before Sept. 1, Woodruff said.

“The decision has been made not to place written signs on our buildings, but rather, prior to September 1, 2019 we are asking all bishops in Texas to read the following statement in the sacrament meetings of all units to give effective oral notice to members of the Church and visitors that weapons are not permitted,” a letter from the church to its leaders states.

Woodruff said the policy will be formally communicated to local church leaders “in the near future.”

Those leaders will be responsible for sharing the guidelines with the 6.7 million members across the United States.

The church’s policy tweak comes about one year after a volunteer firefighter was fatally shot inside one of its churches in rural Nevada.

“Churches are dedicated for the worship of God and as havens from the cares and concerns of the world,” the updated policy reads. “With the exception of current law enforcement officers, the carrying of lethal weapons on Church property, concealed or otherwise, is prohibited.”

Texas’s law comes two years after a mass shooting took place at a Southern Baptist church in Sutherland Springs where a bystander engaged the gunman with an AR-15.

It was considered the deadliest mass shooting at a house of worship in recent history.

The church has not taken specific positions on gun control, but LDS Church President Russell Nelson, who was once a heart surgeon, has criticized U.S. laws on the issue.

Mormons mirror the population on background checks but are more conservative when it comes to banning assault weapons and the concealed carry permit issue, according to Ryan Burge, a political scientist at Eastern Illinois University.

Many conservative gun rights activists in the church saw themselves as not subject to the church’s earlier guidance, so the church had to develop stronger language, according to Taylor Petrey, chair of the religion department at Kalamazoo College and an expert on Mormonism.

“The reason for the stronger policy is conservative gun activists who flouted the previous warnings not to bring guns into church,” he said.

Matthew Bowman, the Howard W. Hunter Chair in Mormon Studies at Claremont Graduate University in California, said the move reflects how the church has changed from its Western roots.

“It is illustrative of the church’s slow evolution away from being a largely Western rural church which it has been for a long, long time toward a more cosmopolitan, international organization,” he said.