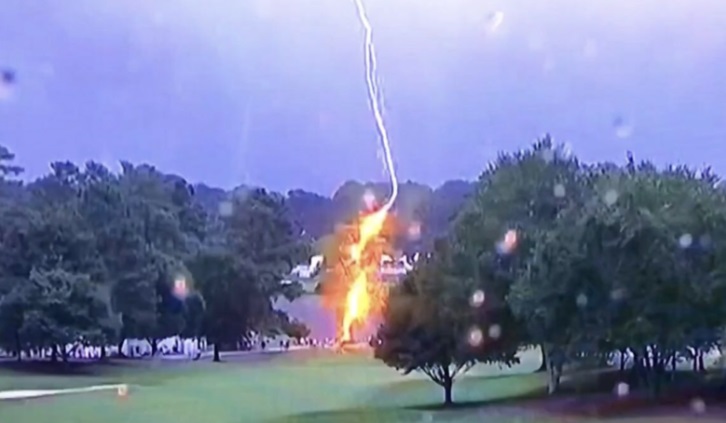 Six people have been hit by lightning while watching the FedEx Cup in Atlanta.

At least three of the spectators – who were on the green watching the Third Round of the golfing event – were seen lying on the ground after the incident occurred early Saturday afternoon at East Lake Golf Club.

Another man was seen being rushed into the back of an ambulance as he lay on a stretcher.

The condition of those struck by the lightning is not yet known, but a PGA spokesperson said they do not believe any of the injuries are life-threatening. 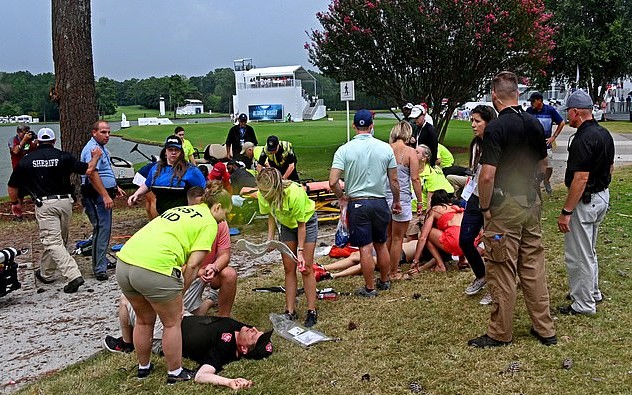 Medics were on standby during the pro golf event. 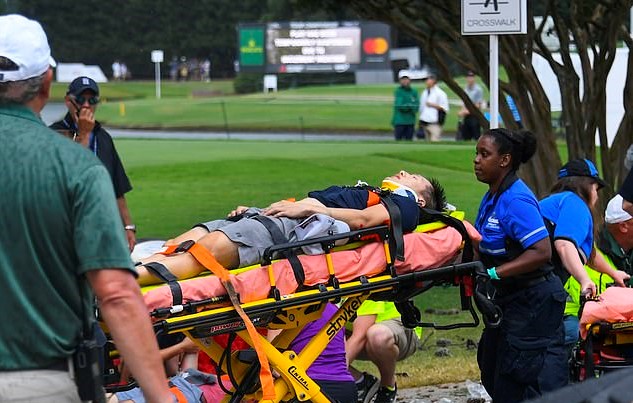 Four people were struck by lightning while watching the FedEx Cup in Atlanta on Saturday afternoon. One of the men is seen being rushed into an ambulance on a stretcher.

Golfers were forced off the green in order to seek shelter during the vicious storm, which began shortly after 4pm.

NBC just showed a lightning strike out at the #TOURChampionship at East Lake that injured possibly 4. This is a slow motion shot of their coverage. Wow! ? pic.twitter.com/0Z1ARb6a8q

Ambulance sirens rang out across the property as medical personnel raced to the scene.

According to the PGA Tour, “EMT tended to those fans and two others immediately and transported them from the property via ambulance for further medical attention.”

Players were taken off the course at 4:17 p.m. after the tournament was suspended for an approaching storm.

The tournament has been called for the day; play will resume on Sunday at 8 a.m.