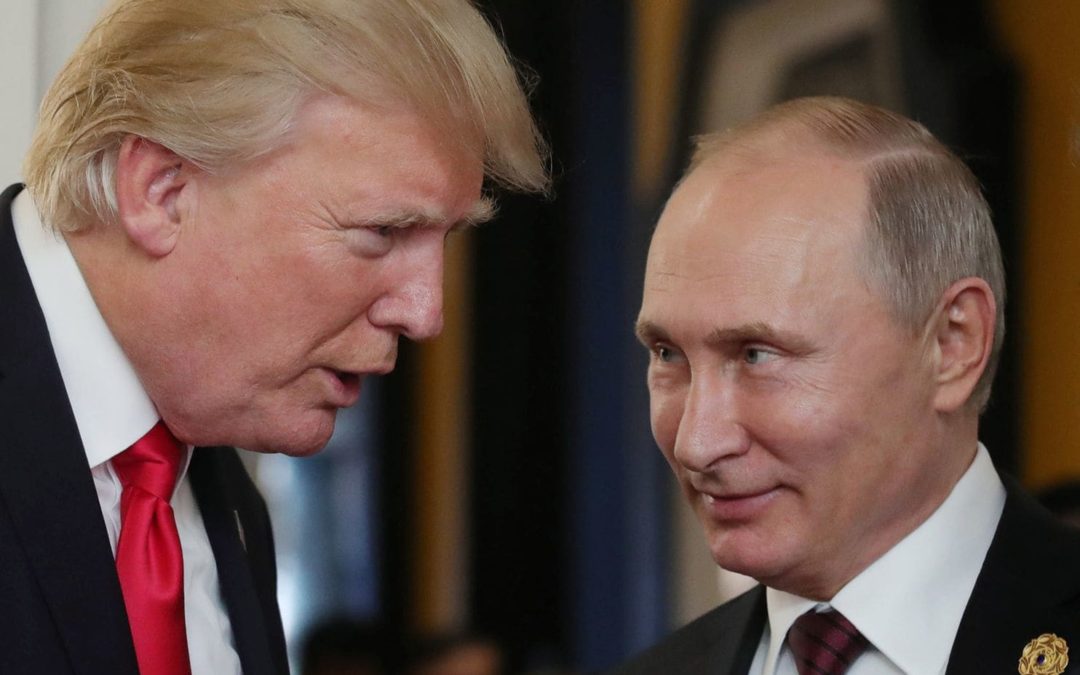 President Trump has announced that he intends to invite Russia’s authoritarian president Vladimir Putin to the Group of Seven summit in 2020, which Trump will host in an election year amid warnings that Russia is actively trying to interfere again in the U.S. presidential election.

The effort would soften Russia’s pariah status and potentially bring it back into an elite club of some of the most powerful industrialized nations that lent Putin prized international legitimacy during the 14 years he attended.

Russia was booted following its 2014 annexation of Ukraine’s Crimean Peninsula, slimming the Group of Eight by a member.

Trump’s extraordinary promotion of Putin proved to be the most tense disagreement over three days of contentious meetings at this year’s G-7 in the French oceanside resort town of Biarritz.

The U.S. leader’s wish to restore Russia’s legitimacy was in keeping with his long-standing role as a Putin cheerleader and apologist, but it was coolly received by other leaders at the gathering.

In 2014, the United States and other G-7 member nations jointly declared Russia’s annexation of Crimea a violation of international law. But on Monday, Trump blamed the Crimea crisis on President Obama, not Putin, and alleged that Obama was determined to kick Russia out of the G-7 because it was “very embarrassing to him.”

As host of the G-7 summit in 2020, Trump could unilaterally invite Putin or any other foreign leader as a special guest.

The repeated push was noted cheerfully by Russian state television Monday evening, with one program on the powerful Rossiya-1 network playing a triumphant soundtrack as it showed six recent video clips in which Trump demanded Putin’s return.

Having such a forceful advocate for an authoritarian leader inside the room of democracies profoundly shaped the overall tone of the summit, one senior official said.

“The consequence is the same as if one of the participants is a dictator,” the official said. “No community of like-minded leaders who are pulling together.”

Bringing back Russia would give a stamp of approval to the bad behavior.

“To invite Russia back into the G-7, since Russia has fulfilled none of the preconditions laid down in 2014, is essentially saying that Russia has gotten away with what it did in Ukraine and is not going to suffer all the consequences,” said Angela Stent, a Russia expert at Georgetown University who recently wrote “Putin’s World,” a book about his foreign policy.

At the Biarritz summit, Trump punctuated almost every public appearance with his desire to bring Putin to the meeting in the future.

Other leaders knew the push was coming, although some advisers said they did not expect he would bring it up so forcefully.

European Council President Donald Tusk, a former Polish prime minister who has little sympathy for Russia, tried to head it off even before Trump touched down in Biarritz.

“One year ago, in Canada, President Trump suggested reinviting Russia to the G-7, stating openly that Crimea’s annexation by Russia was partially justified. And that we should accept this fact. Under no condition can we agree with this logic,” Tusk told reporters on Saturday.

“When Russia was invited to the G-7 for the first time, it was believed that it would pursue the path of liberal democracy, rule of law and human rights,” Tusk added. “Is there anyone among us who can say with full conviction, not out of business calculation, that Russia is on that path?”

In the years since 2014, Putin has done nothing to repent for seizing Crimea, nor has he met the preconditions set by the G-7 members for Russia’s readmission, which include de-escalating the conflict in Crimea and respecting Ukraine’s sovereignty.

In fact, Russia has continued its aggression in Ukraine.

It also has supported Bashar al-Assad in the Syrian civil war, including his regime’s slaughter of civilians; interfered in the 2016 U.S. election to help Trump win, a violation of U.S. law; and was accused by Britain in 2018 of poisoning a former Russian spy along with his daughter because the spy had switched allegiances to the West.