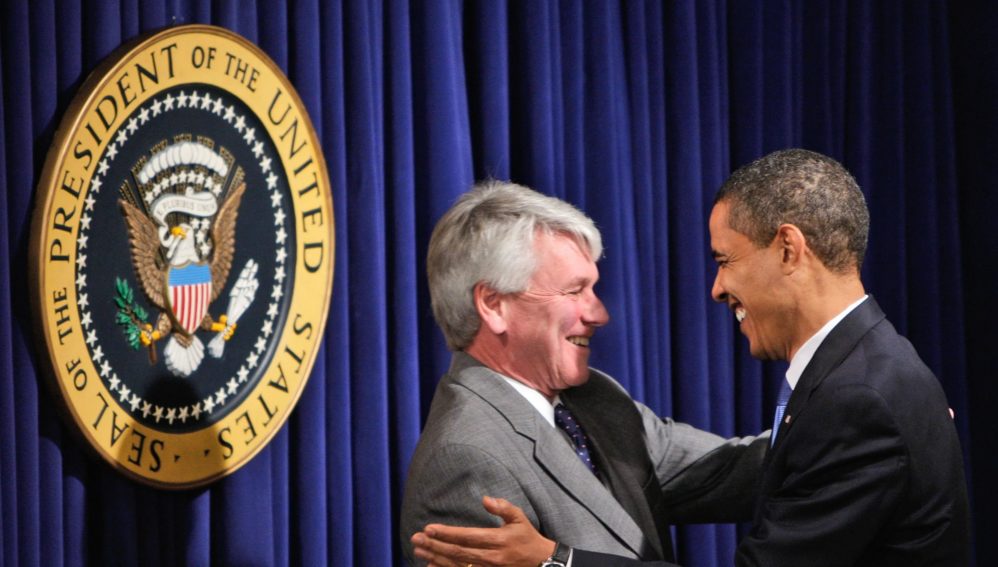 Former Obama White House counsel Gregory Craig was acquitted today of giving false information to federal authorities about his work on behalf of the Ukrainian government amid a new crackdown on illicit foreign influence.

The case against Craig, a high-powered Washington lawyer, was one of a handful of investigations that grew out of special counsel Robert Mueller’s investigation into Russian interference in the 2016 election.

Craig was acquitted after more than two weeks of testimony followed by less than five hours of deliberation.

Craig faced trial in federal court for falsifying and concealing information about his work for the government of former Ukrainian president Viktor Yanukovych.

Americans who work on behalf of foreign governments within the United States are required to register with the Justice Department.

“The jury reached the only verdict it could possibly reach,” William Taylor, one of Craig’s attorneys, told reporters, questioning why the Justice Department decided to prosecute Craig in the first place. “It’s a tragedy. It’s a disgrace. We’re glad it’s over.”

Prosecutors said Craig, with the prospect of million-dollar earnings, did work for Yanukovych’s government and sought to conceal the extent of his dealings with Ukrainians to protect his reputation.

Defense attorneys portrayed Craig as a man of integrity, ensnared in a web of dirty tricks spun by individuals who sought to lie on behalf of the Ukrainian government.

“We live in a cynical world,” defense attorney William Murphy said, quoting Tom Cruise from the movie, “Jerry Maguire.” But in the cynical world that is Washington, Craig stood out as a principled man who tells his friends and colleagues only the “candid truth,” Murphy told jurors during closing arguments Tuesday.

The charge against Craig stemmed from work he did in 2012 on behalf of a pro-Russian political faction in Ukraine, part of an illicit lobbying effort by Paul Manafort, President Trump’s former campaign chairman who’s serving a combined seven-year prison sentence after he was convicted of fraud, conspiracy and other charges in Virginia and Washington.

Craig faced an additional charge in connection to an October 2013 letter he gave the Justice Department’s FARA unit.

U.S. District Judge Amy Berman Jackson dismissed it days before the trial began, saying the language of the FARA statute was too broad and vague.

Craig was indicted under a little-known law that was passed 80 years ago amid a rise of Nazi propaganda in the United States.

But the law, which requires registration as a foreign agent, had been applied very rarely over the past 50 years, with the Justice Department using the statute only seven times in criminal cases, according to a 2016 report by the Office of the Inspector General.

The law was resurrected from obscurity by Mueller, whose team obtained guilty pleas from Manafort, his former associate Rick Gates, and former national security adviser Michael Flynn involving work they did for foreign governments.

All were accused of and admitted to making false statements to federal investigators about their dealings with foreign agents.

Assistant Attorney General for National Security John C. Demers said the Justice Department has refocused on FARA in light of the inspector general’s report from 2016, as well as the Russian interference in the presidential election.

But the ramped-up enforcement has attracted concerns that it could infringe on First Amendment rights and broadly target foreign media organizations and reporters in the United States.