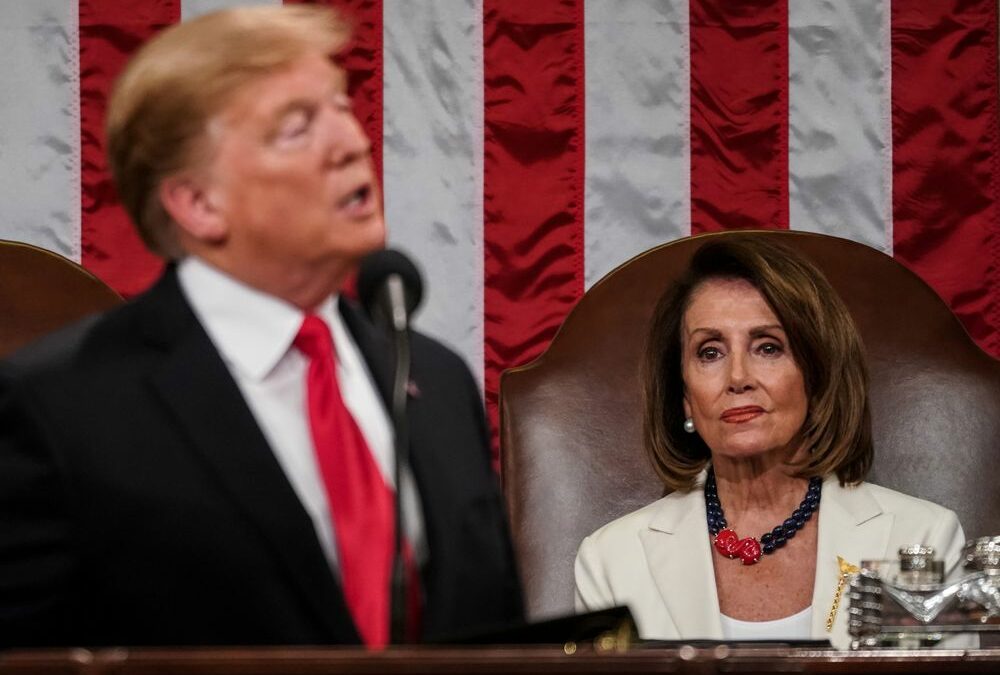 Speaker Nancy Pelosi announced today that the House would begin a formal impeachment inquiry of President Trump, opening a fresh chapter of confrontation in response to startling allegations that the president sought to enlist a foreign power for his own political gain.

“The president must be held acccountable,” she said after emerging from a meeting of House Democrats in the basement of the Capitol. “No one is above the law.”

The announcement was a stunning development that unfolded after months of caution by House Democrats, who have been divided over using the ultimate remedy to address what they have called flagrant misconduct by Trump.

In this case, with a growing number of Democrats who had resisted the move now demanding it, Pelosi has become convinced that Trump’s reported actions, and his administration’s refusal to share details about the matter with Congress, have left the House no alternative outside of impeachment.

The inquiry has the potential to reshape Trump’s presidency and to cleave an already divided nation only a year before he plans to stand for re-election.

At issue are allegations that Trump pressured the president of Ukraine to open a corruption investigation of former Vice President Joe Biden, a leading contender for the Democratic presidential nomination, and his son.

The conversation is said to be part of a whistle-blower complaint that the Trump administration has withheld from Congress.

Trump said today that he would authorize the release of a transcript of the conversation, practically daring Democrats to try to find an impeachable offense in a conversation that he has called “perfect.”

But Democrats, after months of holding back, demanded the full whistle-blower complaint, even as they pushed toward an expansive impeachment inquiry that could encompass unrelated charges. 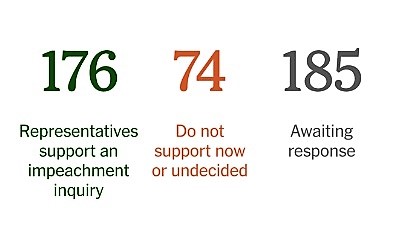 In a meeting this afternoon, Pelosi told senior Democrats that the chairmen of the six committees that have been investigating Trump for various issues would put together their best cases on potentially impeachable offenses by the president and send them to the Judiciary Committee, according to two officials familiar with the conversation.

That could potentially lay the groundwork for articles of impeachment based on the findings.

The decision to begin a formal impeachment inquiry does not necessarily mean that the House will ultimately vote to charge Trump with high crimes and misdemeanors — much less that the Republican-controlled Senate will vote to remove him.

But Pelosi and her leadership would not initiate the process unless they were prepared to reach that outcome.

Pelosi met privately today with the leaders of the six key committees involved in investigations of Trump, and later huddled with the full Democratic caucus.

Her announcement came amid a groundswell in favor of impeachment among Democrats that has intensified since late last week, with lawmakers from every corner of her caucus lining up in favor of using the House’s unique power to charge Trump if the allegations are proved true, or if his administration continues to stonewall attempts by Congress to investigate them.

The House Judiciary Committee has been conducting its own impeachment investigation focused on the findings of the special counsel, Robert Mueller, as well as allegations that Trump may be illegally profiting from spending by state and foreign governments and other matters.

But that inquiry has never gotten the imprimatur of a full House vote or the full rhetorical backing of the speaker, as Democrats remained divided about the wisdom and political implications of impeaching a president without broader public support.

Now, after the revelation of a conversations between Trump and President Volodymyr Zelensky of Ukraine in which Trump pressed the foreign leader to investigate the Bidens, a cascading flood of Democrats has come out in favor of a formal impeachment proceeding.

The shift in outlook among Democratic lawmakers has been rapid, and could yet still turn away from impeachment if exculpatory evidence comes to light.

The developments that have turned the tide began less that two weeks ago, when Representative Adam Schiff of California, the Intelligence Committee chairman, first revealed the existence of a secret whistle-blower complaint that the intelligence community’s internal watchdog had deemed “urgent” and credible but that the Trump administration had refused to share with Congress.