ELECTION: AOC Set To Endorse Bernie Sanders – Will Join Him At Rally On Saturday 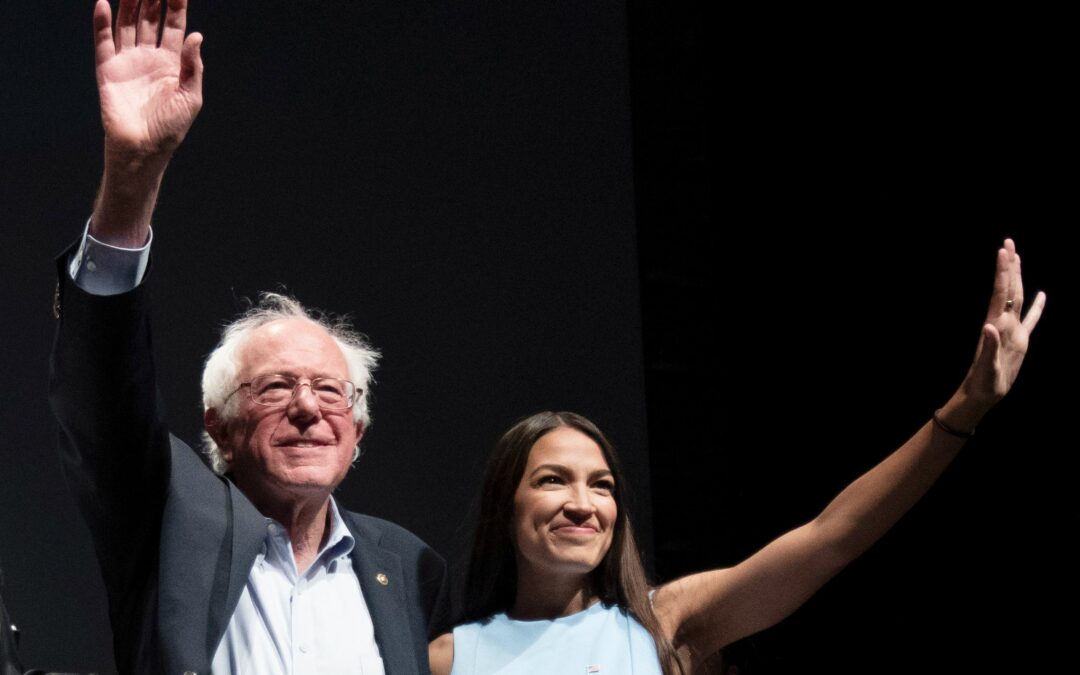 Rep. Alexandria Ocasio-Cortez of New York, one of the most influential voices among young liberals and a rising Democratic star, plans to endorse Sen. Bernie Sanders (I-VT) for president.

The surprise endorsement is a political coup for Sanders, 78, who has been fading in the polls and has faced growing questions about his age and health.

Before Tuesday’s Democratic debate, he had been sidelined from the campaign trail for two weeks by a heart attack.

“We’re looking forward to Saturday,” said Corbin Trent, a spokesman for Ocasio-Cortez. Sanders teased the rally at Tuesday night’s presidential debate, saying he would have a “special guest” appearing with him in New York.

Another person with knowledge of the congresswoman’s plans, who spoke on the condition of anonymity to describe a decision that has not yet been announced publicly, confirmed the endorsement.

The endorsement could be a blow for Sen. Elizabeth Warren (D-Mass.), who, like Sanders, is running on a platform of sweeping liberal change and who has emphasized her role as a female pioneer.

Ocasio-Cortez had worked as a volunteer organizer for Sanders’s 2016 presidential bid; she was recruited to run for Congress in 2018 by Justice Democrats, a group that grew out of the Sanders campaign.

Few figures hold as much sway in the party’s liberal wing as Ocasio-Cortez, whose 2018 primary win over then-Rep. Joseph Crowley (D-N.Y.) sent political shock waves across the country and made her an overnight star.

Sanders recently was spotted meeting with Ocasio-Cortez in Vermont.

Her backing was a sought-after prize in the Democratic primary, and it was widely assumed that she would endorse either Sanders or Warren, the most liberal figures in the contest.

Ocasio-Cortez plans to appear with Sanders at a “Bernie’s Back” rally Saturday in Queens, just outside the boundaries of Ocasio-Cortez’s congressional district.

It was not immediately clear what the other three members of “The Squad,” a group of four liberal congresswomen, planned to do.

Media representatives for the tightknit group of lawmakers did not immediately respond to requests for comment.

President Trump has attacked the women, at one point suggesting they should “go back” to their own countries — even though they are American citizens — and has sought to make them the face of the Democratic Party. He recently held a rally in the district of Rep. Ilhan Omar (D-Minn.), another member of the group.

Sanders and Warren have been battling for the support of the women, holding individual meetings with them, co-sponsoring their legislation and wishing them well on social media.

The other two members of the group are Reps. Rashida Tlaib of Michigan and Ayanna Pressley of Massachusetts.

All four members of the group were elected to the House in 2018.

Sanders raised $25.3 million during the third quarter of the year, topping Warren — if only by a little — and every other Democratic competitor.

While he has struggled to gain traction in the polls, he has stockpiled cash for the crucial fall stretch, ending September with $33.7 million in his campaign accounts.