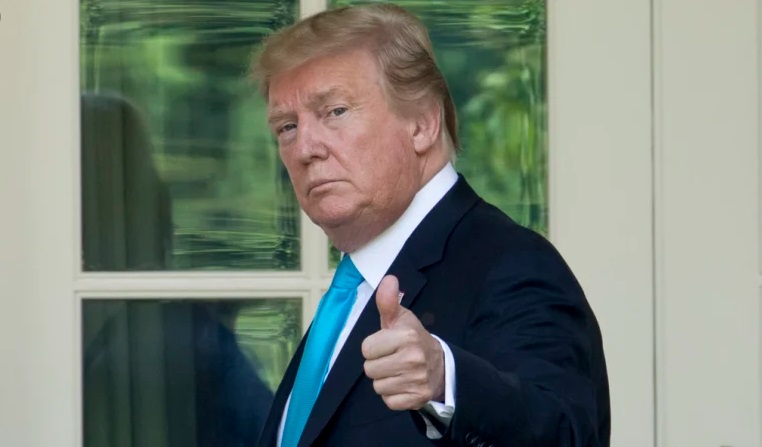 A new book-length study on the tax burden of the ultrarich begins with a startling finding: In 2018, for the first time in history, America’s richest billionaires paid a lower effective tax rate than the working class.

“The Triumph of Injustice,” by economists Emmanuel Saez and Gabriel Zucman of the University of California at Berkeley, presents a first-of-its kind analysis of Americans’ effective tax rates since the 1960s.

It finds that in 2018 the average effective tax rate paid by the richest 400 families in the country was 23 percent, a full percentage point lower than the 24.2 percent rate paid by the bottom half of American households.

The analysis differs from many other published estimates of tax burdens by encompassing the totality of taxes Americans pay: not just federal income taxes but also corporate taxes, as well as taxes paid at the state and local levels.

It also includes the burden of about $250 billion of what Saez and Zucman call “indirect taxes,” such as licenses for motor vehicles and businesses.

The analysis is also notable for the detailed breakdown of the tax burden of not just the top 1 percent but also the top 0.1 percent, the top 0.01 percent and the 400 richest households. 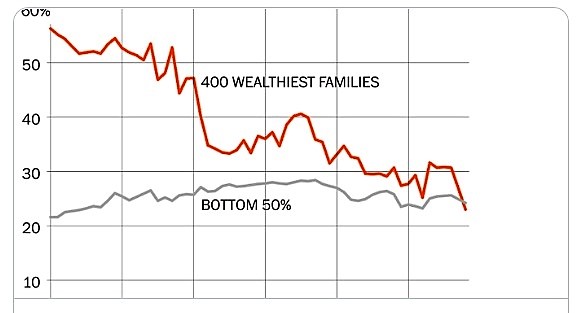 The focus on the ultrarich is necessary, Saez and Zucman write, because those households control a disproportionate share of national wealth: The top 400 families have more wealth than the bottom 60 percent of households, while the top 0.1 percent own as much as the bottom 80 percent.

The top 400 families are a “natural reference point,” Zucman says, because the IRS publishes information on the top 400 taxpayers as a group, and other sources, such as Forbes, track the fortunes of the 400 wealthiest Americans.

The relatively small tax burden of the super-rich is the product of decades of choices made by American lawmakers, some deliberate, others the result of indecisiveness or inertia, Saez and Zucman say.

Lawmakers have also failed to provide adequate funding for IRS enforcement efforts and allowed multinational companies to shelter their profits in low-tax countries.

But the tipping point came in 2017, with the passage of the Tax Cuts and Jobs Act.

That bill, championed by President Trump and then-House Speaker Paul D. Ryan, was a windfall for the wealthy: It lowered the top income tax bracket and slashed the corporate tax rate.

By 2018, according to Saez and Zucman, the rich were already enjoying the fruits of that legislation: The average effective tax rate paid by the top 0.1 percent of households dropped by 2.5 percentage points.

The benefits the bill’s supporters promised — higher rates of growth and business investment and a shrinking deficit — have largely failed to materialize.