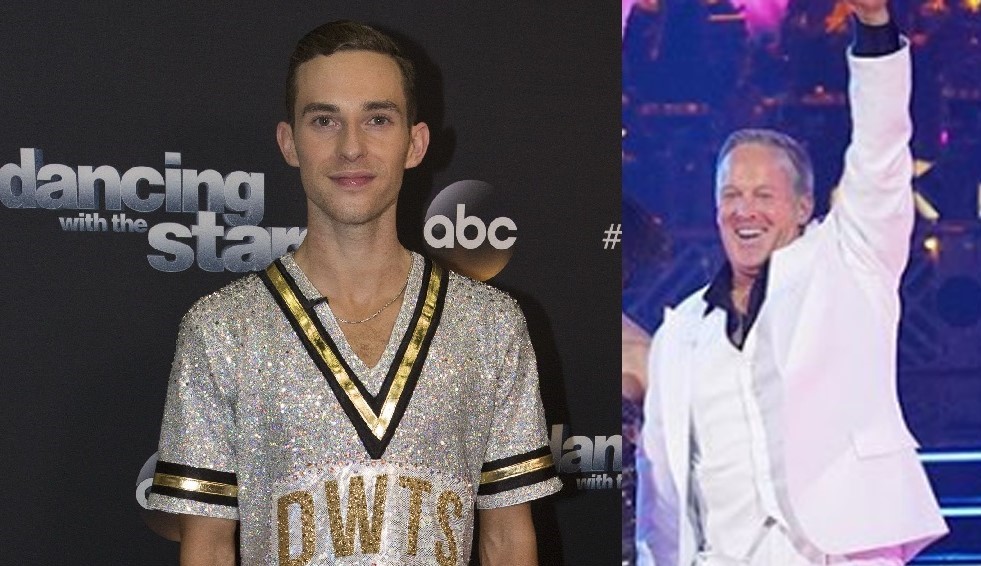 “I had Tonya Harding on my cast … but this cast is a little bit more extreme,” Rippon told USA Today.

Rippon says he isn’t a Spicer fan, suggesting that the former press secretary and White House communications director “lied” during his tenure.

“I know he was just doing his job, but he lied every single day,” Rippon says. “Sean Spicer’s a fucking liar.”

The Olympic ice skater, who’s previously been critical of the Trump administration and Vice President Mike Pence, went further and talked about another former press secretary he wouldn’t want on his television set.

“I would not want to see Sarah Huckabee Sanders on ‘Dancing With the Stars’ either,” he says. “It’s such a low bar.”

Spicer hasn’t exactly been killing it on the ABC dance competition show.

On Monday’s show, he invoked John Travolta and went for a cha-cha-cha to “Night Fever” from “Saturday Night Fever.”

Spicer even borrowed Travolta’s iconic white polyester disco suit to perform — even if it was a robotic routine with his now-signature giddily fixed smile.

In terms of improvement, he pulled off a half-way decent disco-finger-point and continues to wow with his unflappable cheerfulness.

Judge Len Goodman was not impressed, putting head in his hands after the final confetti canon: “‘Saturday Night Fever?’ It was more like Monday Night Lukewarm,” said Goodman.

As for Rippon, he’s been busy since his Olympic and “Dancing With the Stars” turns.

His first memoir, “Beautiful on the Outside,” debuts on Oct. 15.

He most recently presented the GLAAD’s Ariadne Getty Ally Award to Paula Abdul on Sept. 28.