Trump Welcomed To World Series With Loud BOOS, Chants Of “Lock Him Up!” & Impeach Banners 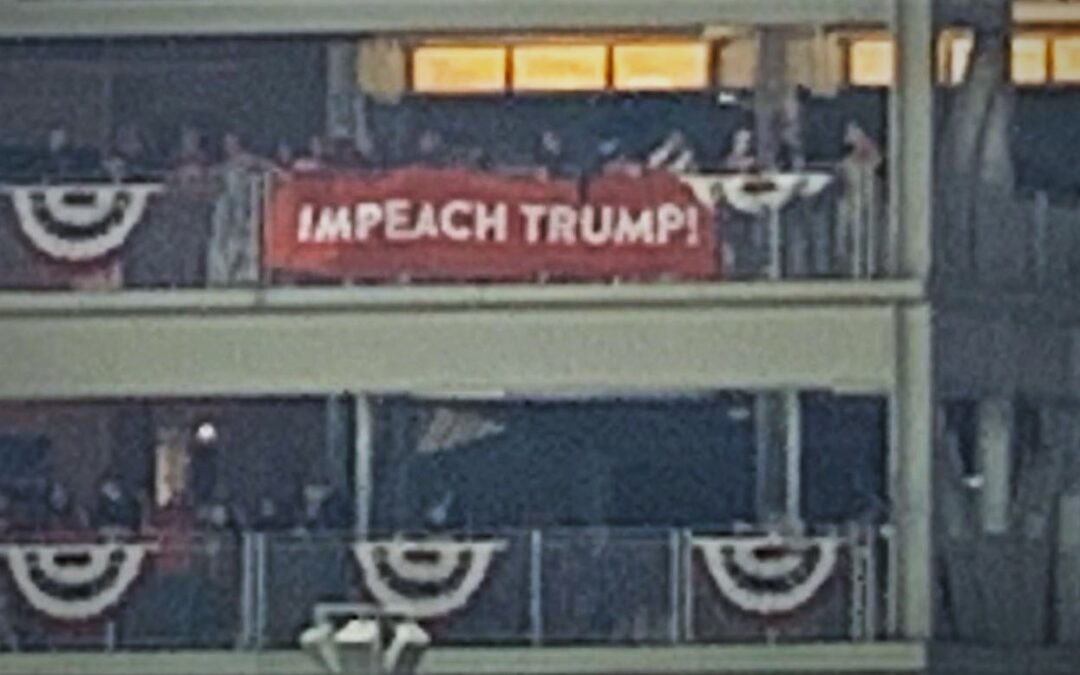 President Trump drew loud boos and chants of “lock him up” during his appearance on the Jumbotron at Nationals Park for Game 5 of the World Series tonight.

The crowd had just started cheering for service men and women on the field when Trump was shown on the jumbotron prompting immediate loud boos.

Some members of the crowd then began a “lock him up” chant, an echo of the popular “lock her up” chant directed at former Secretary of State Hillary Clinton that can often be heard at Trump’s rallies.

WATCH: President Trump met with loud boos as he is introduced at the World Series in Nationals Park on Sunday night. pic.twitter.com/4RTW8ZqxqP

Loud, sustained boos for Trump at Nats Stadium when he was announced. Maybe loudest crowd cheer of the night.

President Trump was just shown on the video board, and the crowd unloaded all its boos. Crowd now chanting “lock him up.”

Full on “LOCK HIM UP! LOCK HIM UP!” chants heard throughout the crowd at Nats Park after President Trump was announced and shown on screen here #WorldSeries pic.twitter.com/1ktVXkHYFy

"Lock him up!" chants broke out at Nationals Park as President Trump attended Game 5 of the World Series on Sunday night. https://t.co/H6jCLDB91r

At the World Series pic.twitter.com/AdSgmlwrNi

Watch @realDonaldTrump when he realizes they are chanting #LockHimUp ?! #WorldSeries pic.twitter.com/CD4FJKA4Nz

Trump was also greeted with a big “Impeach Trump” banner in the stadium. 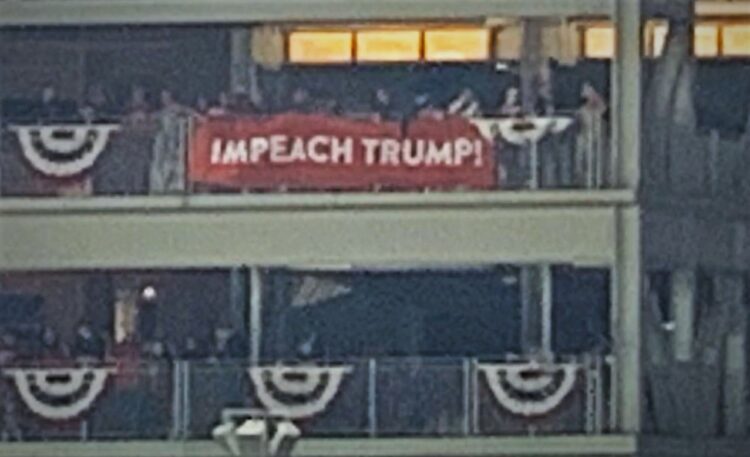 And right behind home plate #VeteransforImpeachment signs appeared for Trump to see on the jumbotron. 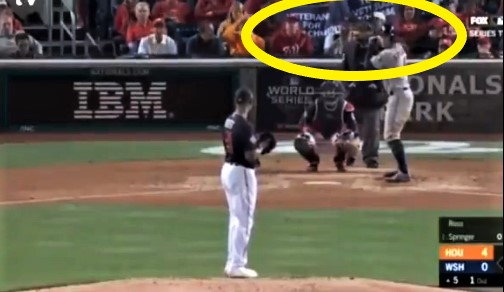 The Astros defeated the Nationals and took a 3-2 lead after Sunday’s game.

The game was also attended by a top critic of the president, celebrity chef José Andrés, who threw out the first pitch prior to Trump’s arrival at the game.

MLB Commissioner Rob Manfred said earlier this week that Trump had offered to arrive after the game started and not throw out the first pitch to minimize distractions for fans at the stadium.

Earlier in the week Trump said he was skipping tossing out the first pitch because it made him look “too heavy.”