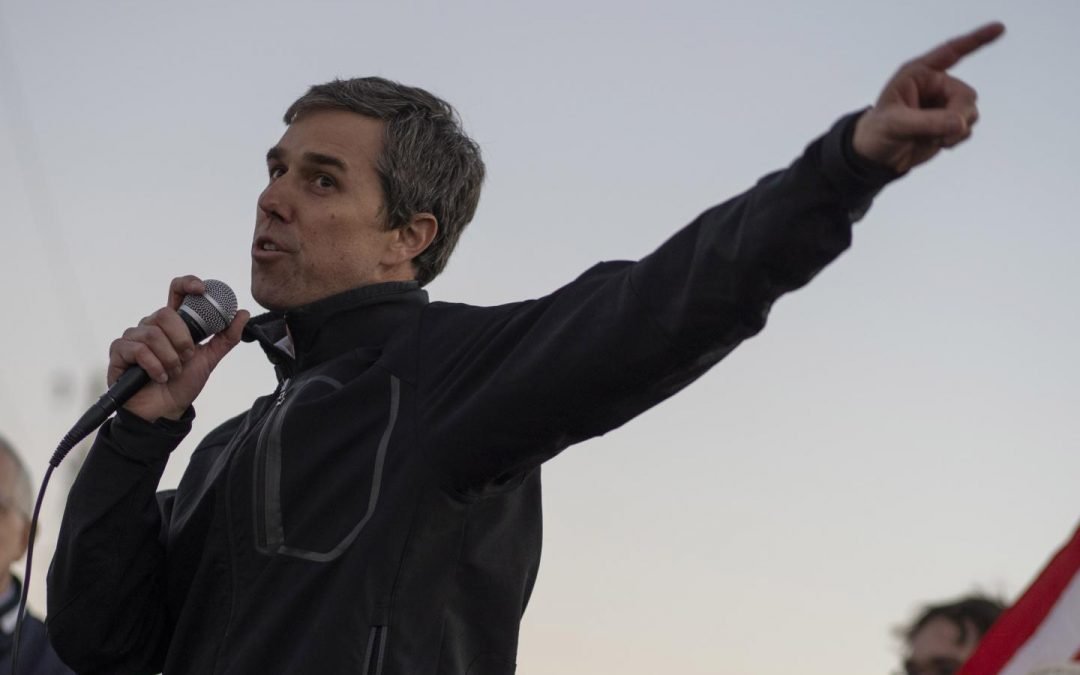 Beto O’Rourke has quit the presidential race, leaving a bigger lane for Pete Buttigieg who hopes to capitalize as Joe Biden’s fortunes fade.

O’Rourke struggled for months to recapture the energy of his insurgent 2018 Senate candidacy on a national stage full of other big personalities and liberal champions.

O’Rourke said he will not seek the Democratic nomination for the U.S. Senate in Texas in 2020.

“My service to the country will not be as a candidate or as the nominee,” he said.

By leaving the race, O’Rourke completes the winding path from his early status as a potential front-runner to his drastic decision over the summer to reframe his candidacy as an activist crusader following the mass shooting targeting Latinos in his home city of El Paso.

Since then, O’Rourke has campaigned doggedly on issues related to guns and race, calling most notably for federal gun-control policies that would require owners of assault-style weapons to surrender them to the government.

That’s a far more aggressive stance than most Democratic presidential candidates have endorsed.

In a hallway outside the venue of an Iowa Democrats dinner last night, where O’Rourke had been scheduled to appear, a black-draped table for his campaign was abandoned Friday night.

Passers-by helped themselves from the roll of “Beto” stickers sitting on the table, near a cardboard box full of one-sheet guides to “our most common cheers.”

But the campaign moves on.

Other candidates continue to be factors: Former vice president Joe Biden and Sen. Bernie Sanders (I-Vt.) are the most obvious.

Right now, however, the focus increasingly is on Warren and Buttigieg.

Warren is widely regarded as the candidate to beat in Iowa.

Her organization is judged as the best in the field, and her disciplined campaign style has helped to provide the edge she enjoys.

One prominent Democrat said Warren has “the best field organization seen in the state since Obama in 2008.”

Buttigieg started slowly: His campaign initially consisted of four people, and his organization was late to get moving. Despite successes, the candidacy of the 37-year-old mayor of the city of 100,000 continues to face skepticism about its long-term durability, particularly over his ability to attract support from African Americans.

But in Iowa, he has been rising rapidly of late.

“It’s coming down to the two of us,” Buttigieg said. “Obviously there are a lot of candidates and a lot of things can happen, but I think that as that happens, the contrasts become clearer. The contrasts are real.”

Buttigieg’s rivals are likely to regard statements like that as some mixture of arrogance and audacity, as the mayor tries to persuade voters that he is the strongest alternative to Biden on the center left.

The more he talks like that the more he will draw scrutiny and fire from the others, just as Warren has been drawing criticism the more she has risen both here and nationally.

With three months remaining until the Iowa caucuses, the battlefield remains fluid.

History says it will stay that way until that night in February when people finally make their selections known and the nomination race begins in earnest.