ELECTION 2020: Clinton Got 3 Million More Votes Than Trump, So Is She Due A Rematch? 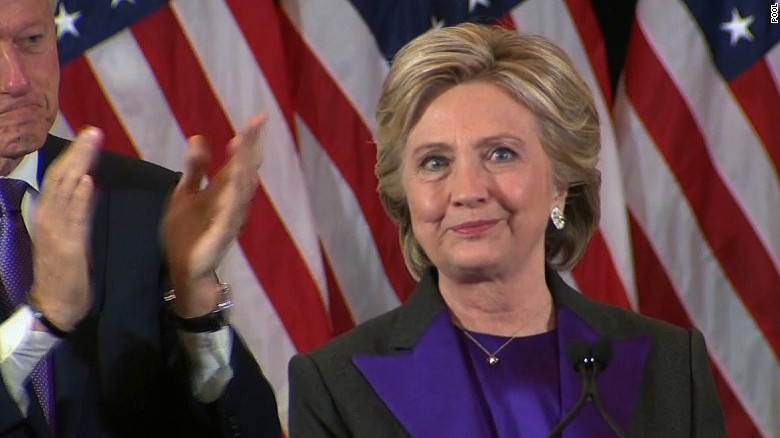 You get the feeling in some parallel universe, President Hillary Clinton is preparing to run for reelection, even while facing impeachment by the Republican House for unsubstantiated claims she runs a sex trafficking ring out of a DC pizza shop.

But in our universe, she lost to reality TV billionaire Donald Trump in the electoral college while beating him by millions of popular votes.

Some aliens looking in may be asking, “Why wouldn’t she get a rematch?”

Clinton today declined to rule out launching a future presidential campaign after her two failed bids, saying “many, many, many people” were pressuring her to enter the race.

“I, as I say, never, never, never say never,” the former secretary of State said on BBC Radio 5 Live. “I will certainly tell you, I’m under enormous pressure from many, many, many people to think about it.”

“But as of this moment, sitting here in this studio talking to you, that is absolutely not in my plans,” Clinton added.

Whereas in previous election cycles the field narrowed as the primaries approached, 2020 is different: Democrats continue to join, indicating an unsettled and broadening race less than three months before the Iowa caucuses and as polls reflect shifting support for top-tier candidates.

Michael Bloomberg, the billionaire former mayor of New York, filed for the Alabama primary a day before the deadline last week — possibly in preparation for a full-blown presidential bid.

Former Gov. Deval Patrick Massachusetts (hardly a household name) has expressed interest in announcing his candidacy as early as this week.

Could Clinton be next?

Reporters have doggedly asked that question on nearly every media appearance she’s made promoting a book, “The Book of Gutsy Women,” co-authored with her daughter, Chelsea Clinton.

She has alluded to the possibility multiple times, including in a Twitter exchange in which she quipped back at President Donald Trump, who had urged “Crooked Hillary” to enter the race to edge out “Uber Left” Elizabeth Warren.

Don’t tempt me. Do your job.

A top Clinton advisor, Philippe Reines on Fox News held the door open to a Clinton running, saying “there might be a reason that she’d be the best person” to take on Trump.

“I don’t think she’s more in touch with disaffected voters now than she was then, and we need to address that as Democrats,” Ferson said. “I think (former Vice President Joe) Biden, (Vermont Sen. Bernie) Sanders, (Massachusetts Sen. Elizabeth) Warren, (Minnesota Sen. Amy) Klobuchar have all made better connections with voters we didn’t get in 2016. Clinton versus Trump 2.0 would be a grudge match. But this isn’t heavyweight boxing, where if you lose the title, you automatically get a rematch.”

If Clinton were to run again, however, she would have the advantages of having “been around the track once” and of being able to raise money swiftly, said David Paleologos, director of the Suffolk University Political Research Center.

“If Hillary Clinton thinks she can connect fairly quickly with 30 to 35 percent of voters, then she’ll proceed,” Paleologos said. “But the reality is there isn’t a lot of time. I just don’t think there’s enough time to put everything together in time for the Feb. 3 Iowa caucus.”

If she does decide to be a late entrant to the race, she will have missed the deadline to be on the ballot in several states.

“I know, it’s way past time,” she said today. “Look, I think all the time about what kind of president I would’ve been and what I would’ve done differently and what I think it would’ve meant to our country and our world. … Whoever wins next time is going to have a big task trying to fix everything that’s been broken.”