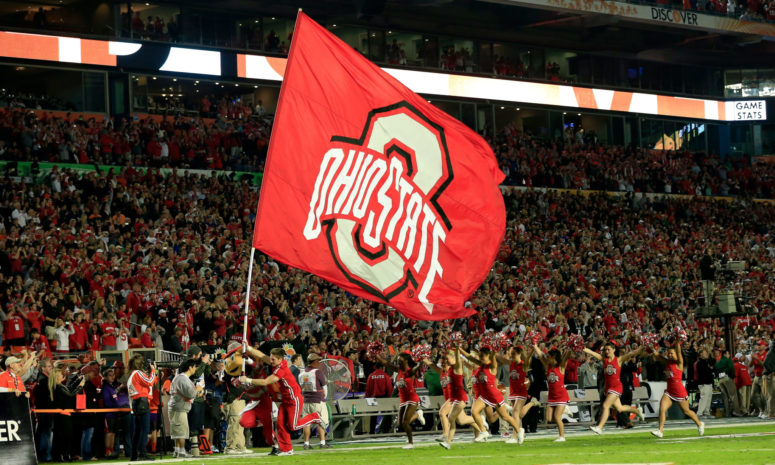 The Committee has spoken. And the Buckeyes are the top team in the land.

After an 8-0 start, Ohio State debuts at No. 1 in the first set of College Football Playoff rankings of the season, marking the fist time the Buckeyes have ever been the top team in the rankings.

Ohio State is joined in the top four by No. 2 LSU, No. 3 Alabama and No. 4 Penn State ahead of this weekend’s matchup between LSU and the Crimson Tide. 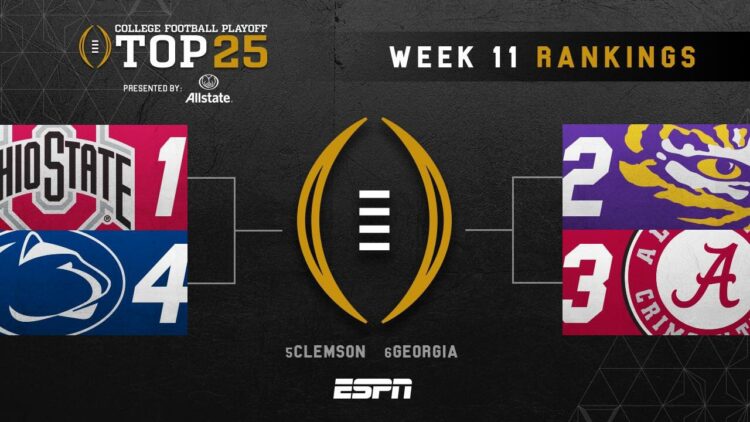 The Buckeyes have two wins over two teams ranked in the debut College Football Playoff rankings – No. 20 Cincinnati and No. 13 Wisconsin – with games against No. 14 Michigan and No. 4 Penn State remaining on the regular season slate, along with a potential Big Ten Championship matchup.

Of the five teams ranked No. 1 in the initial College Football Playoff rankings, three of them were still No. 1 in the final rankings and four of them ultimately made the playoff.

Penn State, who visit Columbus in 18 days, is 4th.