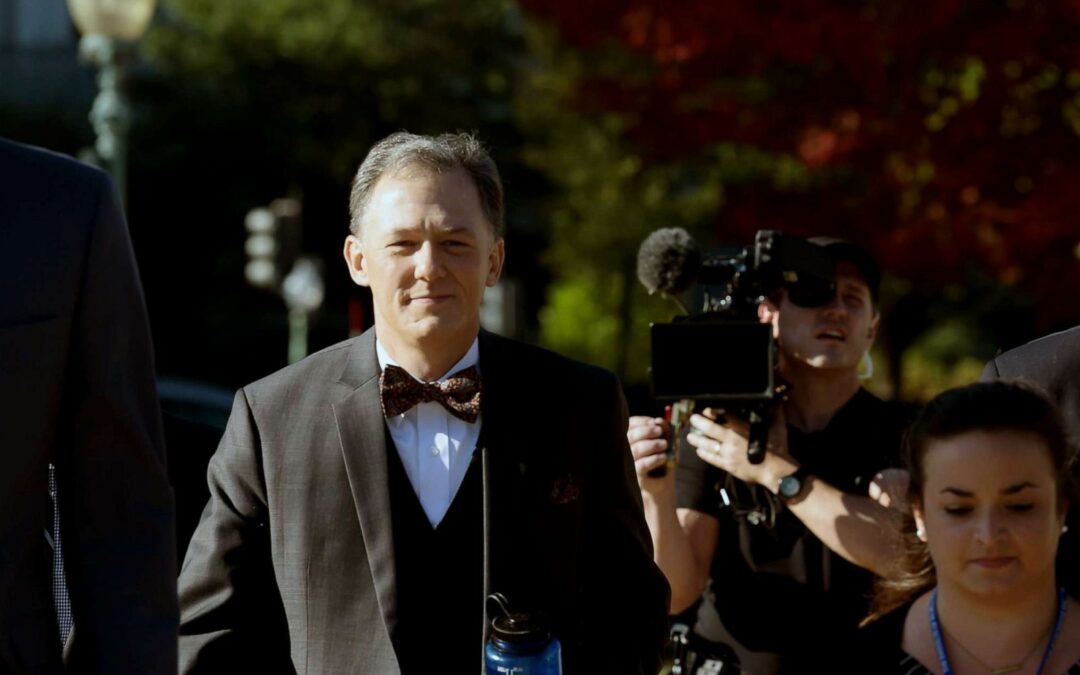 House Democrats today released the transcript of a senior diplomat who purportedly told Congress last month as part of the impeachment inquiry that President Trump’s anti-corruption campaign in Ukraine was itself corrupt.

George Kent, a senior State Department official who is expected to testify publicly next week, voiced concern about Rudy Giuliani’s contacts with Ukraine as early as March of this year, which prompted a supervisor to warn him to lay low, according to one Democratic lawmaker present during the deposition last month.

Kent, the deputy assistant secretary of State for European and Eurasian Affairs, oversees administrative policy in a bloc of Eastern European countries, including Ukraine, which has emerged as the focal point of the Democrats’ growing investigation.

Kent described the orchestrated efforts on both sides of the Atlantic Ocean as “snake pits.”

“My reference to the snake pits would have been in the context of having our Ambassador just removed through actions by corrupt Ukrainians in Ukraine as well as private American citizens back here,” Kent said.

The verbatim transcript is the sixth to be released by the Democrats this week, as they wind down the closed-door deposition stage of their impeachment investigation and transition to a public hearing phase, beginning next week.

Amid that transition, impeachment investigators today heard from what could be their last witness to be interviewed privately: Jennifer Williams, a career foreign service officer and top national security adviser to Vice President Pence, huddled behind closed doors for roughly five hours.

Williams said the phone call did not have the normal tone of a diplomatic call, but did not raise concerns about the call with her superiors.

She was asked by lawmakers in her closed-door deposition what Pence knows and she testified that she never heard him mention anything about investigations of the 2016 election, Burisma — the Ukrainian natural gas company on whose board Joe Biden’s son Hunter sat — or the Bidens.

She did not know of any request from Trump to Pence to bring up investigations during a meeting the vice president had in Warsaw with Ukrainian President Volodymyr Zelensky on September 1.

The Pence aide made note of the call and the transcript in her nightly notes but testified she did not know if the vice president read the transcript.

Pence himself has repeatedly insisted that Trump did nothing wrong but has not clarified how much he knew about efforts to pressure Ukraine and the parallel Ukraine policy that Trump’s personal lawyer Rudy Giuliani and others were leading outside the normal diplomatic and official channels.

Williams testified that she had limited information about why military aid was being withheld from Ukraine.

She was puzzled about it, but was kept in the dark about the decision-making process.

She described herself as someone who stayed in her lane and wasn’t pushing to understand why the aide was withheld.

However, Williams suggested to lawmakers she believed it could be tied to what she heard on the call: Trump’s request that Ukraine open investigations into the Bidens and the 2016 election.