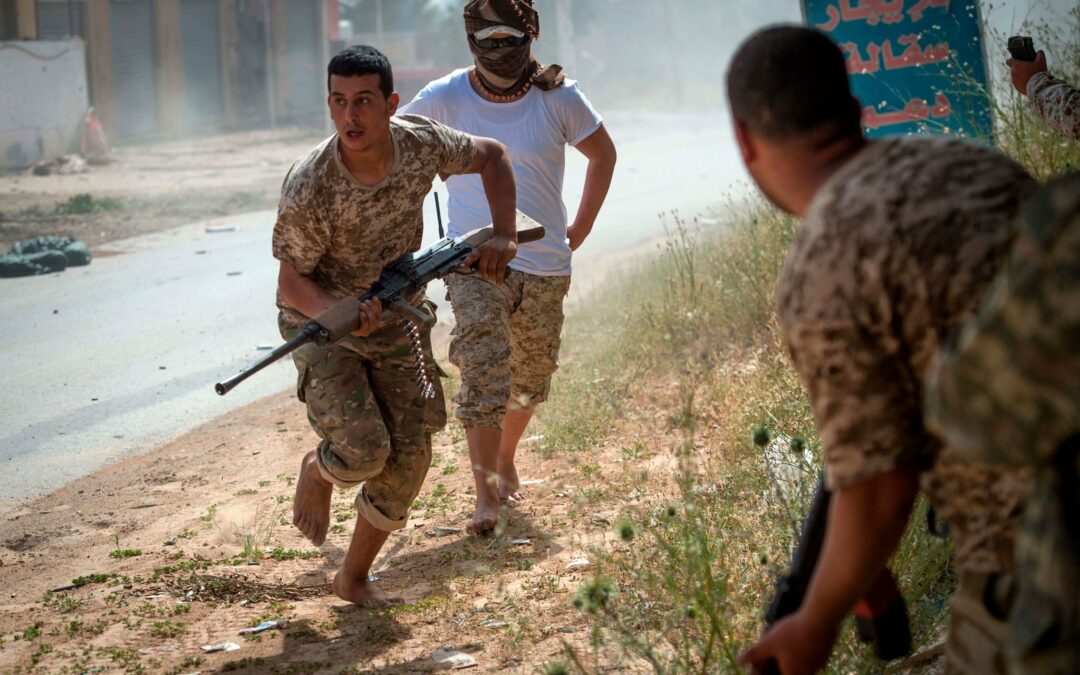 About 200 Russian fighters have arrived in Libya in the last two months as part of a broad campaign by the Kremlin to reassert its influence across the Middle East and Africa.

It’s the same playbook that made Russia the biggest foreign influence in Syria’s war.

The Kremlin has intervened on behalf of the militia leader Khalifa Hifter, who is also backed by the U.A.E., Egypt, Saudi Arabia and, at times, France.

He is at war with a coalition of pro-government militias from western Libya that is nominally supported by the U.S. and other Western powers, though Turkey is its only real patron.

Turkey and the U.A.E. have turned Libya into the first war fought primarily by clashing fleets of armed drones.

But on the ground, small militias clash in a handful of deserted districts on the southern outskirts of Tripoli.

The U.S officially supports the government in Tripoli, but has played no part in the current civil war beyond calls for a political solution.

Libya has seen eight violent and chaotic years since the U.S. and European powers backed the uprising that toppled longtime dictator Moammar Gadhafi.

It devolved into a bloody stalemate in the outskirts of Tripoli, the capital, with ongoing fighting fueled by foreign firepower, including armed drones.

Bashagha says he began to hear reports of Russian involvement over the summer, including from locals who described groups of light-skinned people “taking the roads through the desert.”

“By August, they were on the front lines,” he says. “The tactics used by Haftar’s forces drastically changed. The operations were becoming very professional.”

Suddenly airstrikes were being conducted from higher altitudes and at night, he says.

Russian snipers have also been “very effective and very harmful to our forces.”

He makes clear, though, that Tripoli is desperate for American support.

“Ironically, the countries that support Haftar while he attacks a government that is internationally recognized are also allied with the United States,” he says. “We are hoping that the U.S. will help push against the UAE and Egypt, to stop their meddling in our country.”

Bashagha says he’s optimistic a summit that Germany is attempting to organize will lead to “some sort of solution” that can guarantee democracy in Libya. But he says Russia can’t offer any such guarantee “while they have Wagner on the front lines.”

Bashagha is adamant that it was not a mistake for the U.S. to intervene in Libya in 2011, but says after Gaddafi’s downfall — and particularly after the death of U.S. Ambassador Chris Stevens in Benghazi — “America left us alone.”

“That American withdrawal made many regional countries have their proxy wars, their wars of interest on Libyan soil. And finally now it’s the Russians.”