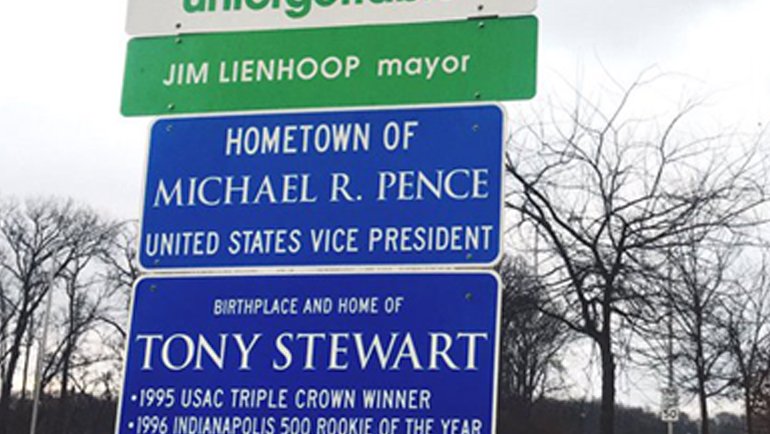 Things were bad for Republicans in 2018, but there are signals coming from 2019 that spell very bad news for the GOP in 2020.

One of them comes from Columbus, Indiana-the conservative hometown of Vice President Mike Pence- where, for the first time in nearly 40 years, Democrats have taken control of city government.

Bartholomew County, of which Columbus, Indiana, is the county seat, is considered a very “red,” or Republican, area.

The blue wave that swept across the Indiana city saw Democrats gain control of its council for the first time in 38 years, when Pence was a much younger man.

In 2016, the county voted overwhelmingly for Donald Trump, with Mike Pence as his vice presidential nominee at the time, with 63 percent of voters casting ballots for the Republican Party ticket.

The mayor of Columbus, Jim Lienhoop, was unopposed in this year’s election.

Lienhoop has expressed confidence that the divided government can work together, as council members from opposing party’s have cooperated in the past on a number of issues.

In a statement, the Indiana Democratic Party celebrated the fact that “Democrats flipped the council in Columbus—hometown of the former governor and Vice President and won commanding majorities in Portage and Evansville.”

“The victories underscore the shifting dynamic in the Indiana suburbs,” the group said.

Pence was born and raised in Columbus.

However, he has yet to comment on the Democrats’ victory in gaining control of his hometown’s city council.

The Vice President’s older brother, Greg Pence, who represents the 6th Congressional District of Indiana, was also silent on the turn of events in his hometown.