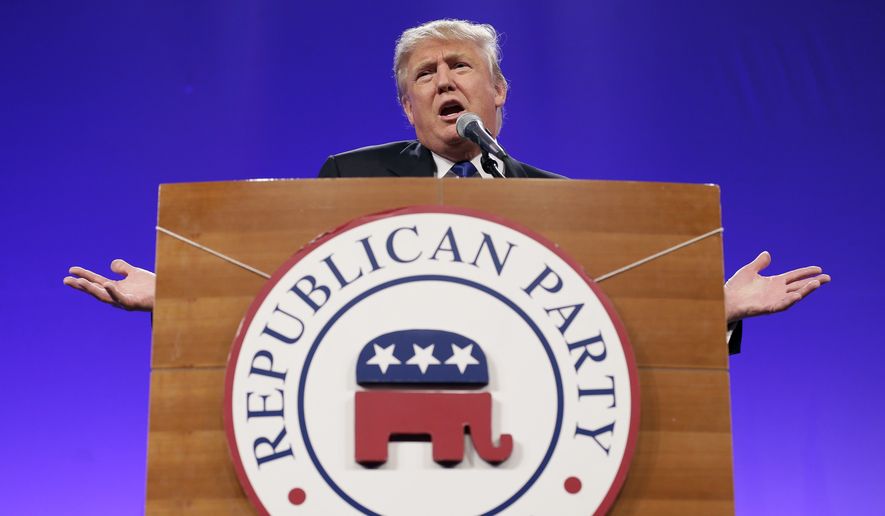 Since the impeachment inquiry into President Trump began, most Republicans in Congress have made the argument that Trump’s decision to withhold military aid to Ukraine in exchange for investigating a political opponent was not a quid pro quo or an abuse of power.

But after a partisan House vote last week opening up a public phase of the inquiry — and a parade of government officials who testified to Congress that there was a quid pro quo — some in Trump’s party are testing out a new refrain: Even if a quid pro quo existed, it is not grounds for impeachment. They are merely concerned.

“Concern is different than rising to the level of impeachment,” Representative Tom Cole, Republican of Oklahoma, said Sunday. “Look, if I believed everything the Democrats are saying, I would still say this isn’t an impeachable offense.”

The new line of attack, echoed by lawmakers and White House officials, is a turnabout for Republicans toiling to defend the president, who for weeks had led the cry of “no quid pro quo.”

More and more GOP senators are ready to acknowledge that the president did leverage military aid to Ukraine in exchange for the country investigating former Vice President Joe Biden and his son but that he did so without “corrupt intent.”

The shift in thought apparently came after a private Senate GOP lunch on Wednesday.

At the time, Sen. John Kennedy said there may have been quid pro quo but argued that leveraging military aid to another country is something the United States government often does.

In the lunch meeting, Sen. Ted Cruz echoed Kennedy’s argument, saying that a quid pro quo is not illegal unless there is “corrupt intent.”

When Mick Mulvaney, the president’s chief of staff, admitted weeks ago that there was a quid pro quo and said that reporters should “get over it,” congressional Republicans, stunned by the mess Mulvaney had created, waited until he denied a few hours later that he had said what he said.

They then embraced his denial.

“I think Mick was very clear in cleaning up his statement, that there was no quid pro quo,” Representative Kevin McCarthy of California, the minority leader, said at a news conference at the time. “You have the transcript to prove it.”

But as House Democrats conclude the fact-finding portion of their inquiry and prepare to make the case in public that Trump abused his presidential power to pressure Ukraine into investigating his political rivals, Republicans, recognizing that their process argument has a looming expiration date, have cast about for a new line of defense.

Adding to the angst is Trump himself, who implored Republicans last week to stop defending him on process and instead defend the substance of his call in July with President Volodymyr Zelensky of Ukraine, in which Trump asked the Ukrainian leader to “do us a favor” and investigate Democrats.

Lawmakers have since resigned themselves to the notion that Trump will continue to use his Twitter feed as an unvarnished, one-man war room, two Republican aides said, and can only hope he will not go off on too many tangents.

On Sunday, Trump suggested a path forward: After The Washington Post reported that Republicans were grappling with a way to combat growing testimony that the president abused his power to pressure a foreign leader, Trump’s denial also contained a marching order.

“False stories are being reported that a few Republican Senators are saying that President Trump may have done a quid pro quo,” Trump wrote on Twitter, “but it doesn’t matter, there is nothing wrong with that, it is not an impeachable event. Perhaps so, but read the transcript, there is no quid pro quo!”

The White House did not immediately respond to a question about whether the comments were part of an existing strategy, but on Sunday, Kellyanne Conway, the White House counselor, seemed to take a freelance approach to messaging.

In an appearance on CNN, Conway would not say whether she thought Trump’s actions on the July phone call constituted a quid pro quo.

“I don’t know whether aid was being held up and for how long,” Conway said, despite testimony from current and former Trump administration officials that the aid had been held up by mid-July on Mr. Trump’s orders and was not released until September.

Later, in an appearance on Fox, Conway said that if Trump had held up aid to Ukraine until prosecutors there investigated Biden it would not constitute a high crime worthy of impeachment.

She added that the scenario was “a hypothetical that the Democrats want to be true.”

Laurence Tribe, a Harvard law professor and an author of “To End a Presidency,” a book on impeachment, said the gamble that the most vocal Republicans appeared to be taking was that Trump — who as a candidate boasted that he could shoot someone on Fifth Avenue and get away with it — had succeeded in essentially saying “so what?” before.

Trump, for example, has denied applying pressure to Zelensky to investigate Biden, but then added that it would “have been O.K. if I did.”

Tribe said in an interview that the president and his defenders were using the same attack strategy that the president applied during the Mueller investigation into Russian interference in the 2016 election, relentlessly spreading a message of “no collusion” between Russians and the Trump campaign.

“I think the logic is the logic of the big lie,” Tribe said. “That if you repeat something often enough loudly enough to people who are not being critical in their analysis of what they’re hearing, you may just get away with it.”