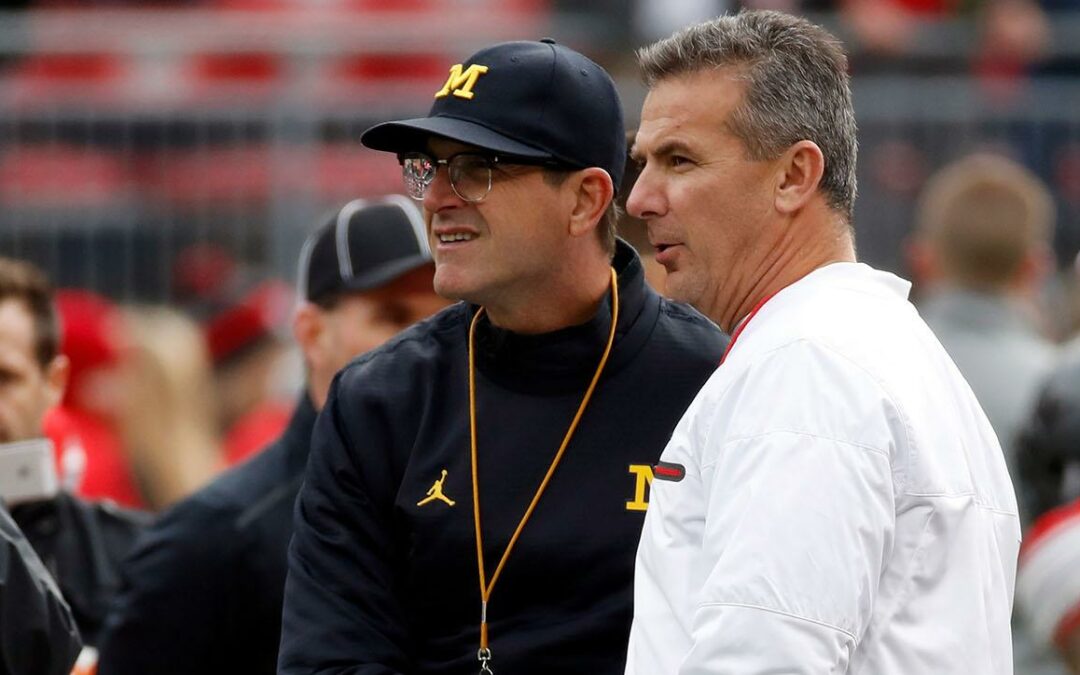 Urban Meyer never lost to Michigan during his coaching career at Ohio State.

And he hasn’t forgotten that feat, either.

Previewing Saturday’s Michigan State-Michigan game, the FOX Sports national college football analyst was asked by Charles Woodson (who was whistling Michigan’s fight song) if he knew the words to the “Hail to the Victors.”

Last fall, Meyer’s Buckeyes erupted for 62 points against the Wolverines, ending Michigan’s hopes at playing for a Big Ten Championship.

Ohio State would move onto Indianapolis and win the conference title and end the campaign with a Rose Bowl victory in Meyer’s final game at the program.

Meyer showed off his Rose Bowl ring today on Twitter, along with some others:

Ohio State and Michigan will meet on Nov. 30 in Ann Arbor.

It’ll be the first time that Ryan Day is the head coach for this matchup.

The pressure will be on Jim Harbaugh to lead the Wolverines to a victory.

Over the years we saw him struggle mightily against Meyer, which includes last year’s blowout loss.

FOX will be covering this year’s showdown between Ohio State and Michigan, and Meyer will certainly have some more opinions to add.