VETERANS DAY: At 15, My Grandfather Enlisted In Navy During WWI – “Germans Blew Us All To Pieces”

It has now been over 100 years since the Armistice that saw the end of World War I.

A horrific war that cost 8.5 million people their lives in the war that was supposed to end all wars. 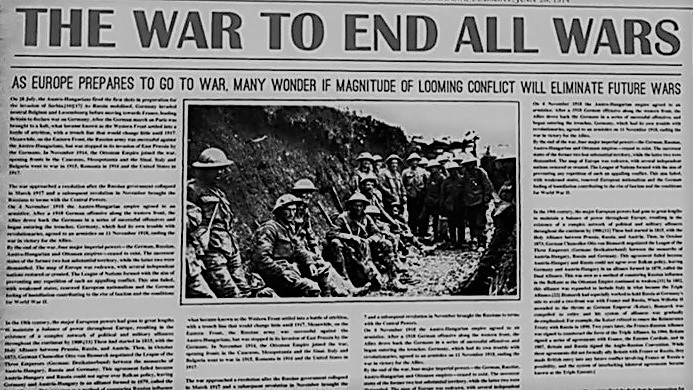 It was in 1917 when my grandfather, Dillon C. Rhodenbaugh, found himself in the middle of unimaginable carnage in France. 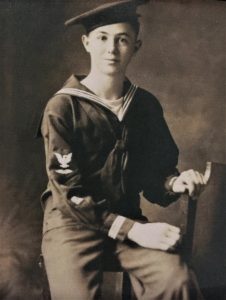 “I was only 15 when I enlisted. I was underage and had to have my mother sign my paper to let me get in,” my grandfather told me in 1988 when I interviewed him about the war. “I had a brother, and I always admired him because he was in the Navy during the Sailing Days. And of course that’s the kind of training I got first was on sailing vessels. But that’s what sparked my interest in the Navy was my brother.”

World War I started in 1914, and as it raged across Europe, everyone in America was talking about it.

By the time the U.S. entered the war in 1917, my grandfather said convincing his mother that he needed to go into the service was easy, and the Navy had no trouble enlisting someone so young.

“I wasn’t as well trained as they are today,” said my granddad. “In those days they put men onboard ships before they were well trained, and they had to learn in a hurry to protect the ship and themselves.”

The First World War embroiled most of the nations of Europe along with Russia, the United States, the Middle East, and other regions.

The war pitted the Central Powers — Germany, Austria-Hungary, and Turkey — against the Allies — France, Great Britain, Russia, Italy, Japan, and the United States.

The war was virtually unprecedented in the slaughter, carnage, and destruction it caused.

It wasn’t so long after enlisting that my grandfather found himself onboard the USS Texas sailing quickly toward the action in Europe.

The Texas joined Division 9/6th Battle Squadron of the Britain’s Grand Fleet on February 11, 2018, at Scapa Flow, and performed convoy duties and a few sorties.

“Our biggest guns on the USS Texas were 18 inch,” my grandfather said. “Those were the guns that they made the Battleship on Wheels in Brest, France during World War I. The Navy had larger guns than the Army, and so they took these guns off the USS Texas and mounted them on flatcars and pushed them up through France. They didn’t last too long because the Germans were waiting for us and they just blew us all to pieces.”

It was a failed idea that was little studied by war historians, but the program killed soldiers and wounded many others, including my grandfather. 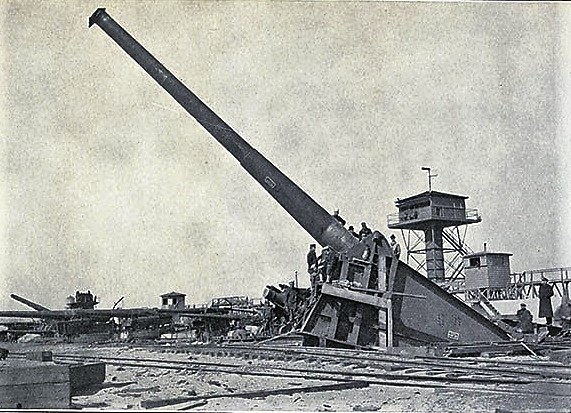 A United States Naval report concluded about the men who served in the Battleship on Wheels: “Danger always threatened and the men, who habitually carried gas masks, remained in dugouts when off duty.”

My grandfather had left Ohio to serve his country as a teenager. He returned from France, being wounded by the Germans, a man at the age of 16.

“My dad was injured in the First World War, and he never talked about it,” said my mother Doris Heath. “He really didn’t like talking about it. He had post-traumatic stress disorder, which they called nervous breakdowns back then. I can remember the doctor coming to the house and sitting with him all night, and I’d sometimes sit on the steps because I didn’t know what was going on. As he got older he began to talk about it, and it was awful.”

On November 20, 1918, the Texas sailed with the Grand Fleet to meet the surrendering German fleet.

The war was over.

And politicians promised the American people that it would be the last war ever fought. 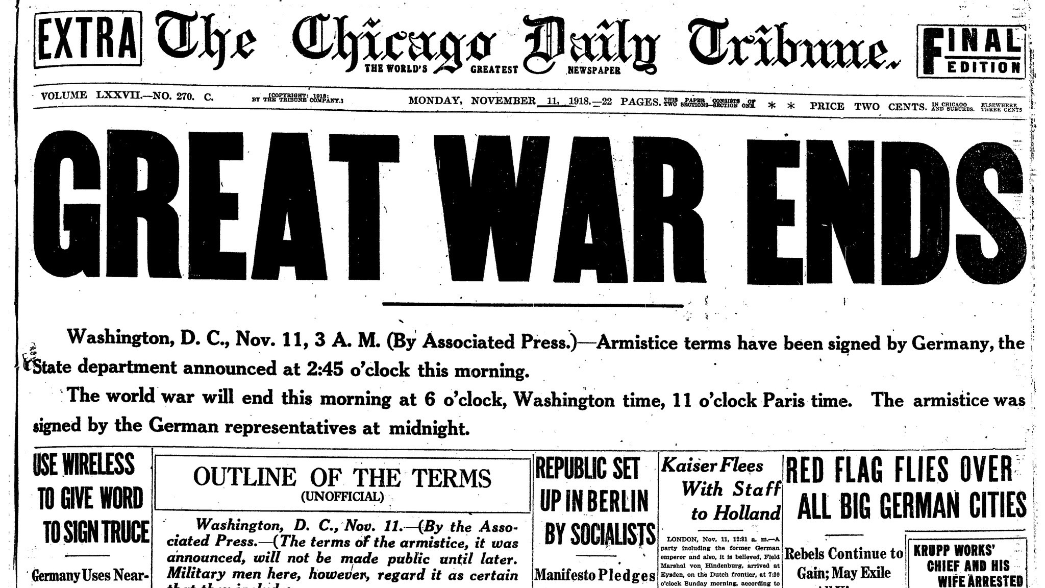 “Oh, everybody thought that,” said my granddad. “The powers of the world were all together at one time. Russia, Germany, France and the United States all was sitting down, and they were planning there would be no more wars, and that’s what they put in the paper. War was over for good, they’d never have another war. But it didn’t work out.”

The brave soldiers who fought in World War I are often forgotten with the attention of the next world war twenty years later.

But what they did on behalf of their nation should always be remembered.

My grandfather lived to the age of 91, carrying the scars of war with him all his life.

But he has always made our family so grateful to be American.

WATCH: Portion of my interview with my grandfather on the Jim Heath YouTube Channel: 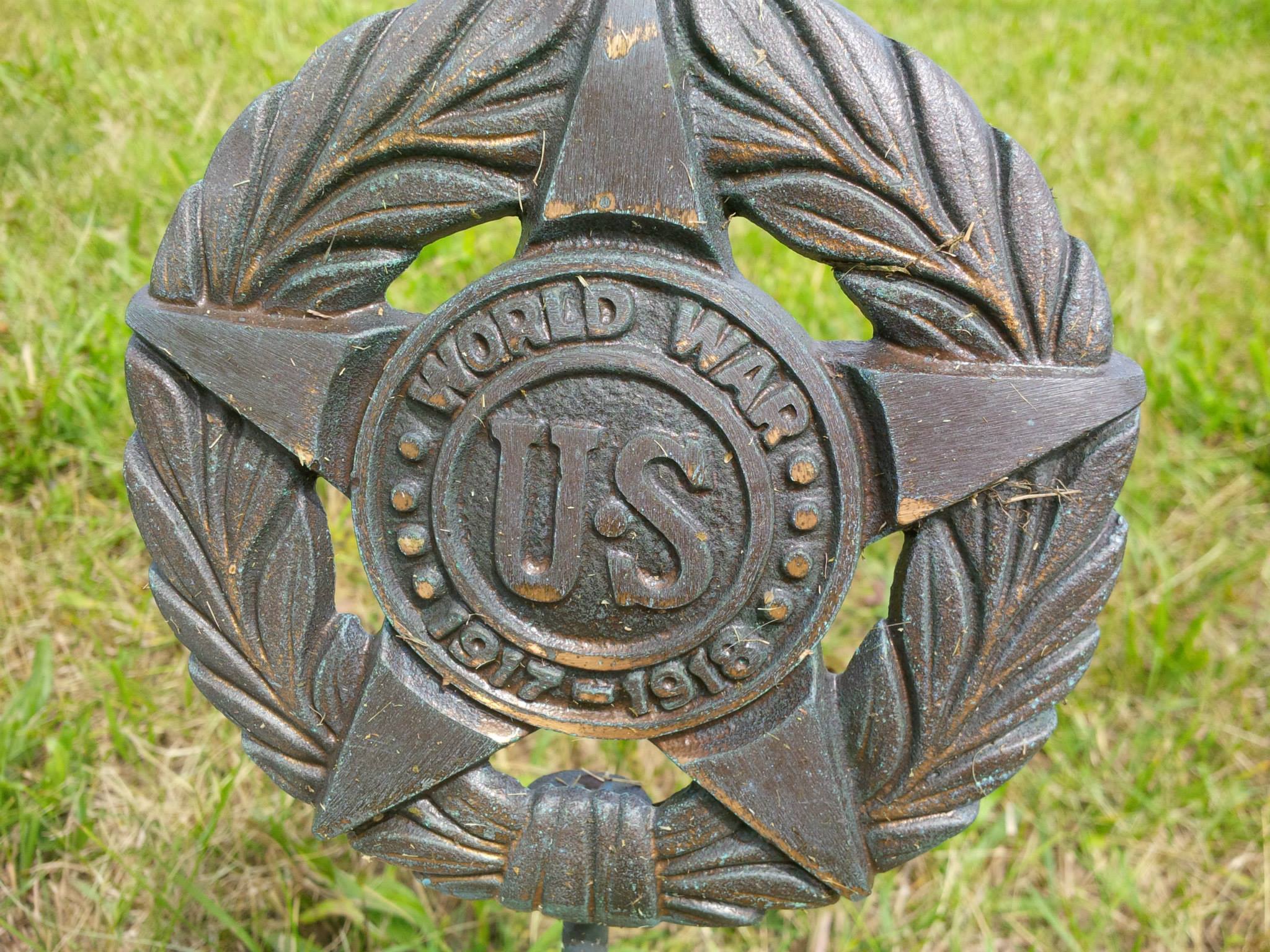 World War I medallion placed at the grave of Dillon Rhodenbaugh in Van Wert, Ohio.