WATCH: Hannah Brown Tells DWTS Judge Carrie Ann Inaba To Back Off -“I Don’t Want To Be Touched!” 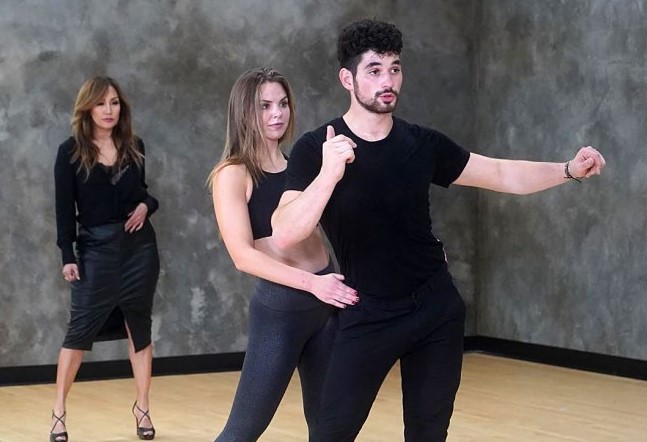 Hannah Brown does not want to be touched.

The former Bachelorette star and partner Alan Bersten are joined by judge Carrie Ann Inaba during rehearsals on tonight’s episode of Dancing With the Stars  — and things quickly get … thorny.

“I feel like Carrie Ann really pushes me,” Brown, 25, tells her partner when he asks which judge she’d like to have help out. In turn, the pro, 25, responds, “Which I think would actually be good if we have her.”

Carrie Ann has always been a little bit harder on me,” Brown explains in her interview. “She has not been my source of confidence.”

However, the Hawaii native was there to help the team with their redemption dance.

She assigned them to redo the rumba, which they originally performed during week 3; Inaba had said at the time Brown had no hip action and felt the routine looked “more like a cheerleading dance.”

During rehearsal, she tried to get Brown to accentuate her hips more.

“You’re doubting yourself, so you’re trying to cut it short you have to show it off more,” Inaba states, as she sees the reality star is getting more and more frustrated. “I know it’s hard, stay with me.”

Brown then says, “It’s fine,” but clearly has tears in her eyes.

The Talk cohost reminds her that she can be honest. “I’m a judge, I can take it. Trust me,” she says. “I’m not here for any other reason but to help you.”

With that, the Bachelor alum gets tears in her eyes and Inaba tries to console her with a hug.

“I don’t want to be touched,” Brown responds.