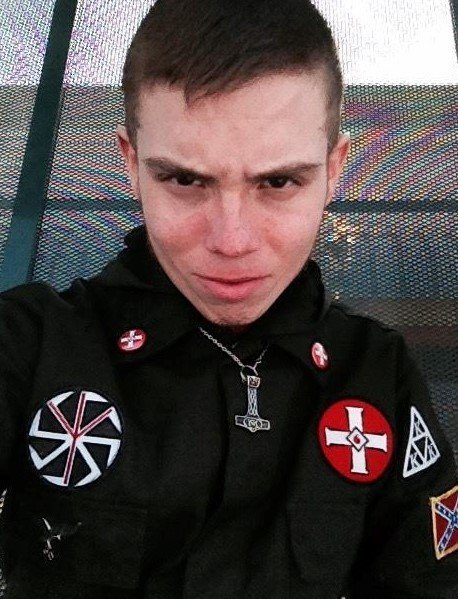 A white supremacist is facing federal charges accusing him of plotting to bomb a synagogue in Pueblo, Colorado.

Richard Holzer, 37, is also accused of planning to poison members of the Colorado synagogue by putting arsenic in their water pipes.

Holzer told undercover agents that he is a former KKK member and a current “skinhead.”

He was arrested last Friday on a charge of attempting to obstruct religious exercise by using explosives and fire.

U.S. Attorney Jason Dunn said at a press conference said they stopped, “what we believe to be an imminent threat of domestic terrorism against a Colorado religious institution.” Dunn said FBI agents became aware of “racist, anti-Semitic and threatening statements” made by Holzer on social media.

He said Holzer, “repeatedly expressed his hatred of Jewish people and his support of a racial holy war.”

FBI Special Agent-in-Charge Dean Phillips told reporters the investigation into Holzer began after the FBI’s Denver office received a tip about online comments he had made.

Phillips said they had “credible information” that Holzer was plotting to harm members of the Jewish community in Pueblo and began an investigation.

“After reviewing multiple social media posts, and utilizing a number of investigatory techniques, we determined that Mr. Holzer did pose a threat to our Jewish community, specifically, we learned that he appeared to be planning to destroy the Temple Emanuel synagogue,” Phillips said. “Our task force used multiple investigative techniques to gather information that led to Mr. Holzer’s arrest late Friday night, including recorded conversations, meetings with undercover FBI agents, exploitation of social media accounts and the execution of a federal search warrant.”

Holzer told undercover FBI agents he was taking part in a “racial holy war,” and said his plot to destroy the Temple Emanuel synagogue in Pueblo was his “mountain.”

He said Jewish people are a “cancer” on his community.

Holzer was planning to attack the synagogue on November 1 and believed the undercover FBI agents he had been corresponding with and meeting with in the Pueblo area were going to help him, according to court documents.

According to the targeted synagogue’s website, “Temple Emanuel is on the National Register for Historic Places and is the second oldest Synagogue in Colorado. Its construction was completed and dedicated on September 7, 1900. The Synagogue went through a complete renovation in the 1990s and was rededicated in December 2000.

Temple Emanuel is a small congregation of 30 families and has a visiting Rabbi from Denver, Colorado who comes to Pueblo twice a month.”

Holzer was held at the El Paso County Jail in Colorado before being transferred to the Jefferson County Jail.

The Anti-Defamation League has been monitoring Holzer, and his alias, Rikard Buschmaan, since 2016, according to an article posted by the ADL after his arrest.

“ADL’s Center on Extremism has been aware of Holzer’s activities for several years and has shared information with law enforcement on several occasions (unrelated with this case), citing concerns he might be dangerous. He frequently posted online about killing his enemies, sometimes including videos of himself opening and closing a switchblade or flipping a balisong knife,” the organization wrote.

In court documents, an FBI agent wrote that Holzer should be charged because of his “hate crime and domestic terrorism-related activities.”