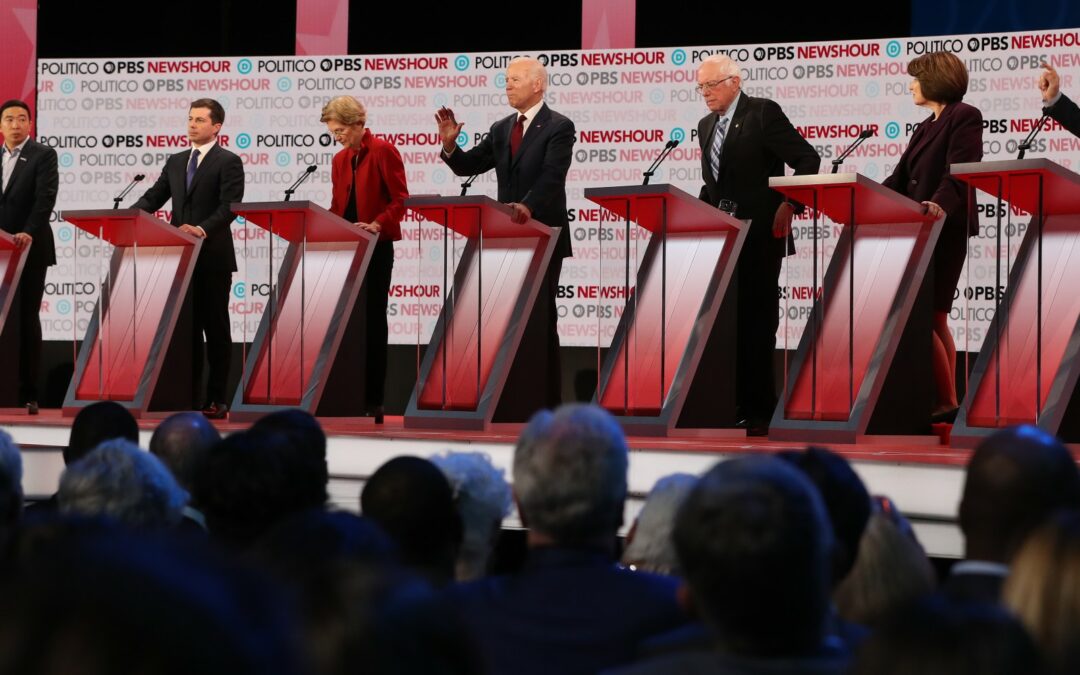 Pete Buttigieg, the 37-year-old mayor who has emerged as an unlikely presidential power player, faced fierce attacks over his fundraising and readiness tonight in a high-stakes debate that tested the strength of the fresh-faced Democrat just six weeks before primary voting begins.

A pair of senators onstage emerged as his chief critics, with Elizabeth Warren seizing on his reliance on wealthy donors and Amy Klobuchar challenging his limited governing experience.

In the most pointed exchange, Warren, a 70-year-old Massachusetts senator, zeroed in on Buttigieg’s recent private meeting with wealthy donors inside a California “wine cave,” the details of which were recounted in a recent Associated Press story.

“Billionaires in wine caves should not pick the next president of the United States,” she charged.

Buttigieg, who has surged into the top tier of the Democratic Party’s 2020 primary in part because of his fundraising success, did not back down.

“We need to defeat Donald Trump,” he responded, noting that Trump’s reelection campaign has already accumulated hundreds of millions of dollars. “We shouldn’t try to do it with one hand tied behind our back.” 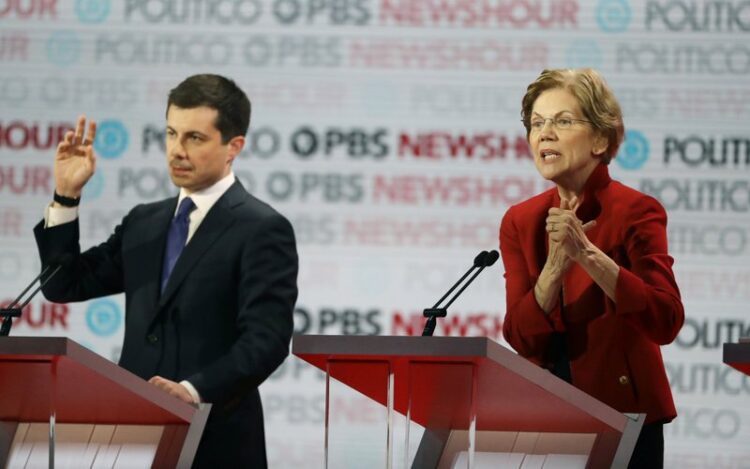 Pete Buttigieg in a feisty exchange with Elizabeth Warren.

The focus on Buttigieg at the Los Angeles debate highlighted his strength in the Democratic Party’s turbulent primary contest just 46 days before voting begins, but it also raised broader concerns about the direction of the race: Democrats are not close to unifying behind a message or messenger in their quest to deny Trump a second term.

In fact, as tonight’s clash revealed, the party is still consumed by a high-stakes tug-of-war between feuding factions that must ultimately come together in order to beat Trump next November.

One side, led by Warren and Vermont Sen. Bernie Sanders, is demanding transformational change to the U.S. economy and political system. 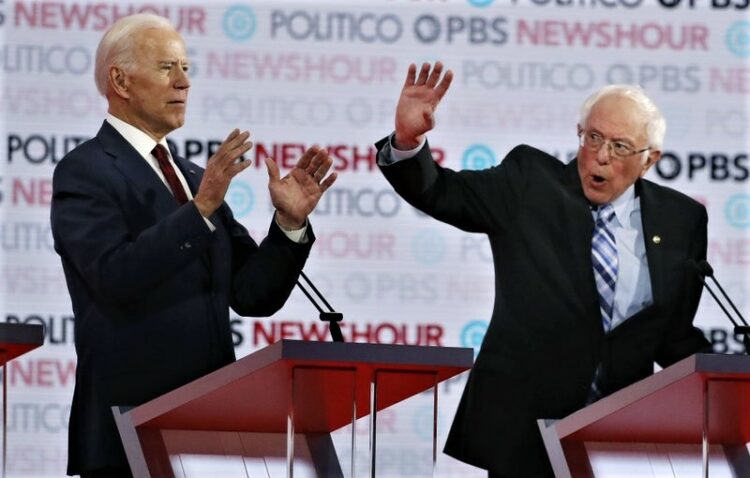 Joe Biden makes a point during exchange with Bernie Sanders.

The other, led by former Vice President Joe Biden, Buttigieg and Klobuchar, prefers a more cautious return to normalcy after Trump’s turbulent reign.

Buttigieg, who is polling well in early voting states Iowa and New Hampshire, has been forced to grapple with questions about his fundraising, an issue that has exposed the fissure between the moderate and progressive wings of the party.

Over just the last week, he hosted wealthy donors at a California wine cave, disclosed consulting work for a big insurance company that preceded layoffs and released a list of wealthy bundlers. His challenges with black voters are well documented, but suddenly, Buttigieg’s corporate connections are beginning to alienate the party’s progressive activists.

Protesters aligned with Warren and Sanders tracked him across New York City during a recent fundraising swing, banging pots and pans and calling him “Wall Street Pete.” The 37-year-old seemed genuinely confused by the protests, which he was forced to acknowledge during at least one Manhattan fundraiser because the noise outside was so loud.

“I do not sell access to my time,” Warren said of Buttigieg’s aggressive fundraising schedule.

“As of when, Senator?” Buttigieg fired back, referring to Warren’s reliance on wealthy donors before becoming a presidential candidate.

Klobuchar, a Minnesota senator, went after Buttigieg for criticizing the combined experience of all the senators who participated in a previous debate.

“So while you can dismiss committee hearings, I think this experience works. And I have not denigrated your experience as a local official — I have been one. I just think you should respect our experience when you look at how you evaluate someone who can get things done.”

Buttigieg responded: “You actually did denigrate my experience, Senator.”

Biden, who is leading recent national polls, had a solid night expressing his views while avoiding most of the attacks.

In his closing remarks, he exhibited a bit of stuttering which is something he’s admitted to battling his entire life.

Biden immediately fired back a response:

I’ve worked my whole life to overcome a stutter. And it’s my great honor to mentor kids who have experienced the same. It’s called empathy. Look it up. https://t.co/0kd0UJr9Rs

Stuttering is a neurological disorder that affects roughly 70 million people, about 3 million of whom live in the United States.

It has a strong genetic component: Two-thirds of stutterers have a family member who actively stutters or used to. Biden’s uncle on his mother’s side—“Uncle Boo-Boo,” as he was called—stuttered his whole life.

Biden says he remembers stuttering starting at the age of four.

The harsh reaction to Sanders on social media was intense, with some demanding she apologize.

Amid the ideological fight, Democrats faced a pointed challenge related to their need to build a diverse coalition to win the general election.

For the first time this primary season, no black or Latino candidate appeared onstage.

The omission was embarrassing, at best — and politically dangerous, at worst — as Democrats fight to convince people of color that they’re not taking their vote for granted.

Asked what message the lack of diversity on the debate stage sends, Sanders tried to shift the conversation back to a discussion about climate change.

Admonished by one of the moderators to stick to the question, Sanders countered that people of color will suffer “the most if we do not deal with climate change.”

The only nonwhite candidate on stage, Andrew Yang, called it “both an honor and a disappointment” to be the only candidate of color on the debate stage.

He said he missed California Sen. Kamala Harris, who folded her campaign this month, and New Jersey Sen. Cory Booker, who failed to qualify. “I think Cory will be back,” Yang predicted.