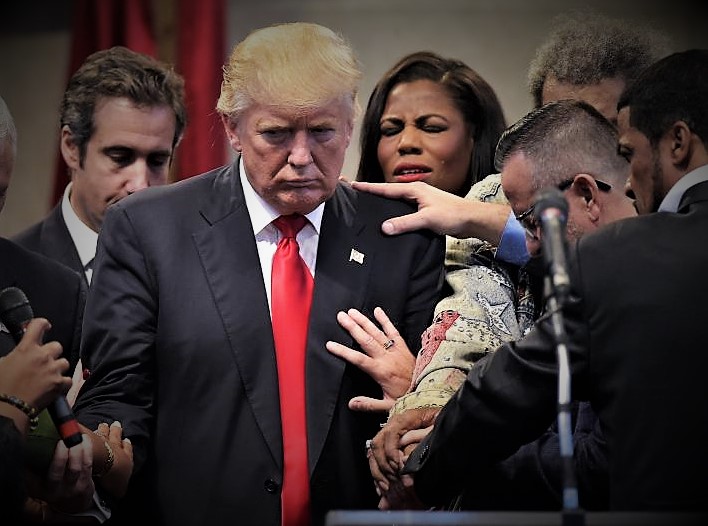 An editorial published by Christianity Today, a magazine founded by the late Rev. Billy Graham, today called for President Trump’s removal from office in the wake of his impeachment, deeming him “grossly immoral.”

The piece, attributed to Christianity Today Editor in Chief Mark Galli, notes that the “president of the United States attempted to use his political power to coerce a foreign leader to harass and discredit one of the president’s political opponents. That is not only a violation of the Constitution; more importantly, it is profoundly immoral.”

It continues: “We have reserved judgment on Mr. Trump for years now. Some have criticized us for our reserve. But when it comes to condemning the behavior of another, patient charity must come first. … To use an old cliché, it’s time to call a spade a spade, to say that no matter how many hands we win in this political poker game, we are playing with a stacked deck of gross immorality and ethical incompetence.”

Christianity Today is an influential mainstream magazine for evangelicals, with 4.3 million monthly visitors on its site and hundreds of thousands of print subscribers.

Galli continued, noting that the president has, in his opinion, lowered the standard for presidential decorum, openly admitted to unsavory interactions with women and has worked with a “number of people who are now convicted criminals.”

“The reason many are not shocked about this is that this president has dumbed down the idea of morality in his administration,” Galli said.

“His Twitter feed alone—with its habitual string of mischaracterizations, lies, and slanders—is a near perfect example of a human being who is morally lost and confused,” he added.

The editor went on to say that the findings from an investigation conducted by former special counsel Robert Mueller were not enough to impeach the president, but that the recent impeachment hearings made it clear that Trump abused his power and betrayed his oath of office.

“We believe … that President Trump has abused his authority for personal gain and betrayed his constitutional oath. The impeachment hearings have illuminated the president’s moral deficiencies for all to see. This damages the institution of the presidency, damages the reputation of our country, and damages both the spirit and the future of our people.”

Galli opined that none of the president’s positive qualities outweigh the “moral and political danger” America faces under Trump’s leadership, before calling on lawmakers to impeach and remove the president.

Trump was impeached by House lawmakers Wednesday on two articles of impeachment — abuse of power and obstruction of Congress — related to his contacts with Ukraine.

House Democrats have accused the president of holding up millions in military aid to the country while Trump pressed Ukrainian President Volodymyr Zelensky to open political investigations into Trump’s political foes.

Trump won 81% of the evangelical vote in 2016, a group that makes up about 25% of the electorate, according to the Pew Research Center.

“That [Trump] should be removed, we believe, is not a matter of partisan loyalties but loyalty to the Creator of the Ten Commandments,” the editorial concludes.