COMMENTARY: It’s Time To END The Iowa Caucus – America Has Changed Since 1972 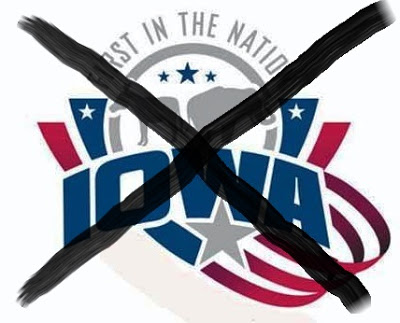 As we head into 2020, Democrats and Republicans are going to have to take a hard look at whether Iowa voters are the first measuring stick they want to use in selecting their nominee.

Since 1972, Iowa has held the first presidential nominating contests in the country.

Over the years, the Iowa caucuses have grown in size, scope and importance.

A lot of cash is being spent in the first-in-the-nation caucus state that is whiter and more rural than the rest of the country.

Here’s the bottom line: With the changing demographics in America, Iowa does not represent America in several fundamental ways.

She acknowledges that Iowa didn’t really happen on purpose.

“It happened after the 1968 Democratic National Convention,” she said, which was marred by violence over the Vietnam War and racial tension. “The Democratic Party nationally and in Iowa decided they wanted to change their process to make it more inclusive.”

Part of that meant spreading the presidential nominating schedule out in each state.

Because Iowa has one of the more complex processes — precinct caucuses, county conventions, district conventions, followed by a state convention — it had to start really early.

That’s why the Iowa caucus leads our nation in picking the president – because their system is convoluted.

Is that really why we want a state to go first?

Iowa is a small, rural and 94 percent white state, and an awful proxy for the nation as a whole.

And only roughly 20 percent of eligible caucus-goers actually turn out to participate on caucus night.

“When we get to the general election next November, about 45 percent of the vote is going to come from places that I call big cities or urban suburbs,” said Dante Chinni, director of the American Communities Project at American University. “That’s a lot of the vote. There are none of those major cities in Iowa.”

A handful of people in Iowa are kicking off the process to select the future leader of the free world.

And the caucus system makes it even more of a mockery.

It’s not a real election but rather a time-consuming circus of wheeling and dealing dominated by political activists. 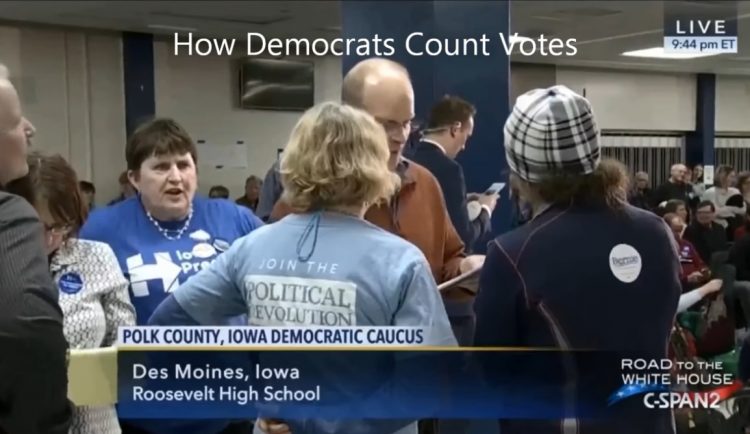 C-SPAN records the chaos of the Iowa Caucus, 2016.

Having watched the Iowa caucus process on C-SPAN since my teenage years, let me explain it as quickly as I can: Inside an elementary school gym (or some other public building) participants head off to corners of the room to publicly show their support for a candidate.

Undecided voters form their own group and stand in their own corner.

Then speeches are given by supporters of all the candidates in an attempt to move the undecided to their camp (and make sure their own supporters don’t bolt to a different candidate), much like herding cats.

When a vote is taken and a candidate does not receive 15 percent of the vote (this applies to Democrats only) they are removed, but their supporters can then join another group.

After several hours of wooing and voting, a final vote is taken and the group with the most people still in the room wins.

I am not making this up.

{READ: More About The Iowa Caucus in Jim Heath’s Front Row Seat At The Circus}

Prior to 1972, most national convention delegates were chosen by the caucus system but over time, voters realized the process was not fair and demanded change.

By 2008 only 10 percent of Democratic delegates and 15 percent of Republicans were chosen by a caucus.

So why in the world is the Iowa caucus still leading our presidential selection process?

VOTE IN OUR POLL!

I once asked that question to former Iowa governor Tom Vilsack on my television show Capitol Square.

The topic turned into a ten-minute debate on the merits of the caucus system.

Vilsack, who was also our Agriculture Secretary, politely argued the caucus system goes back to the beginning of our nation.

It allows unknown candidates to come from nowhere with strong organizational and people skills.

Without Iowa, he pointed out, Democrats may not have had Barack Obama as the nominee in 2008.

That may or may not be true.

What is certain is that the Iowa caucus for Democrats is not a one-person one-vote system.

Fewer voters participate because the process takes hours to complete.

In my view, Iowa, which is making millions of dollars from the candidates and the worldwide attention it receives, should be part of a opening day primary – call it Super First.

It’s time of leading America’s electoral system for picking the president should be over.