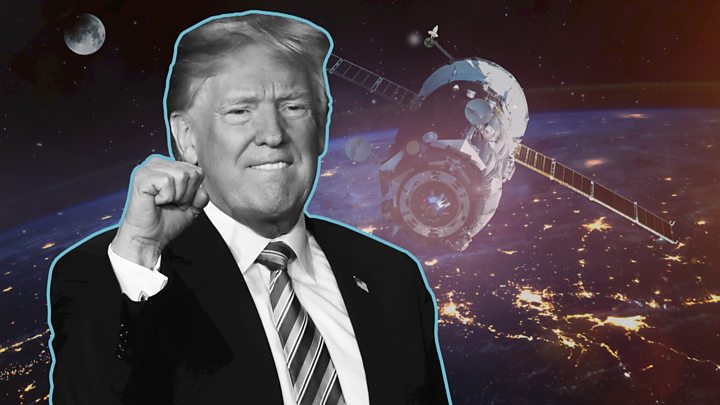 The House of Representatives passed an annual defense authorization bill today with a provision that provides all federal workers with 12 weeks of paid parental leave for the first time in American history.

The paid parental leave provision was added after a significant push from Democrats, who during the course of the negotiation saw an opening with President Trump’s desire to see the establishment of Space Force as a branch of the US military.

Over the objection of congressional Republicans, the White House agreed to the paid parental leave for federal workers in order to ensure the establishment of Space Force.

Democrats celebrated the paid leave provision in the must-pass legislation, although the bill on the whole was met with dismay from some progressive members who felt they lost on many of their other legislative priorities after negotiations with the Republican-held Senate.

Forty-one Democrats and six Republicans opposed it, along with independent Rep. Justin Amash.

While Democrats did secure a win on paid family leave, the measure in several places moved sharply away from the House-passed version that included an array of progressive priorities on defense — something that led some House Democrats to oppose the measure.

Others, like Rep. Tom Malinowski, a Democrat from New Jersey, said they were unhappy with Democratic language being stripped or watered down in the bill but the changes were not enough reason to vote no.

“All of us are unhappy about some aspect of it or the other, but this would not cause me to vote against it,” Malinowski told reporters. “I’m a pro-defense Democrat and I want to support our armed forces, and I think the bill does so in many appropriate ways.”

The original House measure was considered so unpalatable by House Republicans that every member of the conference voted against it when it first came to the floor — an unheard-of occurrence for the annual Pentagon policy measure, which traditionally enjoys wide bipartisan support.

Still, with the support of Republicans and the effusive backing of Trump himself, the bill passed the House by a comfortable margin and is expected to have an easy path to the President’s desk.

The $738 billion package also involves a 3.1% pay raise for military personnel and would repeal a long-standing offset policy that blocked some Gold Star families from receiving full survivors benefits.

That law, deemed the “widow’s tax” by opponents, faced added scrutiny from survivors advocacy groups and members of Congress after some Gold Star families experienced higher tax bills in the wake of the 2017 Republican tax law.

The new paid parental leave policy applies to federal workers across the government, giving all federal employees 12 weeks of leave for both mothers and fathers of newborns, newly adopted children or foster children.

There is currently no parental leave policy for federal government employees.

The United States does not have a federal parental leave policy or law that applies nationwide, either. It is the only industrialized nation that does not have one.

“We in the federal government, I believe we should lead by example, and this is a perfect opportunity to do that,” Rep. Jennifer Wexton, a freshman Democrat from a northern Virginia district where many federal employees live.

“This is going to help us attract a new generation of federal workers,” she added. “Our federal workforce has been aging. We need to make sure we can attract and retain people who want to work for the federal government. This will help.”

The initial provision in the bill would have established paid parental leave for military and Department of Defense employees, but Democrats were able to extend the policy to all federal employees, Wexton said.

The American Federation of Government Employees, a labor union that represents the largest number of federal employees, strongly supported the provision.

“The agreement is a watershed moment that sets the stage for achieving the ultimate goal of providing all American workers with paid family leave,” federation National Secretary-Treasurer Everett Kelley said in a statement. “This new paid benefit will help federal employees better balance their work and home lives.”

The bill also establishes a Space Force as a branch of the US military, housed within the Air Force.

Senate Armed Services Chairman Jim Inhofe, an Oklahoma Republican, said the final product was a compromise, but the “one thing in particular” the President wanted to secure in the bill was the Space Force provision.

Inhofe noted the legislation rearranges resources within the military that are already working on space matters, rather than adding new employees and an entirely new division.

“We’ve done a good job on our space activity. One of the problems we’re faced with our allies is that both Russia and China had a space force, but we didn’t have one, because we had the Navy and the Air Force,” Inhofe said. “They were working very well together, but there could be better coordination. That’s primarily what it is.”