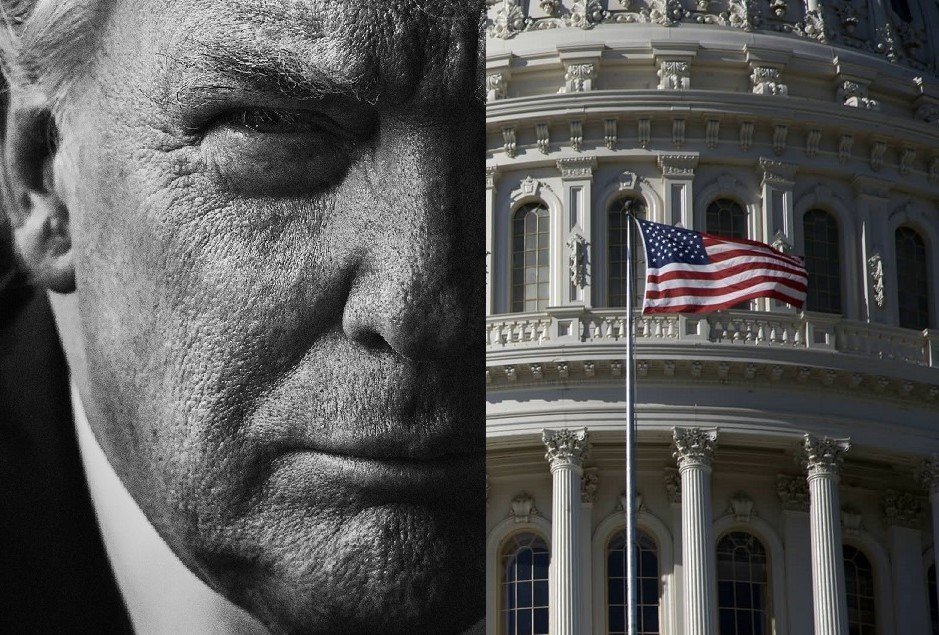 The House Intelligence Committee released a lengthy report today outlining their weeks of evidence-gathering as part of the impeachment inquiry, laying out in granular detail their allegations that President Trump abused the power of his office.

The 300-page report does not recommend specific articles of impeachment — a task under the charge of the Judiciary Committee — but it paints a damning portrait of Trump’s dealings with Ukraine and hints strongly that those actions merit his removal from office.

Most of the details contained in the report were previously known, following weeks of interviews with more than a dozen administration officials with a window into Trump’s dealings with Kyiv.

But the sweeping summary does uncover new elements surrounding the affair, including new details about extensive phone communications between some of the key players in the saga, including Rudy Giuliani, Trump’s personal lawyer; Lev Parnas, a Soviet-born business associate of Giuliani’s; and John Solomon, a conservative columnist, who published a series of articles pushing debunked theories about U.S.-Ukraine relations.

“The evidence is clear that President Trump used the power of his office to pressure Ukraine into announcing investigations into his political rival, former Vice President Joe Biden, and a debunked conspiracy theory that it was Ukraine, not Russia, that interfered in the 2016 election,” three House Democrat chairs said in a statement.

“These investigations were designed to benefit his 2020 presidential reelection campaign.”

The report, which the Intelligence panel is poised to transmit to the Judiciary Committee Tuesday evening, lays out details that Democrats hope will boost their case that Trump sought to leverage his office for personal political gain at the expense of national security.

That argument rests primarily on the allegation that Trump used the most powerful office in the world to press Ukrainian leaders to open investigations that would boost his reelection chances next year.

Speaker Nancy Pelosi (D-Calif.) has described Trump’s pressure campaign as “bribery” — one of the Constitution’s few named impeachable offenses. And while the Intelligence Committee report did not adopt that term, it detailed that charge in everything but name.

“The President was withholding officials acts while soliciting something of value to his reelection campaign — an investigation into his political rival,” the report reads.

In particular, Democrats allege that Trump sought to use the possibility of a White House meeting and nearly $400 million in U.S. aid as leverage to get Ukrainian President Volodymyr Zelensky to publicly commit to opening two investigations: one into unfounded claims that it was Kyiv, not Moscow, that interfered in the U.S. elections of 2016; the other into Biden, a leading presidential contender in 2020, whose son sat on the board of a Ukrainian energy company.

The Democrats asserted that the evidence they collected in recent weeks is “clear” that Trump “conditioned official acts on the public announcement of these investigations: a coveted White House visit and critical U.S. military assistance Ukraine needed to fight its Russian adversary.”

Committee Democrats also hammered the White House for its blanket refusal to cooperate in the impeachment inquiry. In an unsubtle historical comparison, they noted that obstruction of Congress was one of the articles of impeachment lodged against President Nixon, who was forced to resign in 1974, and suggested Trump will face a similar charge.

“It would be hard to imagine a stronger or more complete case of obstruction than that demonstrated by the President since the inquiry began,” they wrote.

The Democrats’ report is the result of an extensive, if fast-moving, investigation that featured interviews with 17 top diplomats and national security officials with insights into Trump’s handling of foreign policy in Kyiv. The Intelligence Committee, led by Rep. Adam Schiff (D-Calif.), will meet tonight to adopt the report with a vote that’s almost sure to fall along strict partisan lines.

Afterwards, the impeachment inquiry will shift to the Judiciary Committee, which is charged with crunching the investigators’ findings to determine if Trump’s actions rise to a level of misconduct meriting impeachment.

Led by Rep. Jerrold Nadler (D-N.Y.), the Judiciary panel is set to stage its first hearing on the Ukraine affair Wednesday morning, when lawmakers will hear from four constitutional experts — three invited by Democrats and one by Republicans.

The GOP leaders of the Intelligence Committee had issued their own report on Monday, arguing that Trump did nothing wrong in his dealings with Zelensky and other Ukrainian leaders.

Trump, they argued, was merely seeking to ensure that U.S. tax dollars were not wasted to corruption in a country long known for it.