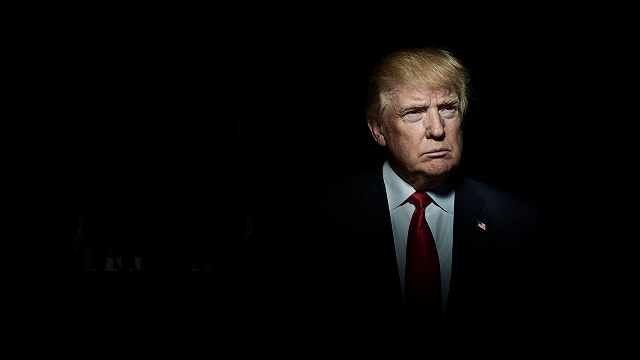 President Trump today became the third president in America history to be impeached by the House of Representatives.

The historic vote split along party lines, much the way it has divided the nation, over the charges that the 45th president abused the power of his office by enlisting a foreign government to investigate a political rival ahead of the 2020 election.

Then a majority of the House approved a second charge, that he obstructed Congress in its investigation.

The articles of impeachment, the political equivalent of an indictment, now go to the Senate for trial.

If Trump is acquitted by the Republican-led chamber, as expected, he would have to run for reelection carrying the enduring mark of impeachment on his purposely disruptive presidency.

At the heart of the Democrats’ case is the allegation that Trump tried to leverage a White House meeting and military aid, sought by Ukraine to combat Russian military aggression, to pressure Ukrainian President Volodymyr Zelensky to launch an investigation of former vice president Joe Biden and his son Hunter Biden, as well as a probe of an unfounded theory that Kyiv conspired with Democrats to interfere in the 2016 presidential election.

In impassioned remarks on the House floor, an icon of the civil rights movement called on his House colleagues to be “on the right side of history” by voting for impeachment.

Lewis went on: “When you see something that is not right, not just, not fair, you have a moral obligation to say something, to do something. Our children and their children will ask us: ‘What did you do?’ ”

Republicans mainly ignored the facts during their defense of Trump, instead suggesting it was just a political stunt and an effort to overturn his 2016 election.

Rep. Barry Loudermilk (R-GA) argued that Trump was denied even the feeble due process that Pontius Pilate granted Jesus before his crucifixion.

“When Jesus was falsely accused of treason, Pontius Pilate gave Jesus the opportunity to face his accusers,” Loudermilk said. “During that sham trial, Pontius Pilate afforded more rights to Jesus than Democrats have afforded this president in this process.”

Trump’s mad-king conduct has been stress-testing American democracy since he was sworn in.

House Speaker Nancy Pelosi, for so long reluctant to pull the impeachment trigger, did so after Trump pressured Ukraine for political favors.

“If we do not act now, we would be derelict in our duty,” Pelosi, wearing solemn black and a pin resembling the mace of the republic, told the chamber at noon. “He gave us no choice.”

Thus with myriad allusions to the constitution, democracy and the founding fathers, Democrats sealed Trump’s fate as the third US president to be impeached.

But the differences from Bill Clinton’s punishment, 21 years ago almost to the day, were instructive about what the future holds.

As Republicans kept reminding the House, there was no bipartisan support this time.

At this stage in the game, Clinton was penitent and his backers were generally willing to admit he did wrong, though they held that impeachment did not fit the crime.

Trump, by contrast, released a primal scream of a six-page letter to Pelosi on the eve of impeachment, full of sound and fury and deranged claims such as “more due process was afforded to those accused in the Salem Witch Trials”.

And his Republican allies remained in lockstep, showing no signs of even beginning to listen to Democratic arguments or find a sliver common ground.

In short, like the Beatles, Trump is now bigger than Jesus in the eyes of his cultlike fanbase.

For them, what does not kill him makes him stronger.

This is why the consequences of today are harder to discern.

It is true Trump will have to fight the next election with a millstone around his neck.

His Democratic opponent will surely warn against re-electing a man who, as school textbooks will forever record, abused his office, obstructed Congress and seems disposed to do so again.

But even for progressives, Trump’s dealings with Ukraine seem less likely to be a galvanizing force than his casual misogyny or racism, his caging of children on the border or his economically and environmentally destructive policies.

The predictability of the outcome hasn’t helped and the same spoilers will be true when Trump goes on trial in the Senate in January.

The majority leader, Mitch McConnell, has already promised to coordinate with the White House, while South Carolina senator Lindsey Graham has announced he will not be an impartial juror.

A handful of Republicans could yet rebel, or at least cause trouble, but expect a boost in morale, if not morals, for the president.

Trump, meanwhile, traveled to Battle Creek, Mich., for a “Keep America Great” rally, which started around the time of the vote on his impeachment.