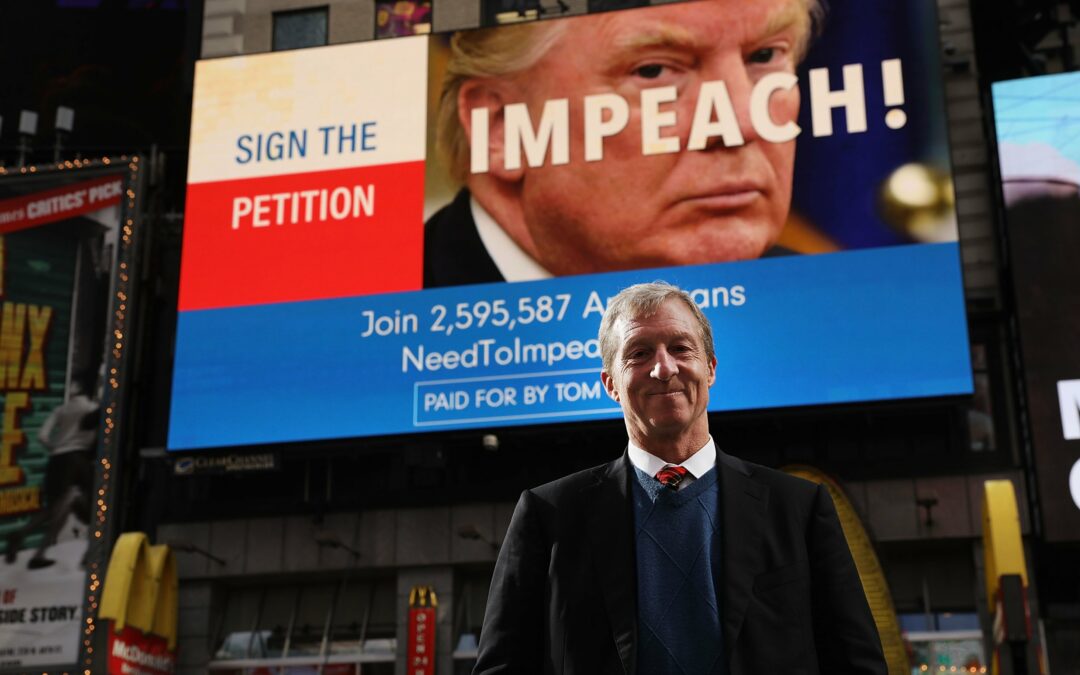 The Steyer campaign, in a release today, said, “Trump’s campaign prides itself on hoarding websites of political opponents, but they forgot to pick up the URL for their signature re-election slogan, ‘Keep America Great.'”

The result: A visit to the website with the Trump slogan now reveals the headline, “Trump is a fraud and a failure.”

It offers the opportunity to purchase a bumper sticker which the campaign says “highlights what a majority of Americans already know about Donald Trump,” that he’s “borrowed billions of dollars to bankrupt businesses.”

It’s unclear how much Steyer paid for the domain name.

The records also show the domain registration was updated Sunday.

While Steyer’s campaign said Trump “forgot” to purchase the domain, it’s possible the president’s campaign chose not to pay the asking price or that the owner decided not to sell it to Trump.

The website domain now owned by TomSteyer.com also makes the pitch that Steyer, who made millions in financial markets, is especially well-suited to “go toe-to-toe with Donald Trump on the economy.”