Trump’s FBI Director: “NO Evidence – NONE – Ukraine Interfered In ’16 Election” 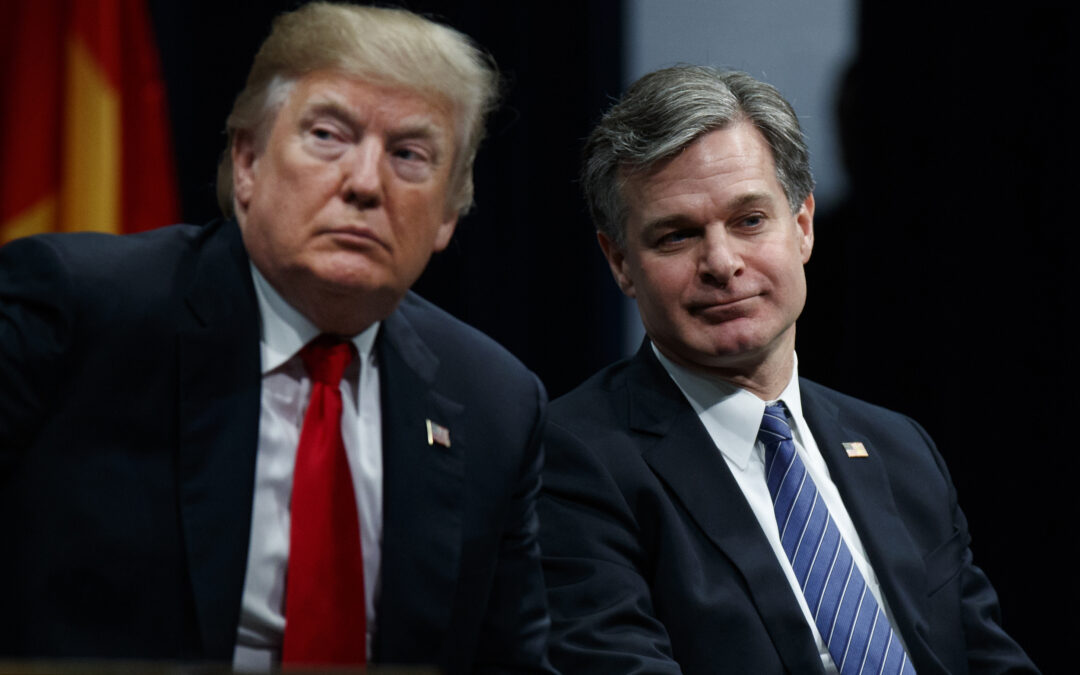 FBI Director Christopher Wray has undercut a theory pushed by President Trump and some of his Republican allies that the government of Ukraine meddled in the 2016 election.

“We have no information that indicates that Ukraine interfered with the 2016 presidential election,” Wray told ABC News in an exclusive broadcast interview on Monday.

Wray is the most senior, currently serving, government official to undercut the claim — pushed as recently as Sunday by Sen. Ted Cruz, R-Texas, in an interview about the ongoing impeachment inquiry.

“Here’s the game the media is playing. Because Russia interfered, the media pretends nobody else did. Ukraine blatantly interfered in our election,” Cruz said Sunday on NBC’s “Meet the Press.”

When asked about the claim, Wray urged Americans to be cautious about their sources of information.

“Well, look, there’s all kinds of people saying all kinds of things out there. I think it’s important for the American people to be thoughtful consumers of information, to think about the sources of it and to think about the support and predication for what they hear,” he said. “And I think part of us being well protected against malign foreign influence is to build together an American public that’s resilient, that has appropriate media literacy and that takes its information with a grain of salt.”

Trump lashed out this morning at Wray, saying that “he will never be able to fix the FBI” based on his reaction to a Justice Department inspector general’s report examining the bureau’s investigation of Trump’s 2016 campaign.

“I don’t know what report current Director of the FBI Christopher Wray was reading, but it sure wasn’t the one given to me,” Trump tweeted. “With that kind of attitude, he will never be able to fix the FBI, which is badly broken despite having some of the greatest men & women working there!”

The 434-page report rebutted conservatives’ accusations that top FBI officials were driven by political bias to illegally spy on Trump advisers as part of the investigation of election interference by Russia, but it also found broad and “serious performance failures” requiring major changes.