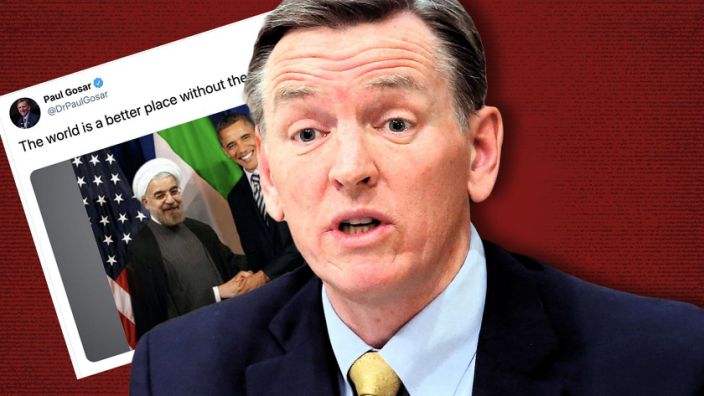 Rep. Paul Gosar, an Arizona Republican so wacky his own brothers and sisters endorsed his Democratic opponent in the last election, is now in hot water for tweeting out a fake photograph of former President Obama and Iranian President Hassan Rouhani shaking hands.

It’s a fake, and Gosar now claims he knew it all along.

The doctored image was first used in 2015 by a super-PAC supporting Sen. Ron Johnson, R-Wis. 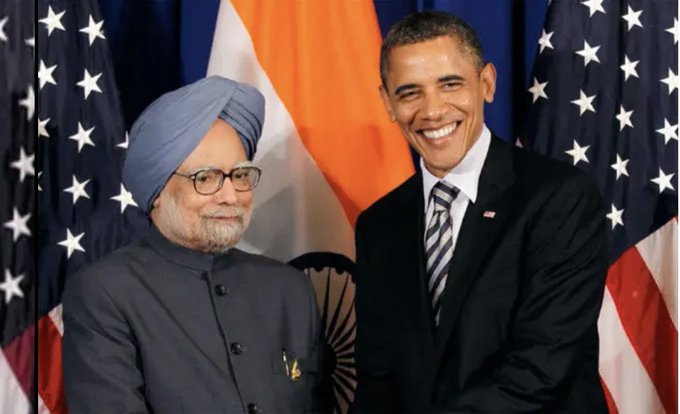 Gosar tweeted out a photo-shopped picture of Obama with Rouhani, writing: “The world is a better place without these guys in power.”

The world is a better place without these guys in power. pic.twitter.com/gDoXQu9vO5

In fact, Obama and Rouhani have never met.

And, here’s the big kicker, Rouhani is still in power.

Gosar, a former dentist, defended posting the doctored image, writing, “no one said this wasn’t photoshopped.”

But his original post did not indicate that it was faked.

The truth doesn’t really have much impact on Gosar who has developed a lightweight reputation on Capitol Hill.

And it’s not just his colleagues who think little of him.

“It would be difficult to see my brother as anything but a racist,” Grace Gosar said in a campaign ad.

In October 2017, he suggested that the deadly white-supremacist rally in Charlottesville, Virginia, was planned by “an Obama sympathizer” and that liberal activist George Soros may have been a Nazi collaborator as a youth.

Both suggestions were lies.

Next to Gosar was a poster of Cohen emblazoned with slogan.

Perfect, if you’re in an SNL skit, not Congress. (SNL did mock Gosar that weekend) 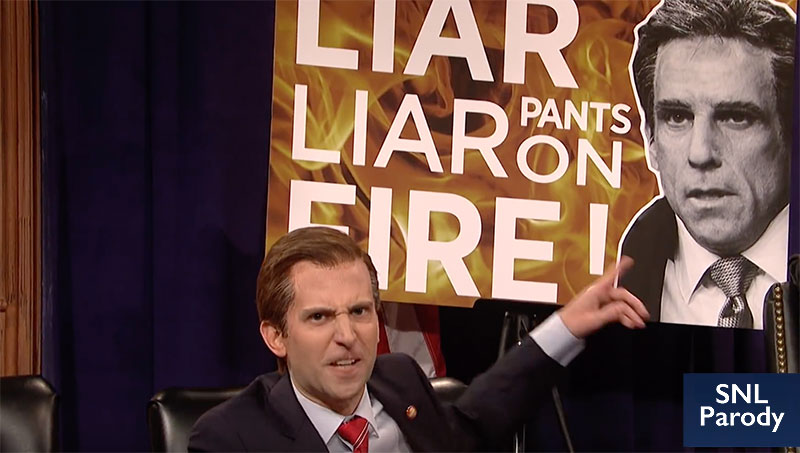 Gosar, who grew up in western Wyoming, represents the 4th Congressional District, Arizona’s most Republican-leaning.

It spans northwest Arizona, from the Nevada border down past Lake Havasu City along the Colorado River to Yuma, and sweeps across the rural outskirts of the East Valley.

It is a district that once was represented by Bob Stump, a well respected and admired Democrat-turned-Republican who never made national headlines as a fool.