Fox Close To Reviving 24 – Would Tom Ellis Be Perfect Ally/Antagonist For Jack Bauer?

Fox Entertainment President Michael Thorn hinted last week that a new incarnation of 24 may be in the works.

The new concept, that has been gaining momentum, is being developed by The Resident showrunner Todd Harthan with 20th Century Fox TV and Imagine TV.

Starring Kiefer Sutherland, each episode of the real-time show covered one hour of a day in the life of federal agent Jack Bauer as he raced against the clock to subvert terrorist plots and save the nation from disaster.

The original series ran for 195 episodes, plus two spin-off series and a TV movie.

Sources stress that talks are still very preliminary and there is no one attached but Gordon indicated that we may know more in a couple of months.

“I hope that there will be some traction this spring, just deciding what it might be,” he said.

The big headline being it has to be worth doing.

‘We can’t do it to just do it,’ continued the veteran producer of The X-Files. ‘Todd Harthan who is running The Resident is working on it.’

According to Deadline, there are early talks in place for any new version to bring back Sutherland as Bauer.

Sutherland originally played the Counter Terrorism Unit (CCU) agent for eight seasons from 2001 to 2010, before reprising the part in limited series 24: Live Another Day in 2014.

And if Sutherland returns, Jack Bauer will need his share of friends and enemies to make the drama work.

One of the names that could soon be in the mix is Lucifer’s Tom Ellis, who is scheduled to finish up playing the devil early this year.

Ellis has done an impressive job playing Lucifer with an equal amount of intensity and humor.

Honestly, who else could have balanced making the devil amusing and likeable, while keeping a high level of fear?

Ellis would be perfect in the 24 format, leaving fans wondering until the end of the season whether he’s a good guy or bad. 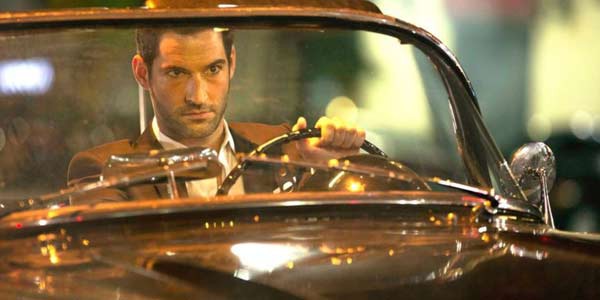 Hiring Ellis would be a good way for Fox to recognize the mistake it made.

The final season of Lucifer will be dropped in two 8-episode packages starting this spring.

Two potential 24 offshoots – ‘a real-time legal thriller’ and ‘a prequel that traces the origin story of CTU agent Jack Bauer’ failed to progress to the pilot stage.

Fox later produced a spin-off without Sutherland or the Bauer character in 2017, but 24: Legacy – fronted by Corey Hawkins as new character Eric Carter – received mixed reviews and was cancelled after a single season.

In 2018, Sutherland suggested that he would “never say never” to reprising Bauer again.

“We shot the last season [Live Another Day] here in London and I didn’t expect to do that,” he told ITV’s Lorraine. “I said we were never doing 24 again, I was wrong, so I learned to stay quiet about that.”

And maybe Tom Ellis will be part of that story.