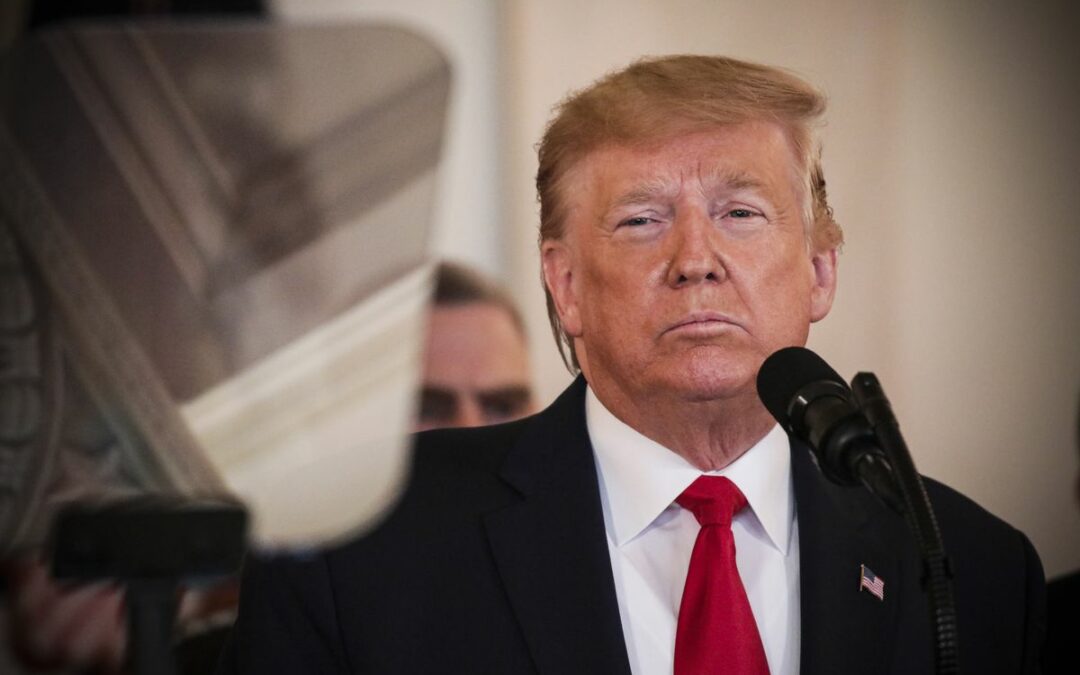 The 224 to 194 vote fell largely along party lines, with only three Republicans and Republican-turned-independent Justin Amash (Mich.) voting for the resolution from Rep. Elissa Slotkin (D-Mich.).

Eight Democrats opposed the measure, which instructs Trump “to terminate the use of United States Armed Forces to engage in hostilities in or against Iran or any part of its government or military” unless Congress has made a declaration of war or there is “an imminent armed attack upon the United States.”

The vote comes just a day after the administration’s top national security officials met with lawmakers behind closed doors to discuss the intelligence and decision-making that informed Trump’s order to kill top Iranian military commander Qasem Soleimani, who was responsible for the deaths of more than 600 U.S. troops since the 2003 invasion of Iraq.

Yet Democrats and a handful of Republicans emerged from those briefings so frustrated by the administration’s refusal to fully engage Congress that it fueled new momentum behind efforts to restrain Trump’s actions as commander in chief when it comes to Iran.

Rep. Matt Gaetz (R-Fla.), a close Trump ally who has publicly defended the strike, spent a significant amount of time following Wednesday’s briefings in discussions with House Democrats about fine-tuning the resolution.

On Thursday, he announced on the floor that he would support it.

“I support the president, killing Soleimani was the right decision. But engaging in another forever war in the Middle East would be the wrong decision,” Gaetz said, announcing his yes vote.

But the critical forum is the Senate, where Democrats are in the minority and will need the help of at least four Republicans to pass a similar war powers resolution from Sen. Tim Kaine (D-Va.), which could come up for a vote as early as next week.

Republican Sens. Mike Lee (Utah) and Rand Paul (Ky.) committed to supporting Kaine’s resolution upon exiting the administration’s briefing Wednesday, after administration officials failed to specify when, if ever, they might seek Congress’s approval for military strike.

“They struggled to identify anything,” Lee told reporters, complaining that the officials instead communicated that lawmakers “need to be good little boys and girls and run along and not debate this in public. I find that absolutely insane. I think it’s unacceptable.”

Kaine said Thursday that he is discussing his resolution with Sens. Susan Collins (R-Me.) and Todd C. Young (R-Ind.), in addition to Lee and Paul, each of whom has proposed changes to the text — such as removing language that specifically addresses Trump by name — that could help build a critical mass to get it across the Senate floor.

Procedurally, it is likely that the House will have to take up the Senate’s resolution, should it pass in that Chamber, in order to send Trump a war powers resolution that has the weight of potential law.

It is also extremely likely that the president will veto it — and that Congress will not be able to muster the votes to override that veto.

But Kaine sounded undeterred Thursday about that ultimate prospect, arguing that Congress could still influence Trump’s thinking, even if supporters cannot override his veto.

As evidence, he pointed to last year’s experience when Congress voted to invoke its war powers to curtail U.S. support for the Saudi-led military campaign in Yemen.

“He vetoed it, we couldn’t override it. But he stopped doing what we were complaining about. It had an impact,” Kaine said, noting that the administration stopped refueling Saudi jets. “President Trump may not care about Congress, but he does care about the American public … and if he sees a strong vote on this, and it goes to him, it’s an expression not just of what we think but of what our constituents think.”

At this point however, Republicans and Democrats remain bitterly divided over whether Trump’s strike was prudent and justified, or illegal and reckless, with the dispute coming down to whether Soleimani posed such an imminent threat to warrant going after him without the consent of Congress.

The administration has argued that it had a right to target Soleimani under the Congress’ 2002 authorization for use of military force in Iraq and the president’s constitutional right to self-defense of troops directly and imminently in harm’s way.

The war powers resolutions going through Congress recognize an exception for an imminent threat, but Democrats are not buying the Trump administration’s argument that one existed — and are upset with the administration for withholding intelligence from lawmakers that could inform their determination.

“We deserve the respect from the administration, and the Congress deserves by dint of the Constitution, the requirement of the Constitution, to consult Congress,” House Speaker Nancy Pelosi (D-Calif.) said Thursday, arguing that the administration’s justification for the strike should be redacted and made available to the American public as there was “no reason for it to be classified.”