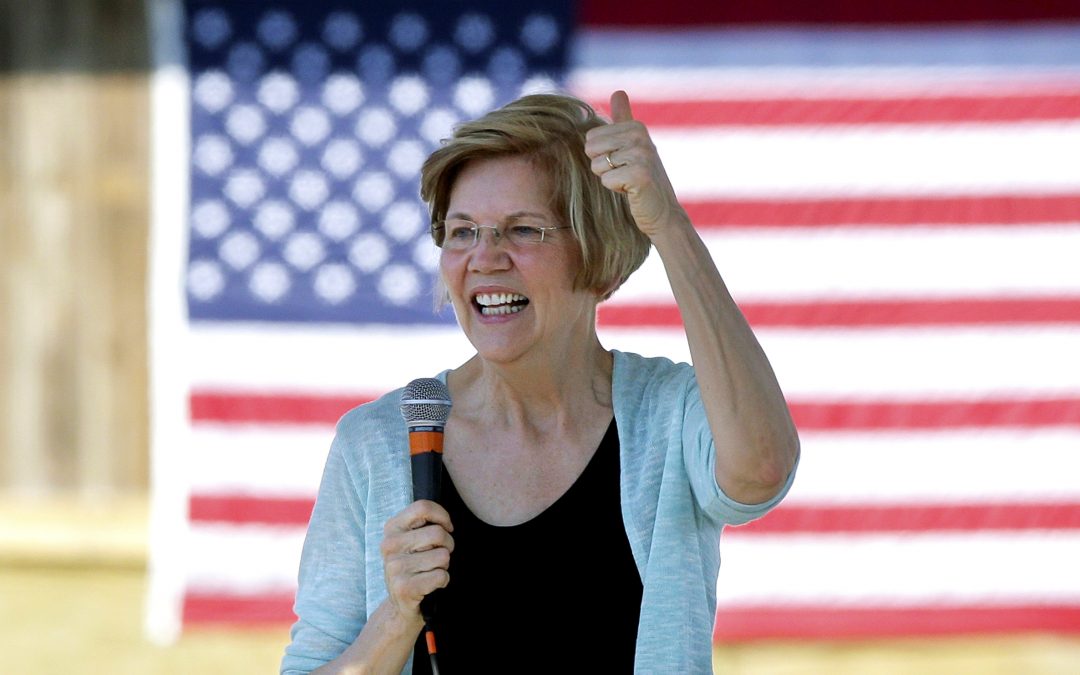 Elizabeth Warren has won the coveted endorsement of Iowa’s top newspaper — a significant boost for the Massachusetts senator’s campaign in the highly competitive, first-in-the-nation presidential contest.

The Des Moines Register’s editorial board interviewed nine Democratic candidates who have spent significant time in Iowa before announcing its decision late today.

“At this moment, when the very fabric of American life is at stake, Elizabeth Warren is the president this nation needs,” the board wrote.

The endorsement comes nine days before the Feb. 3 caucuses, providing enough time for Warren to highlight it in ads. In another highly anticipated marker next Saturday, the Register’s final poll which be published online and revealed live on CNN.

The Register is the most important media endorsement in the state.

Its effect may be even more pronounced this year because polling indicates the race is still up for grabs and a significant portion of caucus-goers are open to supporting a candidate who isn’t their first choice.

In endorsing Warren, the paper rejected the premise laid out by some of Warren’s critics that her ideas are too “radical” for America today, noting that she was a registered Republican until the 1990s and fundamentally believes in capitalism.

In the endorsement, the Register said many of her bold ideas to bring structural change to the American economy, including establishing universal healthcare and childcare and reducing the power of large corporations, “are not radical. they are right. They would improve life in America, and they are generally shared by the other Democratic candidates.”

They said that while Warren is “tough and fearless,” she is sure to run up against barriers in the course of implementing her agenda. The board wrote that “to gain the support required to govern, she must show that her vision will lift people up rather than divide them.”

The board ultimately argued: “We need a president who understands that the American dream itself is at risk: the ideal that someone who works hard and plays by the rules can get ahead, and that their children will do even better. With Warren, the Oval Office will be occupied by someone who has made rebuilding the middle class her life’s work.”

Though Bernie Sanders and Joe Biden have each led in recent polls of the state, they are closely bunched with two other top-tier contenders, Pete Buttigieg and Elizabeth Warren.

Two of the top four candidates — plus Minnesota Sen. Amy Klobuchar, who polls a distant fifth — are stuck in Washington, D.C., six days a week until the conclusion of President Donald Trump’s impeachment trial in the Senate.

That reality has forced the senators to dispatch surrogates across the state throughout the week while Biden and Buttigieg continue to campaign there themselves. Sanders, Warren and Klobuchar, however, traveled to Iowa on Saturday for events before they’re scheduled to return to Washington on Monday.

In the latest Iowa poll, published this week by The New York Times/Siena College, Sanders led the pack with 25 percent support, followed by Buttigieg at 18 percent, Biden at 17 percent, Warren at 15 percent and Klobuchar at 8 percent.

Nearly 40 percent of likely caucus-goers said they could be persuaded to support a candidate who isn’t their first choice.

Candidates must garner 15 percent support in precincts to reach so-called viability, which makes them eligible to win delegates to the Democratic National Convention.

Supporters of candidates who aren’t viable in the first round of voting can switch to another candidate in the second round.

Despite recent endorsements from The New York Times — which also backed Warren — and the Quad-City Times, Klobuchar appears to be in jeopardy of falling short of the 15 percent threshold in precincts.

If that happens, Biden would be the biggest beneficiary, as a majority of Klobuchar’s supporters said they would back the former vice president if they had to choose among the top four candidates.

Biden is already bolstered by some of the state’s top Democrats: Tom Vilsack, the former governor and President Barack Obama’s agriculture secretary, and his wife have backed Biden, as have Reps. Cindy Axne and Abby Finkenauer, two of the state’s three congressional Democrats.