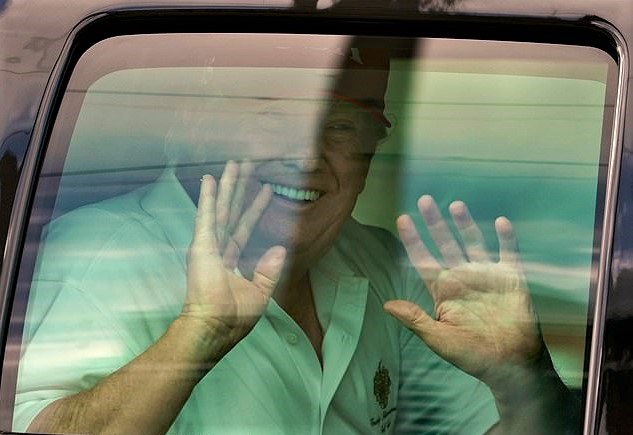 Donald Trump rang in 2020 at his Mar-a-Lago estate after motorcading to his West Palm Beach golf club.

Trump hitting two of his properties in one day isn’t uncommon during his Florida stays – and has become a larger theme of his presidency.

He spent 85 days at Trump-branded golf properties, which averages to about one trip every five days.

The president blasted the press earlier this week for reporting that he had played golf at his West Palm Beach property when he really had just been there for a meeting.

But he does play a lot of golf.

President Obama, who Trump famously criticized for playing golf too much, played 333 rounds of golf during his eight years in office.

That means Trump is on track to match Obama in half the time.

Trump once said this about golfing during a campaign rally in August, 2016:

Anyone who believed him must be disappointed.

Between 2011 and 2016, Trump tweeted at least 27 complaints, jokes, or scoldings about Obama playing golf while president.

Here are a few gems:

We pay for Obama’s travel so he can fundraise millions so Democrats can run on lies. Then we pay for his golf.

Can you believe that,with all of the problems and difficulties facing the U.S., President Obama spent the day playing golf.Worse than Carter

Obama should play golf with Republicans & opponents rather than his small group of friends. That way maybe the terrible gridlock would end.